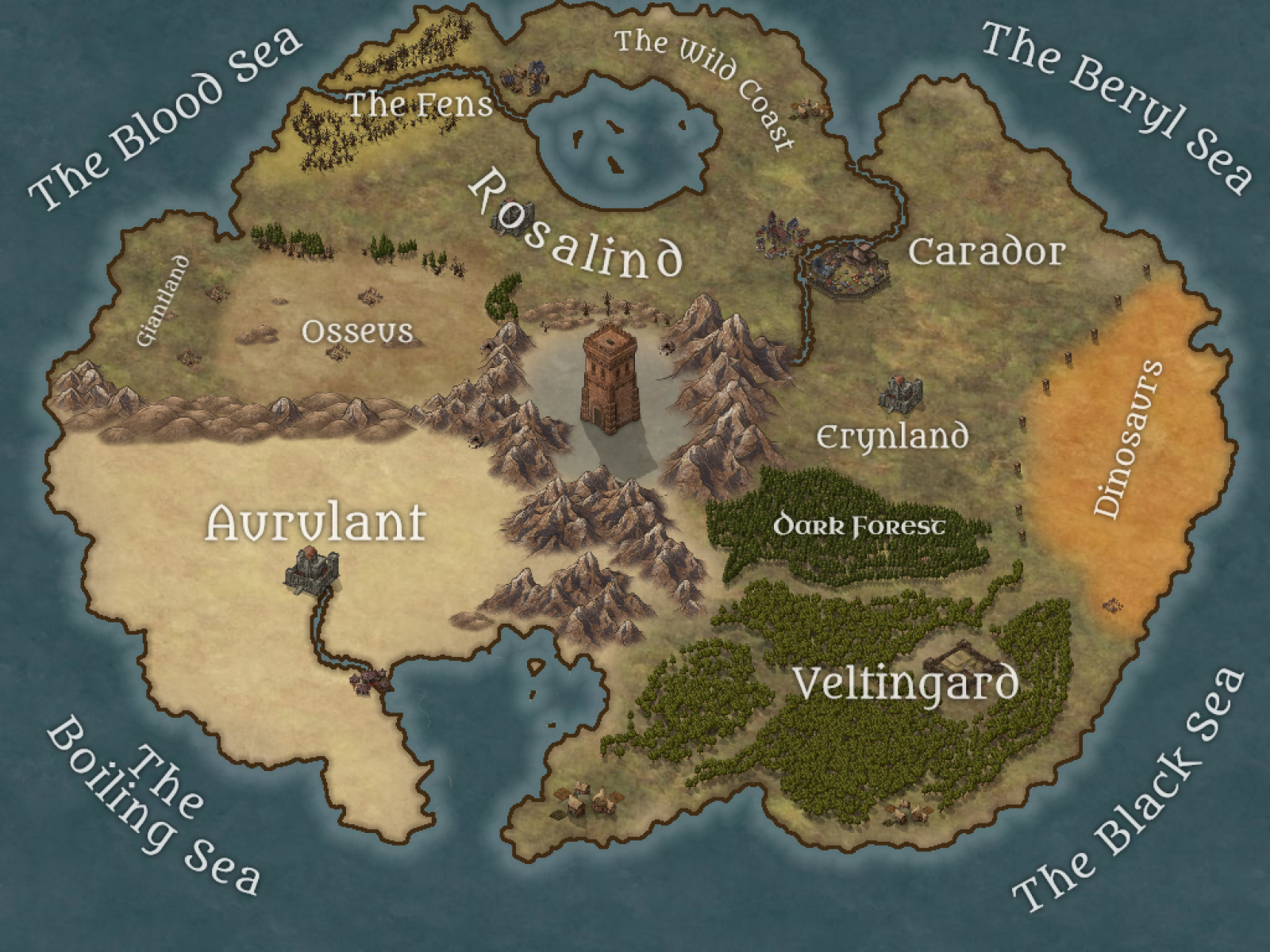 Christopher Perkett
Legends say that all life in the world began with a rainbow. Eoa the Rainbow, son of Raya the Sun and Skeinor the Storm, created all life and forged a great empire that lasted a thousand years. Whether true or myth, all but the smallest traces of the ancient Chromatic Empire have been lost to time. Now, the dying great Kingdom of Rosalind, once the premier nation in the land, has faded, beset on all sides by monsters and evil plots. The other countries - Carador, Erynland, Veltingard and Aurulant, strive to forge their own destinies, against the darkness and each other.

And in the center of it all, surrounded by land so barren that it can only be known as The Desolation, is the massive Dark Tower. Legends tell many tales of the Tower, none of them pleasant. It is a fortress of evil, its shadow fouling all of the lands that it touches. And it touches every land in their turn.

The Fourth Age has begun, marked by the fall of a bearded star. In Avencourt, the largest and greatest city in the world, the Guild of Valor has announced that for the first time in a generation, they are expanding their ranks with new adventurers and explorers who are ready to become heroes. Come, heroes! And explore the Lands Of Legend!
This is a campaign world for a game played on the Roll20 online gaming platform: https://app.roll20.net/campaigns/details/6773247/lands-of-legend

Lands of Legend has 5 Followers