"Those above water despise us, misunderstand us, and seek to harm us. Every single transformed siren once hated us, and none of them have done anything to earn our respect or our hospitality."
-Dok Letho Freafel, Skee Siren

In the year 1034, a skee siren named Dok Letho Freafel began freely sharing his opinions on the way siren society is run. Disgusted by the pandering toward recently transformed sirens when he and his family had been born sirens for many generations, he began spreading this message to other old siren families: they were superior.   Freafel spoke out frequently against the Tudine's decisions, and over time, other sirens began to back his opinions. One of his key points was that transformed-sirens came from a world that believed sirens are evil, heartless creatures seeking only to drown others for fun. Despite Freafel's popularity, the movement never gained much power.   The idea that born-sirens were purer gained more traction again in 1167, when a bumer siren named Tolo-Tolk began to speak on it as something that harmed transformed sirens, rather than something that made born-sirens superior.

"Those that come to the water come because they wish to die, not live. It is unfair of us to keep them alive. We are stealing people's autonomy, which is the same as stealing a life."
-Tolo-Tolk, Bumer Siren

To this day the Freafel family keeps to themselves and other "clean" siren lineages, such as Tolo-Tolk's descendants. Most sirens, disregard their opinions as elitist, but these families do stir up trouble and there are rumors that they are trying to be the first to overthrow the Tudine reign.

Over time, as these families have spent more isolated time with each other, they have developed some of their own cultures and phrases. The Freafel dialect is older as it lacks the frequent slang brought in from new transformed-sirens.

"I met a young siren related to Tolo-Tolk once, and if felt a little as if they spoke a different language. I didn't know how to relate to them at all. They didn't know or seem interested in any of the local gossip."
-Anonymous shopkeeper

These families are very interested in and take pride in family heirlooms. Many of them have jewelry, keepsakes, and homes passed down for many generations. These families often live close together in older parts of the city, where their ancestors homes were first built.

Later generation sirens tend to be more adapted to water than transformed-sirens. They are usually not amphibious and generally do not have legs or other land-animal anatomy. More aquatic, graceful appearances are generally more valued in siren society, a subtle nod in favor of Freafel ideology.

The Dok Fish is a common Freafel mark used to covertly communicate. It depicts a fish with two lines running across it perpendicularly. The fish represents Freafel ideal, of aquatic adaptation, and the lines represent swimming against the current, so to speak. 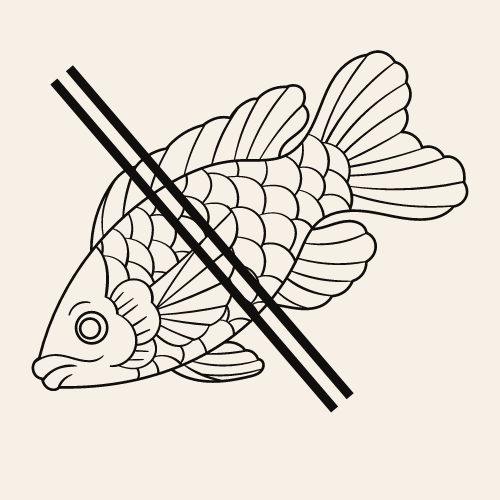 Remove these ads. Join the Worldbuilders Guild
The True Ones
The Sirens

This article was originally created for World Anvil Summer Camp 2020 for the prompt: Describe a counter-culture in your world, something outside the mainstream culture of the place.

Yikes, I'm glad this is a minority rather than the majority! I can see where the thoughts and ideals of The Freafel would come from though.

Thank you! I could see it becoming a majority in the future. I feel like there's a lot to unpack that could be parallel to racism. I am also considering how much power they realistically could have, since it's possible to statistically be a minority, but still hold the most political power...

I really like their Dok Fish mark, that is really interesting and clear symbolism.

Thanks! It just kind of happened, lol, so I'm glad that it comes across well.

Ahhh!!! I was so excited when I logged in this afternoon that it was hard to focus on Summer Camp. :D