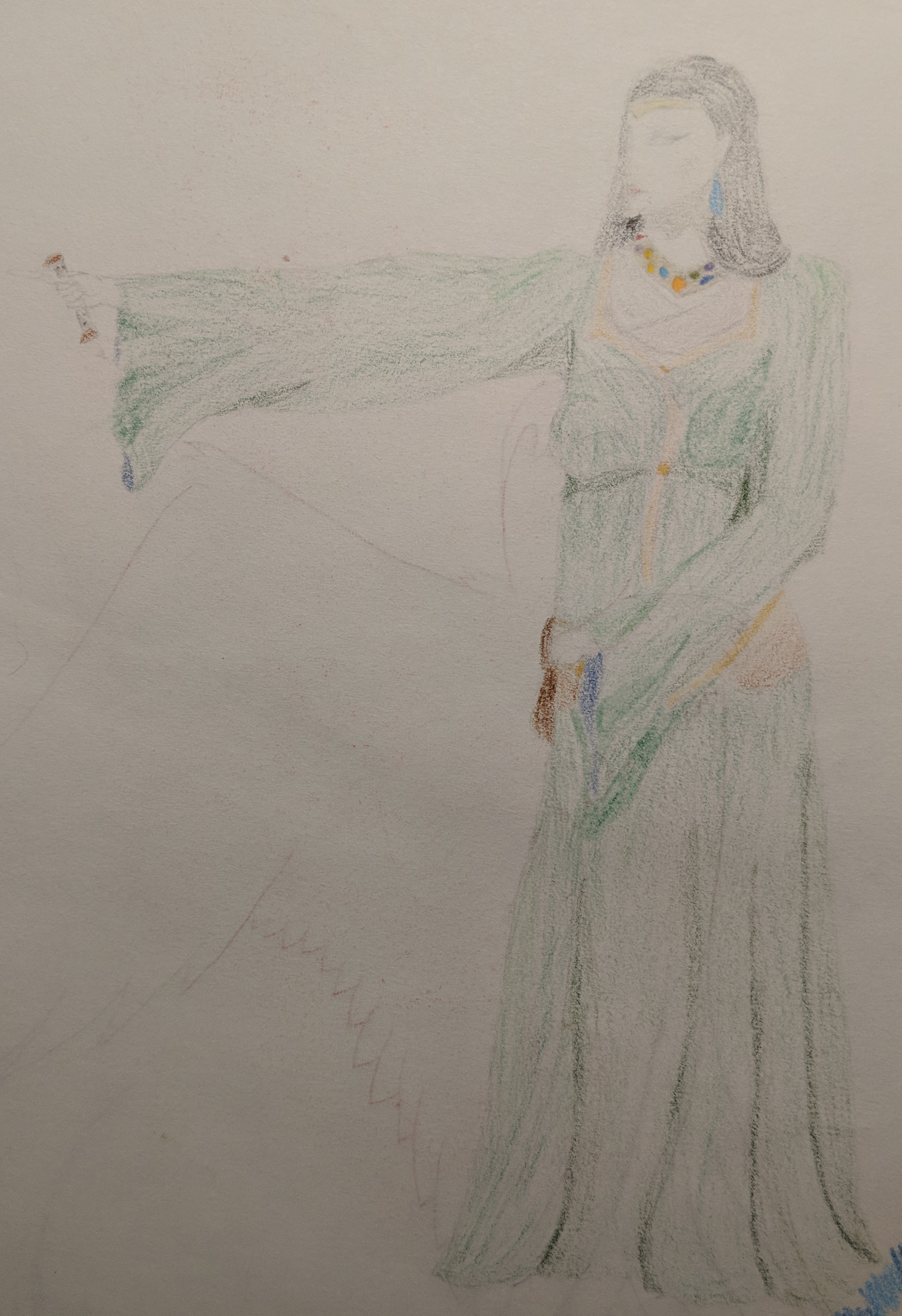 All humi are monochrome, having no color other than that of outside influence. Black, grey, and white, they seem almost as holes in the world. Cut a human open and their innards are the in the same colorless state. Black blood, grey tissue, ghastly white bone, there is no hue in them aside from the food in their stomachs, air in their lungs, or some other foreign body.

They're bipedal with immensely dexterous hands. With opposable thumbs, they are able to manipulate their environment with great efficiency; an efficiency others could only do with telekinesis.

Omnivores.
Originally Humi were hunter gatherers, eating nuts, berries, and other edible plants while on the hunt for larger prey. But Humi, under the control of their Drake masters, had to find someway else to obtain food. A way where they could stay solitary near their masters nest, agriculture (though many scholars belive agriculture to have originated from the Vshawen). They managed to trap and breed beasts while tilling the land and growing feed for themselves and the beasts. Those under the claw of their master did not get to eat much meat, but the idea spread to free humi as well. Humi have now taken this to an extreme, feeding themselves and their families while selling huge amounts of excess to others.

Originally polygamists with one dominant male each woman having nearly seven or more offspring. Now, they have become monogamist. Around the ages of late teens and late twenties, they pare off for life, baring one to three offspring.

Made their homes in Caves and would leave to hunt and intake the day. later they made mobile caves, or tents, to search more broadly for food. eventually they came back to their caves, no longer needing to set out in search off food, but rather than using natural ones they made "houses".

Bathing: Humi use running water to cleanse themselves. The rub themselves and each other to expunge the dirt and grime off their bodies.

Humi are some of the most erratic creatures, doing things that would inevitably cause harm to themselves and others. This quirk shared with others such as the Tsohtsi, but not to the maxim humi have.

The humi’s major Reln is nep, yet they have remarkable equality between all reln.

Their bodies have little to no fur. On their heads they can grow fairly dense hair but will never stop growing throughout their life. The pits of their arms and their groin also grow hair, but much more sparse and with a limit to their length. The rest of the fur or hair they have is predominantly on their arms and legs, but are extremely sparse and short.   Size   1.2-2 meters in height   ---

Visually very similar to Oqmi, but are much more massive and with thinner bodies.   Size   2-5 meters in height   ---

They have more and more coarse hair on their bodies, especially the back of their hands and tops of their feet. They also have distinctly large eyes in proportion to their heads.   Size   0.8-1.2 meters in height   ---

Have pointy ears and longer features. They also have short tails that are thicker at the base and comes to a point at the tip. Their tail is not prehensile and is more akin to a lizards.   Size   1.5-3 meters in height   ---

Furry. Have a long prehensile tail. Hunched over and use their hands for walking on all fours some of the time.   Size   1.2-2 meters in height
Rela