A demon is another variation of an arcane force that can cross the plane and manifest into a corporeal form. They all are not necessarily malicious, but unlike spirits, they often have gruesome forms and their own agendas. Many believe demons to be malevolent spirits mostly due to their ravenous appetites, which differ depending on the type of demon but are often something negative. Similar to spirits, demons can possess the body of a host, but unlike regular spirits, they will immediately twist and corrupt the host's body upon entering.   It has long since been realized by those who study the arcane that demons and spirits are not the same, belonging to the same taxonomic hierarchy: arcanea, but not the same phylum. Demons, unlike spirits, are not known to be able to keep their elysian form for long, often referred to as the glowing orb form. Once a demon passes from the elysian plane to the mortal one, they must immediately begin feeding or find a host. Otherwise, they will wither and die.   Main Differences Between Spirits and Demons
Demons
Spirits

Average demons, also simply known as demons or typical demons, are any demons that cross the plane and take on the characteristics of their host. Though all demons are guided by their own hunger, average demons know nothing but their hunger. They are known as the easiest to summon and vanquish. These demons usually take shape in the form of a host and will simply try to eat as much as possible. They are the easiest to kill, and conventional weapons often do the trick.

Emotional demons are actually the most common demon that people come across. Their intelligence is a step above average demons but still inferior. These demons feed off of the emotions of others and for that, thrive in areas that give off either a specific type of emotion or a lot. These demons typically share the body of their host to avoid corrupting them and thus being spotted. They are prone to either seeking out Ecrids or those with massive ambitions but weak willpower. They are also known as deal demons for even without being summoned, they will attempt to make deals with hosts in able to share their body.

Aura or Cosmos demons are the rarest demons one will come across, but they are also the most powerful. These demons are known to be highly resilient, and even the greatest wielders have been known to be struck down. These demons usually keep to one host, if they even take a host to begin with. They feed on the elements or magic. They are mostly found in magical forests or lingering around ruins. Despite being what they are, these demons are relatively reclusive and shy away from most. Though that does not mean one should go and look for them. Despite their reclusive nature, they are highly territorial and will attack any that threaten their feeding grounds. Due to this, it is not an odd sight to see some Kren and Kreol clans allowing them to stay, creating an interesting, if not odd, partnership between the two.

Essence demons are thought to be the smartest of the demon types. They are highly manipulative, and everything they do is most likely a trick and/or trap. These demons feed on essence, whether that be the essence of their host or the essence of spirits. They will jump from host to host, devouring them before moving on. Those who feed on spirits can usually be found where spirits flock to such as ruins, forests, swamps, and any other natural place where magic is strong. Spirit consumers often will either go without a host or will take on one and stay within them. These demons have the ability to repair their host as long as they are well-fed. In addition, these demons are known to also be able to feed off of other demons, typically emotional demons.

A demon's appetite is ravenous, their need to eat and gorge on whatever pleases them is constant. While some demons follow the taste of carnivores, eating meat and other lifeforms, some demon's appetite includes emotions, auras, magic, etc. It is also possible for a demon to have multiple dietary needs, expanding what they can consume if they are too long stuck on the mortal plane. For example, the demon Ragrez initially fed off of the greed of men. Yet, after being trapped in the ruins, he began to consume the essences of the spirits that flocked to the ruins. Essentially giving himself an unlimited food supply.   If a demon is unable to sustain itself, it will either retreat back to the elysian plane or will begin to wither, becoming susceptible to vanquishing.

A magic wielder can summon a demon through specific spells, each varying depending on the type of demon. As well as this, the kind of demon also changes how much willpower and energy is used to summon it. If a wielder summons a demon and finds themselves weak, there is a good chance they will be possessed, and the demon will do what they wish.   Many wielders summon demons for power reasons. Usually wishing to share their body with the demon to grow more powerful or for the demon to attack a specific thing, person, and/or place. For this, a deal is struck since demons must feed to remain powerful. If the wielder fails to feed them, a demon will either vacate the host's body or, if enough time has passed, can turn on the host and begin devouring them. Wielders may also summon demons to possess fresh corpses with particular brands, allowing said wielder to control the demon as long as the seal/brand is not broken.

Despite what it may seem, the average demon's intelligence is relatively small. It is led by its hunger, and this reason alone is why some demons may appear smarter than other demons. Whereas some demons must only rely on instinct and hunt for their prey, demons who feed on certain emotions must work harder. This means that some demons are manipulative or charming enough to trick others. It has even been known that some demons have led entire towns astray to simply feast. This is the extent of demon intelligence. Everything a demon does, in the end, is to allow it to feed.

All demons can enter a host and take control. Hosts that are close to death, weak, sick, etc. are the best as their willpower allows it to be easily possessed. Once a demon takes over a host, the host is no longer in control, and over time, the host's remaining willpower and essence infuse with that of the demon. The host's body also begins to rot and become corrupted, taking on more of a gruesome look as time passes.   Once a demon has become one with their host, they are able to stay in the body until they abandon it, only the most powerful of spells can cast them out. Another thing that happens during this infusement is that demons also take on behaviors of their host. For example, if a demon possesses the body of a lion, the demon, regardless of their appetite before, will begin to crave meat. 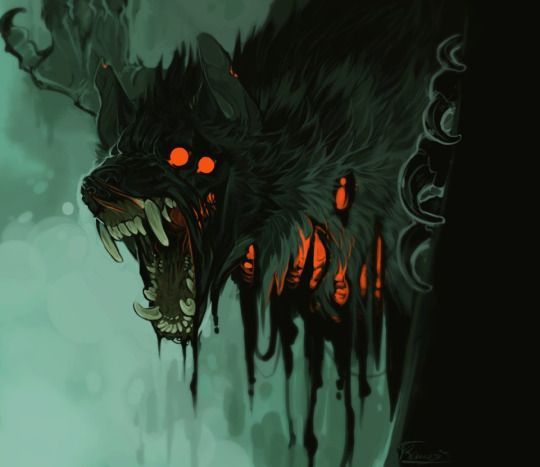 Mutation by Remarin
Demons can also share the body of a host, as well. This usually means that the demon and host agreed on such thing and that the host has enough willpower to keep the demon from overtaking them. If this form of relationship occurs, the host's body will not begin to change. If the demon leaves, then the host retains their memory though many have stated that they feel considerably empty, as well as saying that they crave the need to summon another. If their willpower does diminish over time, the demon can either choose to overtake the host or continue the mutual agreement. Typically, most demons, save for emotional, will take over the host and consume them. Emotional demons are the only type of demon known to avoid overtaking a host for feeding reasons.

A demon typically steals the names of others, making it unfamiliar to have numerous demons waltzing around with the same name as another. Though this is common, more than half of demons one will meet has no name for most have no need for them or forget them easily. If a demon claims to have a name it ...

As a whole, all species look at demons the same, as pests that should be avoided. Those who don't see it this way are typically wielders of magic.

Though many believe that Alyrians are immune to demon possession, the truth is that demons simply do not come across Alyrians as much as others due to the lack of Alyrians who summon them. Most demons, save for emotional ones, view Alyrians as being too quick a meal and not as filling as another. Emotional demons, if pushed, will consume an Alyrian, but will typically seek out another.

For centuries, Aura demons and Kre have had a mutual partnership. The Aura demons keep outsiders away, a task needed by the Kre who protect said places. The partnership between the two typically allow Kre to replenish the magic in said place to keep the demon fed, while the demon allows the Kre to come and go as they please.

An Ecrid's empathy ability is a shining beacon for starving Emotional demons. They flock to the species like a moth to a flame and latch on. This behavior is usually done by either making a deal with the Ecrid and sharing the host, possessing something close to the Ecrid like a pet or person who lives with them, or by completely possessing the Ecrid and devouring them. The link between Ecrid and Emotional demon is so well known that it has become a weapon, utilized by others to keep an Ecrid away. The insult "demon's whore/bitch" is more than common and always targeted at an Ecrid. 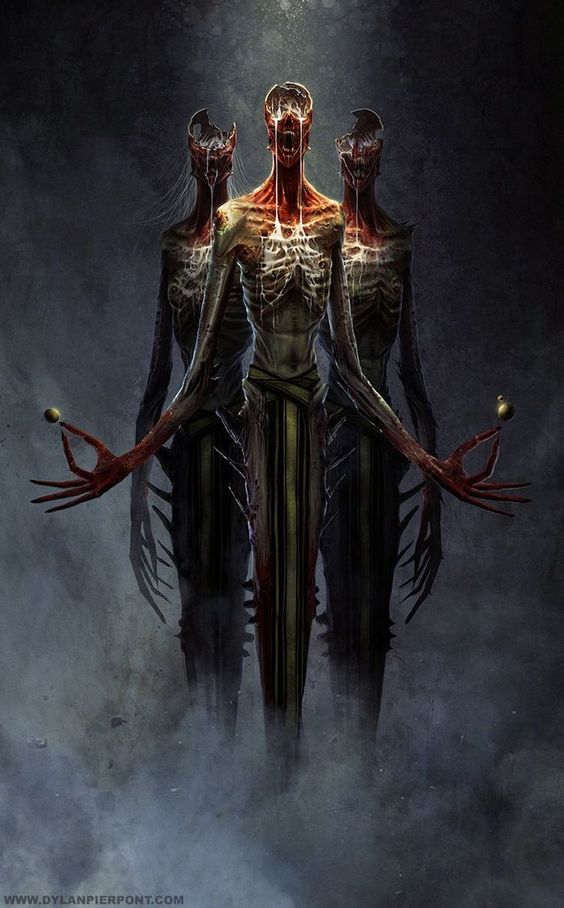