Sun of the empire

Atzocan is the center of civilization within the Sun Empire, where all roads lead. Standing at the point where coastal plains rise into high mountains, it is entirely devoted to the emperor and his court. Though its terraced farms scaling up thee mountainsides, are a testament to the engineering skill of the empire, the city largely relies on tribute from the other city-states for its sustenance.

The emperor's palace, Tocatli, is a Glorious Structure at the heart of the city. The palace encompasses the many noble mansions belonging to the various families who are closely related to the emperor and positioned somewhere in the line of succession. Its spacious grounds also include three grand temples, each devoted to one of the sun's three aspects. 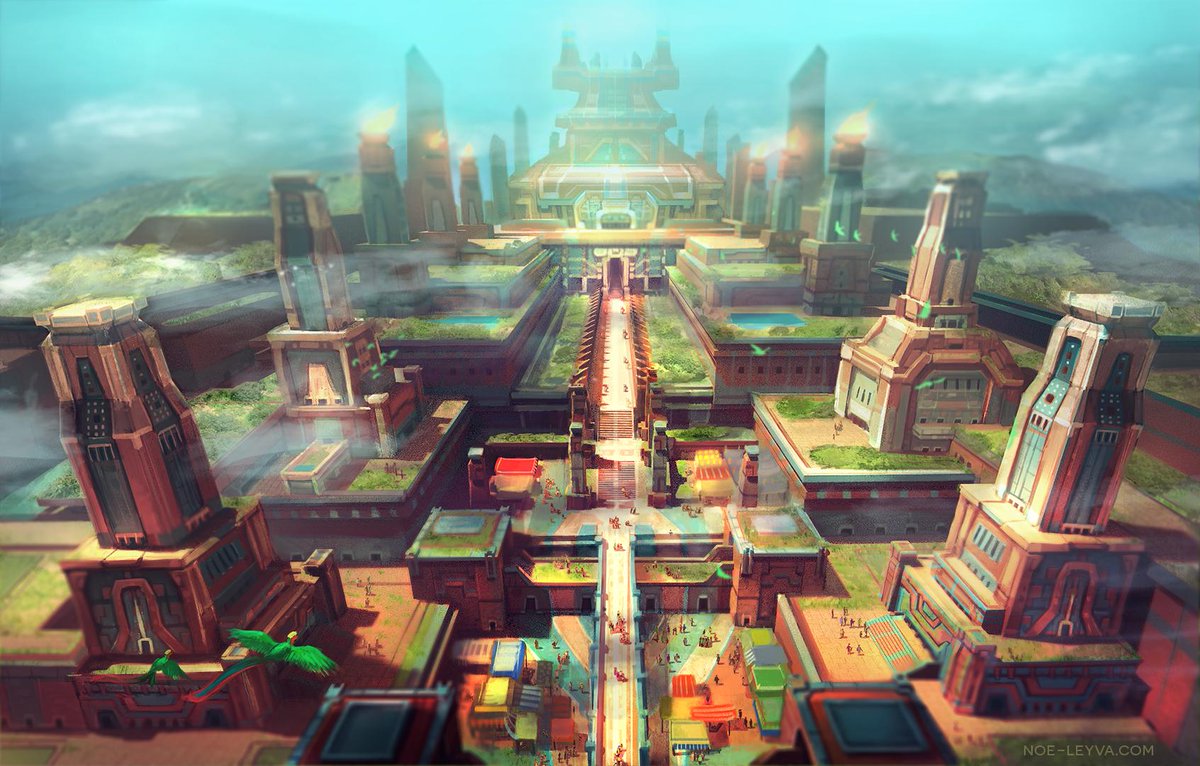 Representatives from noble families in the other city-states live in Atzocan as well. They ostensibly occupy a place of honor, but to some degree hey are also hostages, kept in the capital to ensure that their families remain loyal to the emperor. The imperial Court is secure in the strength of the empire and its cities. But Atzocan is the farthest inland and the last city to be threatened by invading forces. While the emperor remains serenely confident in the brewing conflict, the people of the other cities feel increasing desperation.

The emperor's guard is an elite military force housed in the palace of Tocatli. Rigidly trained and organized, the guard answers directly to the emperor and is dedicated to he defense of the imperial palace. Its soldiers are divided into seven squads, each with its own commander (called an intical). The seven inticals all report to the emperor, and enough rivalry simmers among them to ensure the Guard never unites in opposition to the emperor. The Canchatan, the temple soldiers of Atzocan, are specially chosen and blessed by priests of the of the sun temples in Tocatli - the Temple of the Birthing Sun and the Temple of the Consuming Sun. The third temple, the Temple of the Sustaining Sun, does not consecrate holy warriors, since its teachings emphasize stability and solidarity. Holy warriors favor weapons with rounded blades suggesting the shape of the sun. Though the Canchatan are technically two military forces, they have a single commander. Caparocti Sunborn is the holy champion of Pachatupa, a fierce warrior who imagines the he is the blinding light of  the sun come to smite the foes of his people. Caparocti is known for his shining helmet which reflects the sunlight.

Below Tocatli is a district dedicated to trade and culture. Xuqushu, meaning "to aquire" is made of multiple courts focused on different apects, such as theater or jewelcrafts. The biggest court, the Menagerie, is dedicated to the trade of beasts and exotic animals of Ixalan. Huge altosaurs reach above the buildings, slowly gnashing on the highest braches of nearby trees, as the roars of a Carnage Tyrant send a groups of visitors into a state of awe. The merchants of such beasts are called Balba, meaning "handler", and their renown is often spread far and wide within the empire. Within the Menagerie magic is forbidden as to not scare the beasts, or try to control them. Strict oversight from the imperial guard oversees that trade flows wihtout issue, and that the dinosaurs are treated with as much respect as the customers. 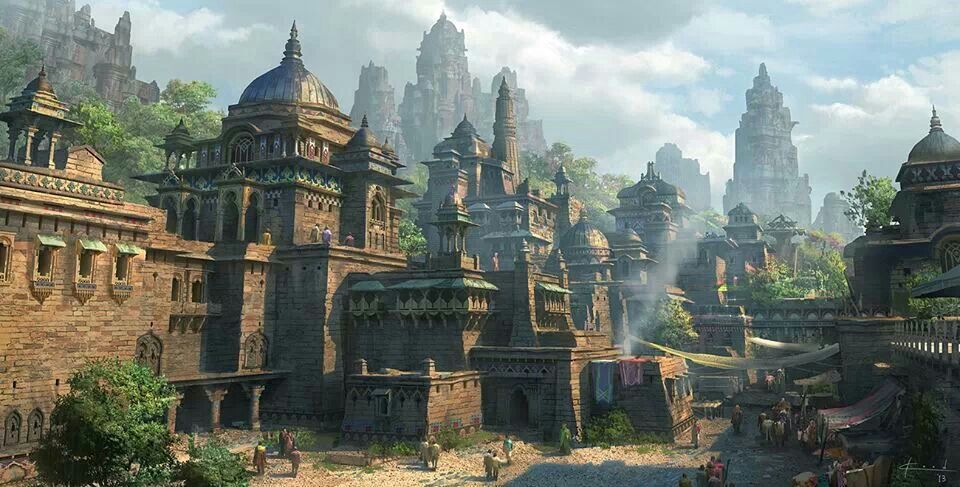 
Remove these ads. Join the Worldbuilders Guild
The Sun Empire