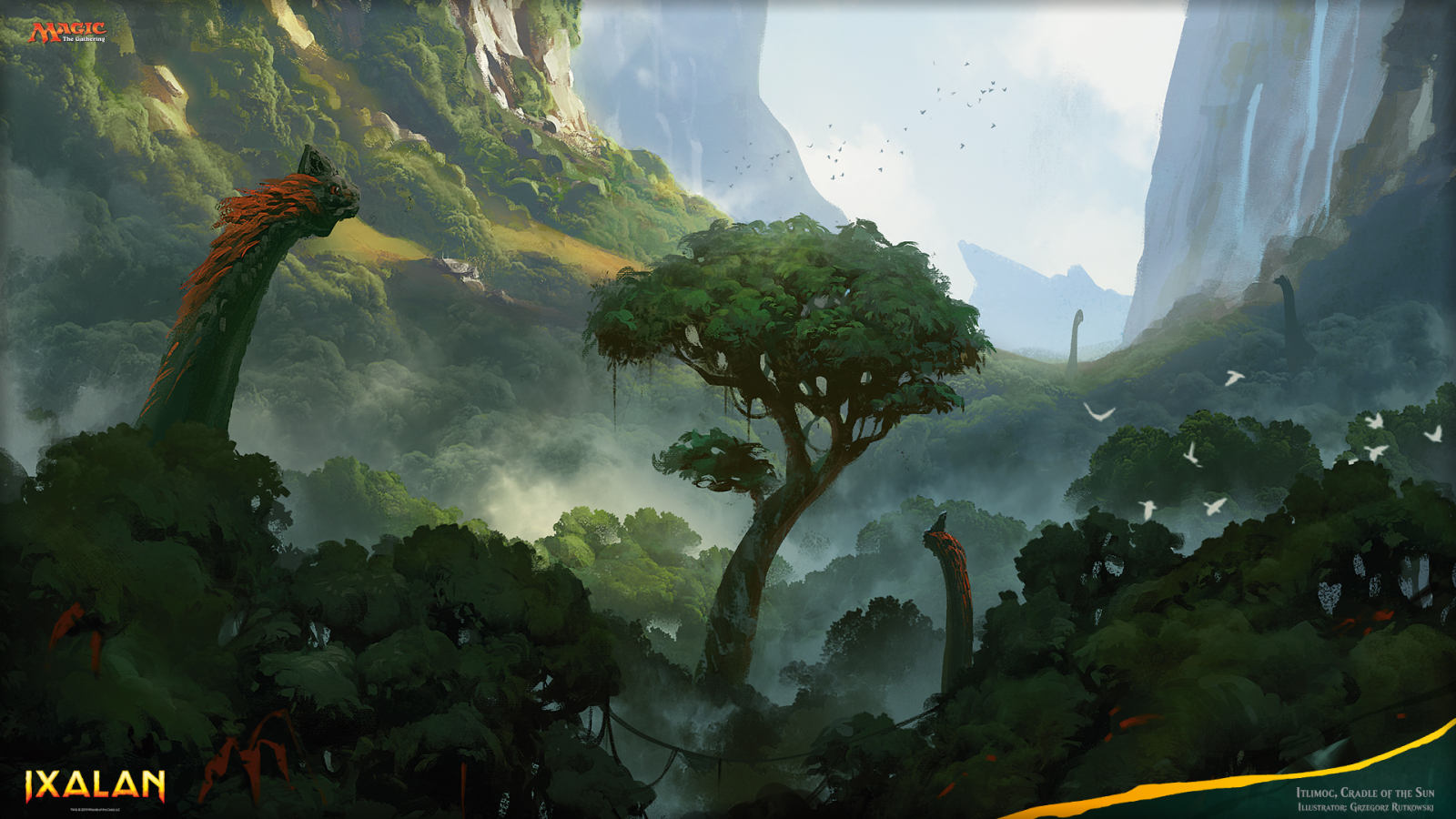 Stullotopen
Deep in the heart of Ixalan’s verdant jungle lies a treasure beyond imagining. Secure in the ancient golden city of Orazca, the Immortal Sun is an artifact of mythic power that promises boundless wealth, the strength of empire, command over nature, and eternal life. For centuries it was only dimly remembered, veiled in legend, but now legend has become reality, and all the peoples of Ixalan seek the Immortal Sun and the power it promises. They will stop at nothing to claim it for their own.   The merfolk of the River Heralds and the humans of the Sun Empire have shared the continent of Ixalan for ages, sometimes warring, sometimes in an uneasy peace. But outsiders—first the treasure-hungry pirates of the Brazen Coalition and now the sinister fleets of the Legion of Dusk—have disrupted that delicate balance of power. And as the Legion of Dusk seeks to conquer Ixalan, all four peoples are catapulted into a desperate search for the golden city and the treasure it holds.   A whole world waits to be discovered. Ancient ruins from the Sun Empire’s heyday can now be found, overgrown and half-buried, in the depths of the jungle. Sacred springs infused with magical power well up from high mountainsides. Hidden coves hold pirate treasures stowed by captains long forgotten. Brave explorers from all four peoples uncover such sites as they scour Ixalan in search of the golden city.
Tweet