The Duchy of Brisburgh lies at the heart of The Kingdom of Brisland, and the city of Brisburgh is the capitol of the kingdom and seat of the King himself. The region covers lands from Rawlsey on the southern coast to Gerald's Crossing in the north, and also includes Brisbane and six other notable towns.   The history of Brisburgh is tied with that of Brisland, and even predates it by some time. The first people to settle the river lands and central plains spread out from the coast more than two thousand years ago. Over time, the settlement lying at the fork of the River Brist became a major trade hub for many of the villages in the region. The gathering of merchant's tents grew over time to become a bustling city, named Brisburgh after the river which made it such an important trade hub.

Like the other regions of the Kingdom, the Duchy of Brisburgh is administered according to a feudal peerage system. The other cities of the duchy - Rawlsey, Gerald's Crossing, and Brisbane - are all overseen by an earl. The six smaller settlements are the province of barons loyal either directly to the King himself or to one of the earls. There are a number of smaller villages, each overseen by a Baronette - who often is little more than a landholding knight who manages the affairs of the small settlement. 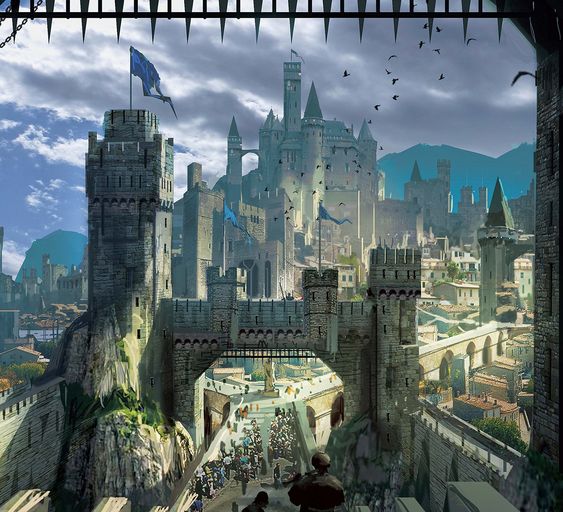 The people of the Duchy of Brisburgh are almost entirely Rikenian, being in the heart of the river-lands region for which the people are named. While some foreigners may pass through the ports to the south, most stay in those coastal areas should they choose not to return to other lands.

The territory of the Duchy of Brisburgh occupies the central river-lands of Brisland, stretching from the southern coast to the edge of the Frostcap Mountain foothills in the north. The land is mostly level, with a few hilly regions, and dotted by small woods, copses, and orchards. The heart of the Kingdom of Brisland is notable in that while being surrounded by mostly forested lands, the Duchy itself enjoys open plains and rolling grasslands ideal for agriculture.

Being at the heart of the kingdom and surrounded by friendly territories, the Duchy has no unprotected borders save for a narrow strip of southern coast. Also being the seat of the King, Brisburgh can call upon forces from neighboring duchies should the need to gather an army arise. Domestically, the King himself has a personal guard in addition to the professional garrison of the city of Brisburgh. He also has access to the forces of his subject lords, including three earls and six barons who must answer a call to arms should the King require. 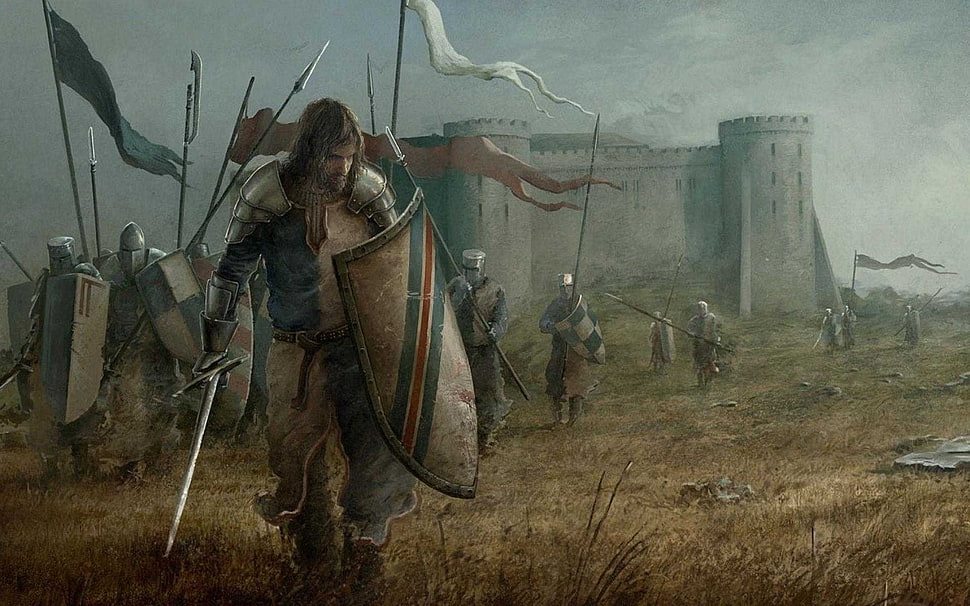 The Temple of the Divines has a strong presence in the Duchy, especially in the city of Brisburgh itself. In addition to hosting multiple temples, the city is also home to the main barracks-monastery of the Order of the Barbed Star, one of the Orders-Militant of the Temple of the Divines. The members of the Barbed Star pledge their lives to defending the heartland, and while no outside threats present themselves they work to keep the peace, help the needy, and uphold the law of the land.

Type
Geopolitical, Duchy
Head of State
Francis Leopold III
Power Structure
Feudal state
Economic System
Mixed economy
Currency
The Duchy of Brisburgh used the coin of the Kingdom of Brisland.
Legislative Body
The King's Law of Brisland applies to the Duchy of Brisburgh
Judicial Body
While the King himself - who is also the Duke - has overall authority to dispense justice within the duchy, there are a series of magistrates who handle most of these duties in his stead. Outside of the capitol itself, it falls to the shoulders of the earls and barons to see that the word of the law is carried out.
Official State Religion
Temple of the Divines
Parent Organization
Kingdom of Brisland
Controlled Territories
Related Ethnicities

King Francis Leopold III is the ruler of the kingdom of Brisland and the duchy of Brisburgh.

The House of Leopold

90
When house Leopold took over the throne of the Kingdom of Brisland, they also took control over the Duchy of Brisburgh. The family built their fortune and base of power in Brisburgh, and have always been a central facet of both the duchy and the city.

Articles under Duchy of Brisburgh

Brisburgh is the capitol of the Duchy of Brisburgh, and also of the Kingdom of Brisland.

Brisbane is a major agricultural hub northeast of Brisburgh with a troubled history.

Gerald's Crossing is an important trade hub between Brisburgh, Northampton, and Riverton.

Rawlsey is a coastal city and an important trade port in the Duchy of Brisburgh.

Hillston is a trade town situated in the hills southeast of Brisburgh.

Sanchester is a major agricultural hub and fishing town along the River Brist, east of Brisburgh.

Wesford is an agricultural trade town south of Gerald's Crossing and northwest of Brisburgh.

Lanston is an agricultural village between Brisburgh and Brisbane.

Manfield is a town east of Gerald's Crossing that acts as a central hub for a number of hamlets specializing in fruit orchards.

Innsbrook is a small village that grew around a road-side Inn established as a place for trader's to rest on the long journey between Gerald's Crossing and Hillsbury.

Kingdom of Brisland
Duchy of Riverton