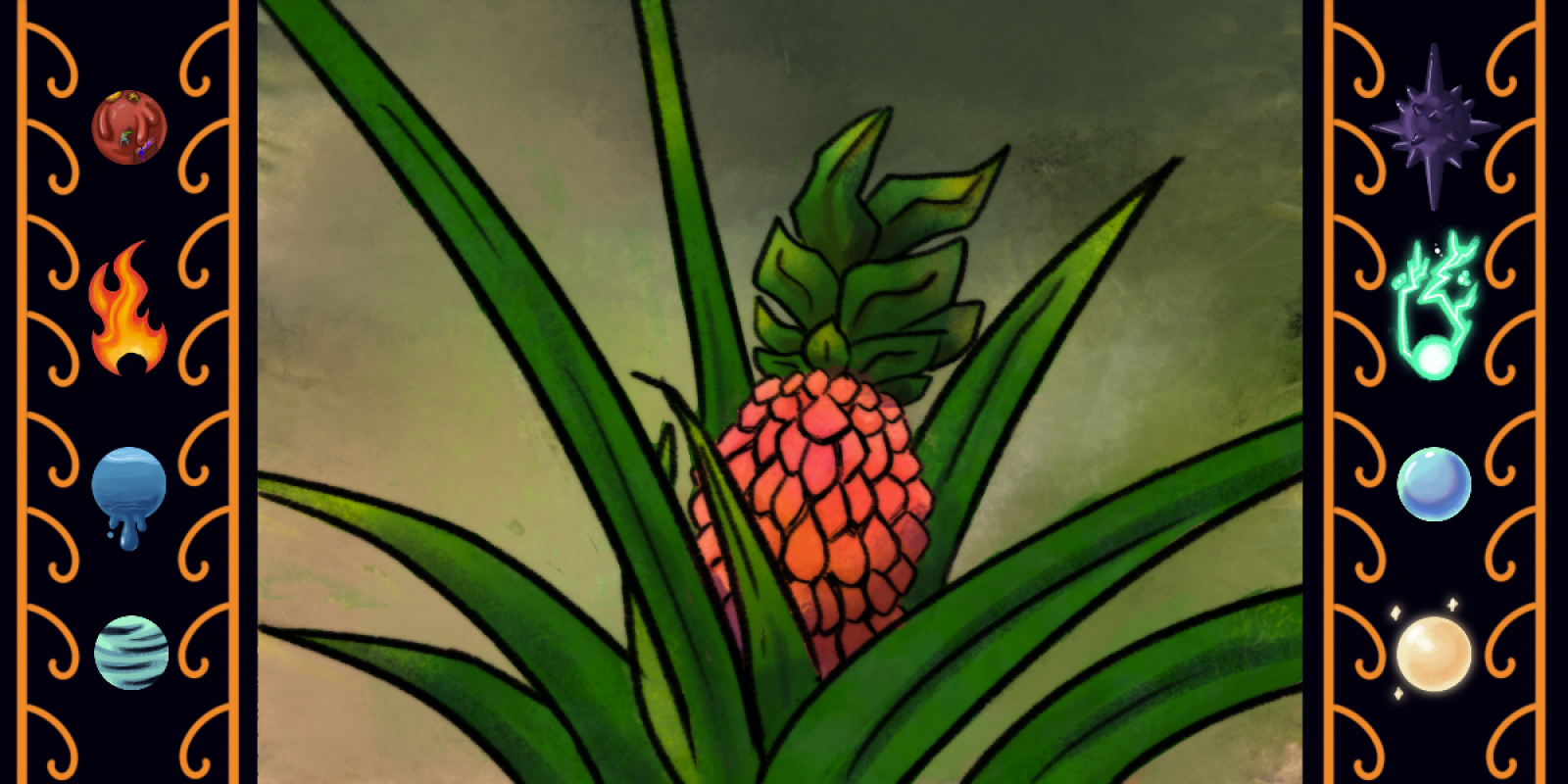 Pushing a shopping cart through the small aisles was rough, especially when Marina didn't know where everything was. This was a specialty store, and she was here to buy things for her best friend's birthday. The only problem--and it wasn't really a problem, honestly-- was that they were a Bloodkeeper. A Sand Clan one, specifically, which meant gathering things for their birthday  ceremony was going to be tough.   Evan's family markings weren't done with common Shadeberries, no it had to be something that was only sold in specialty stores. Pulling her out of her thought was the delight of seeing a Bloodkeeper staff member organizing the shelves.   "Excuse me," she called, raising one hand. "Do you have any Oasis Fruit? I can't seem to find it... " She watched as the Bloodkeeper--a Forest Clan one by the looks of their deep purple fur--furrowed their brows.   "Uh...Because we don't call it that here." They replied, tail swaying in irritation. They pointed to their left. "It's called the Spiked Dulam...It's over in section 4."

Named for the fact it's skin is spiky and sharp to non-careful touch, Spiked Dulam are native to dry, warm environments in the southern regions of Isidoro. They are also called Oasis Fruit, due to the fact that it was first discovered in lush oases dotting the Alkast Desert. They are hard to grow without experience, and as a result over 80% of Spiked Dulam are grown in Alkast by Bloodkeepers, as the species has extended experience in cultivation and harvesting of the fruit.


Spiked Dulam's skin colour is similar to that of a peach. Soft oranges, reds, and honey yellow are common. The leaves at the top are usually a rich green, though some yellowing at the tips is not uncommon. The skin of the fruit would lead you to believe that the inside of the Spiked Dulam is a rich yellow or orange--but it can range from a pale white-yellow to a deep red and is a hint at its ripeness. The darker the colour, the more ripe it is.


There are slight variables from fruit to fruit, and the taste can be tied to how dark the flesh inside is. The nickname Oasis fruit comes from the fact that the fruit has a very subtle, and sweet flavor. It is considered reminiscent of melons (Cantaloupe, for example) with a texture similar to kiwi. If eaten before they are ripe, they taste bland and a bit sour. Once ripe, they taste ever so slightly sweet and syrupy.

Spiked Dulam are commonly used for foodstuffs, like jams, jellies and other desserts and can be served whole, cut into small pieces or slices. Spiked Dulam is primarily used by other species for its culinary uses, and its flesh is quite popular on pizza in more modern cities. The number one demographic for Spiked Dulam however, are bloodkeepers, specifically the Sand Clan .They are the prime cultivators of Spiked Dulam, often hired by non-desert territories to help grow it for domestic use. While most beings eat this fruit, due to its lengthly grow process, the juices of the fruit are often reserved for Sand Clan bloodkeepers, as it is used in their Family Bonds. The juice will be added to a collection of herbs and clay, which mark their ears. 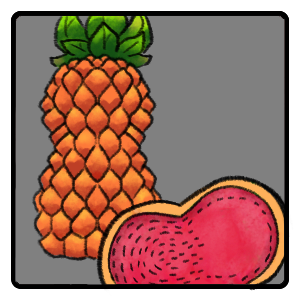 The Spiked Dulam is noted for its strange shape; it appears to have a distinct divot in its center, making it take on an hourglass shape. It seems  That along with its strange seed distribution has given it a second nickname: The Hourglass Fruit. Many beings who study magic related to tarot and fortunes will hollow out the shell of this fruit, but it has also been seen hollowed out and dried to make an instrument.