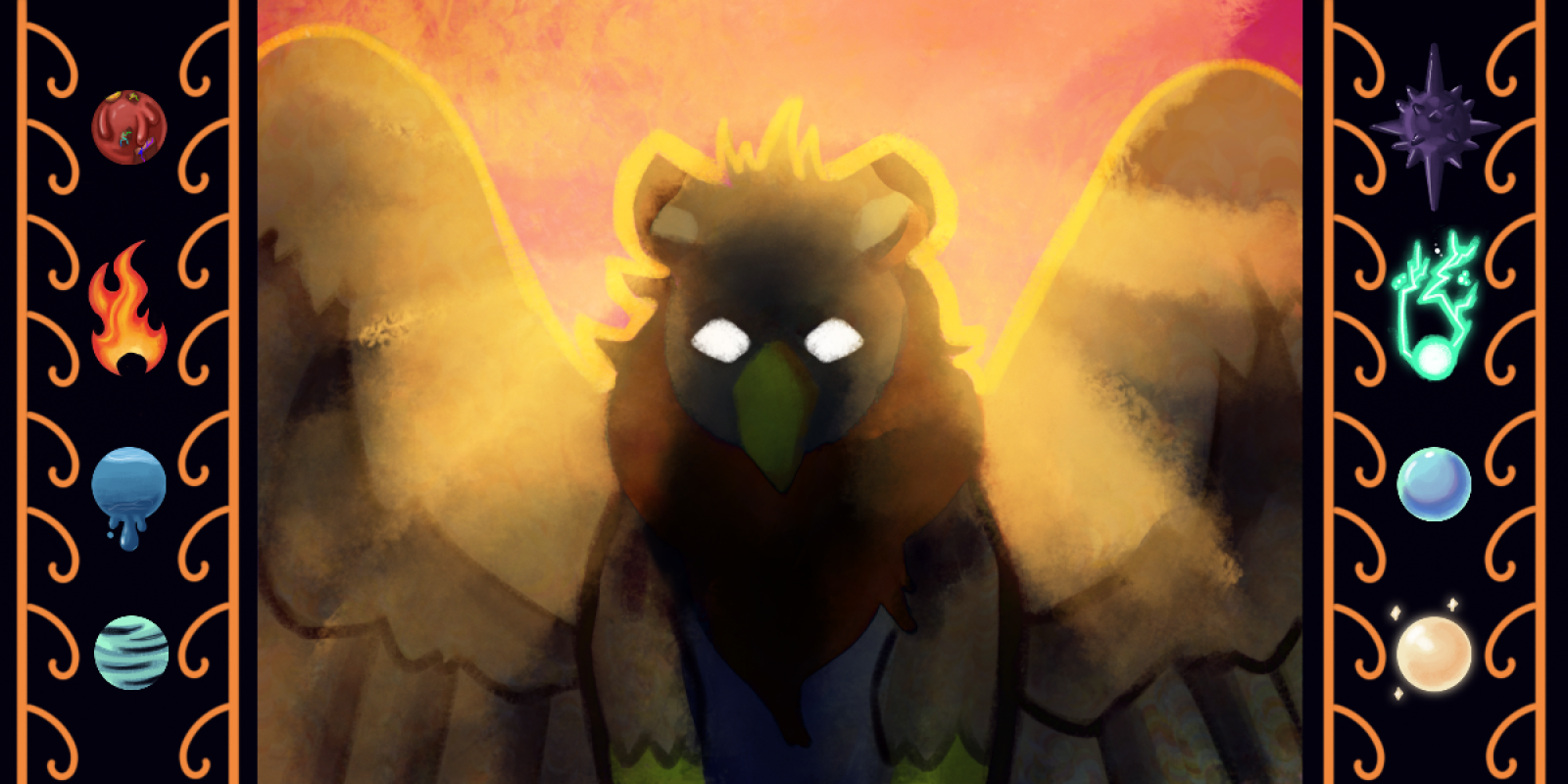 Known for their intimidating visage and their large wingspan, griffins are a rare mythological creature that while popular in heraldry within Isidoro, is solitary and typically doesn't interact with other species. It can occasionally be found during sheer mountain heights by brave climbers.   They prefer warm to mild locations, and are often found during dusk and dawn. 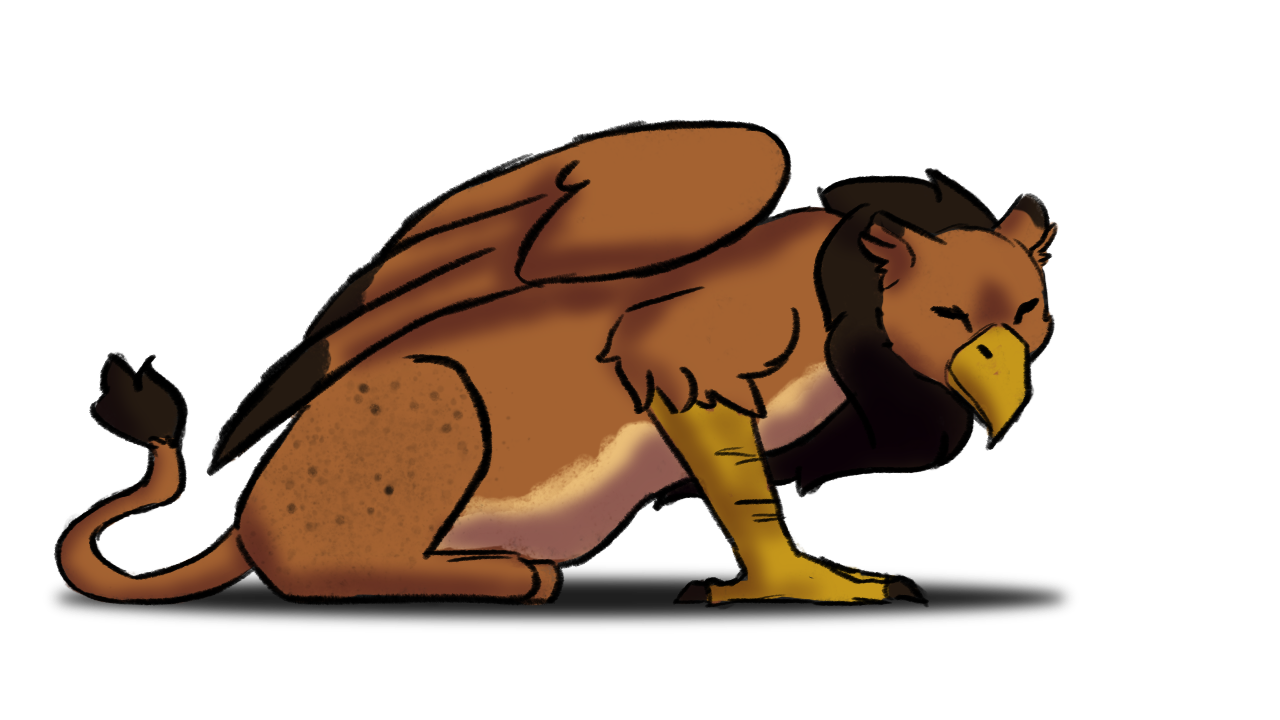 Griffins are considered noble creatures, smart though not capable of advanced language. However they have communicated with beings via a telepathic exchange of emotions and simple images. Many tales consist of griffins swooping in and saving at risk travelers. They are often portrayed as the mounts of noble heroes in folk tales, and have a high opinion in the public eye. As a result of their high status, they are universally protected and hunting them for sport is against the law.

Griffin at dawn, you'll be no pawn.
Solitary at dusk, beware knives of tusk.

If you see one at dawn, it is considered incredibly good luck and that a blessing is on your way. However if a griffin is spotted at dusk, and is not in a group it is considered a bad omen. 'Knives of Tusk' is meant to imply animal attacks or attacks with bladed weapons.

Griffins are hybrids of common day animals: an eagle and a lion. This quadruped has the front limbs of a bird, and hind legs of a feline. Griffins are typically covered in fur, with slight feathering around their back and face.

Griffins live within caverns, and their homes are within the robust mountains of Isidoro. They ideally live near small plains so that they can swoop down to catch their prey. 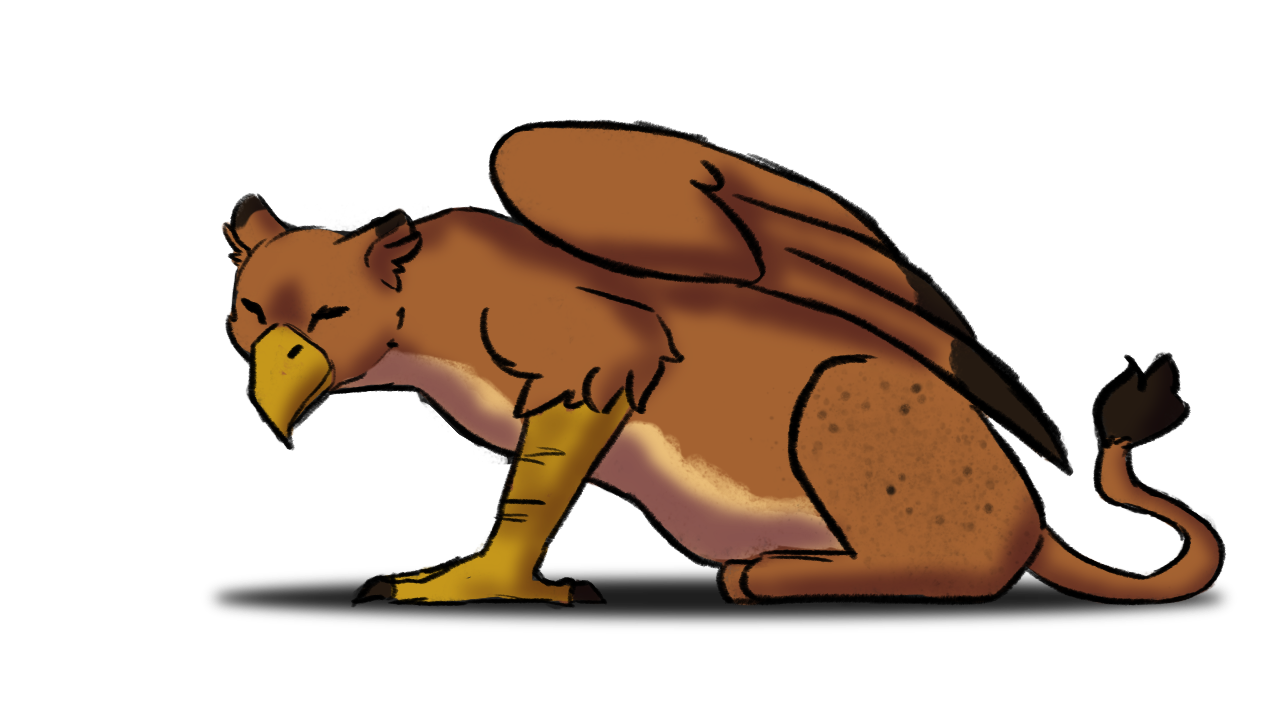 Answering: "Describe a species in your world associated with good or bad luck."
Visit ChaosTearKitsune's Competition Page Check all other answers to this prompt Competition Homepage

What a lovely noble animal. I can totally picture nobles using them as "pets". Good job!

Thank you so much! I imagine there could be a dark trade where they capture them for pets.