A Fantasy World of Chaos and Triumph

No one is exempt from the movement of time in Isekai. Not the Dragons and their hoards nor the near-immortal Ancient Fey that live throughout the world. Even the gods are subject to the swift movement of the millennia, pushed ever forward into the abyss of time by the world and her whims.
— Unknown

Another sun rises, but where do you find yourself on this day? Do you look out upon the scarred earth, blistered and scorched by events that happened centuries ago, or do you forage amongst the lush greens of one of the world's many forests, only seeing the effects of the past in the deep ruts left in the trees that have lived for millennia? Somewhere nearby, tucked amongst the foliage of the land, a shrine that speaks "truth" will tell the stories that the land fully cannot. The landscapes and the runes and ruins of these shrines tell of the cataclysm, the war that brought unspeakable horrors to the lands of Isekai.   The history hidden in these shrines is just a small part of the world, one steeped in millennia of gods and those that wish to become gods, of those immortal and those whose lives are nothing more than a passing second in the history of the world. Murals and runes sealed in ruined temples speak little of the gods and their silence, the persecution that ran rampant, or the deals the fledgling Elder Races made with deities in order to survive in a world easily ran by those that live near infinite lives. The histories enshrined about the Eldritch War tell little of the world beneath the world, or the other planes that the denizens of Isekai call home. It is nearly impossible to keep such a history, but Isekai is a living history, her story written in every being and every landscape. She keeps few secrets, the key is to find them.   Wherever you may be, you have entered Isekai, a world of deep history and deeper mysteries. May you find favor with the gods or those that walk the earth and call themselves gods. May you survive the trials the world has for you, and may you never find yourself on the wrong side of the world, for she is fickle and cares for no one.

Isekai is a high fantasy setting created by K.T. Parris and Shiftrex to be used for our custom TTRPG and a place to hold the fantastical stories that we dream up. Magic and fantasy abound, weaving a world of power, secrets, and beings that seek both.   This world seeks to create an interesting setting that has a deep and rich history that was nearly erased during the events of the Eldritch War but has learned to flourish in a world greatly changed. Scars from the century-long war mar the landscape and Isekai's people, some being lost to history while others appeared seemingly out of the rubble of the great war.   The Divine Races and Elder Races are only a few of the races that roam the northern continent of Vóreios and the southern continent of Nótios, creating a mix of conflict and camaraderie that extended far beyond the battles of the Eldritch War.   Isekai offers many adventures, from the normalcy of the surface to the dark depths of Káto to the wonderland and twisted planes of the Wandering Forest and the Lost Paths, one could adventure a millennia and never find the end of Isekai. Even the gods do not know the full secrets of the world.   For more about the inspiration and the premise behind Isekai, check out the World Meta.

First, there were the gods, deities that called Isekai their own, ready to shape the fledgling world through their own creations. Like the mortals they would soon create, even the gods could not agree upon things. They split themselves into pantheons, hoping to find others whose likemindedness would allow for decisions to be made and for Isekai to be shaped to the gods' whims. The Eight Houses of Isekai were raised, each one led by a deity strong in the ideals which the house was meant to hold. War, Trickery, Order, Nature, Life, Knowledge, Death, and Arcane would become the pantheons the gods aligned themselves into, with Kallex, Niteara, Varell, Lycana, Ygg, Cique, Drasil, and Olik arising as the pinnacles of these pantheons.   Soon the deities would begin shaping the world, creating their mortal children to roam the earth. First came the four races of the Divine Races, races to hold the wealth of knowledge available in Isekai. Then came the races of the Elder Races, those of much shorter lives that would enjoy the world and revere the knowledge gathered by the older races.

The Divine Races are the four oldest races of creatures to emerge onto the world of Isekai several eons ago when Isekai was a new world. They are respected & revered by other races, even worshiped in some cases as nearly godly beings with intense magic.

The Elder Races are the three most prominent creatures that inhabit the physical realm. These races are known as humanoid in nature and each of them has a connection to magic and to the gods that can be traced back to their creation stories.

Two large continents define the world of Isekai, Vóreios in the north and Nótios in the south. Both are distinct, from their climate to their peoples, these two continents could not be more different. Even so, both were ravaged by the Eldritch War, leaving deep scars in the earth and the people that call this world home.

This land is considered the birthplace of the Elder Races and the one that has seen the most in terms of advancement in both social structure and magical ability due to a long history of activity.

This land is considered the home of exotic races and the one that has seen little advancement in social structure and magical ability due to the warlike nature of many of its cultures.

The races, cultures, and languages of Isekai define so much of what the world is outside of the realm of the gods. Dozens of peoples and their languages roam across the lands, defining borders and crossing them with the breadth of their histories. The lore of the world is entrenched in these people and how they rose from the ashes as the Eldritch horrors left the earth. The Eldritch War brought its own intricacies to the lore of the world, things that defy explanation.

Isekai is home to a large variety of races and cultures that can be found across the lands of both continents and the various islands as well as the depths of the oceans and lakes. Some of these races are rare to find since the Eldritch War.

Isekai is home to a large variety of spoken and written languages that have a history as deep and diverse as the many races of the world. Some of these languages have ancient varieties that have been unknown for many centuries.

Sometimes seen as a curse and sometimes as a boon, harnessed for incredible power the story of the Black Children is a young one to the world of Isekai and is considered to be a direct product of the Eldritch War.

Fantastical stories came from the Eldritch War. Some were of blood and gore, victories won on the battlefield against creatures that should not exist in the world, stories of loss and destruction. But others still were of good, of fantastical heroes that appeared from nothing, seemingly steeped in magic and the heart of the world.   Isekai had deeply changed from the war, buried in the blood of her people, her children lost to the horrors that came from someplace else. Where new stories spawned, others were lost as the peoples that once lived in the Deadzones were erased, only to be replaced by hopeless swaths of sand. Most would recover from their battles, but few would never return to Isekai, changing the world's path, for better or worse is still unseen.   These new stories started here, simply with the Black Children and their incredible powers. After three hundred years, this is still but a myth, but so many hope for its truth, for the possibilities of heroes of great power that came out of such a bleak time. The people of Isekai hold onto this story with hope, a hope that brought light in the deepest darkness.


Behind the World of Isekai

A few years ago, we had a grand idea to play a game of D&D5e that utilized many of the rules that we believed were often left out of the game as it makes the game much more difficult. With these changes in mind, the campaign known as "hard mode" was born, with Isekai at its core. Since that more "difficult" beginning, we've played countless campaigns, written stories, and worldbuilt far more than we had ever expected.   Our World Meta covers a large portion of the goals and direction that encompass our quest to build not only our games but our world. So much more is occurring as we work to make Isekai more self-sufficient and an endeavor that will stand the test of time and real life.

After all this time on World Anvil, the list of people to thank is too great to mention here. Without this community, Isekai would not be what it is, the layout would not look like it does, nor would our writing be improving as we strive to reach the heights that are demonstrated in the community.   We would especially like to thank Janet and Dimitris and the entire World Anvil team for the work they put in making this platform what it is. Without them, Isekai would not exist in its exponentially growing size. It would be nothing more than some scattered notes lost in a document somewhere when it is so much more now. 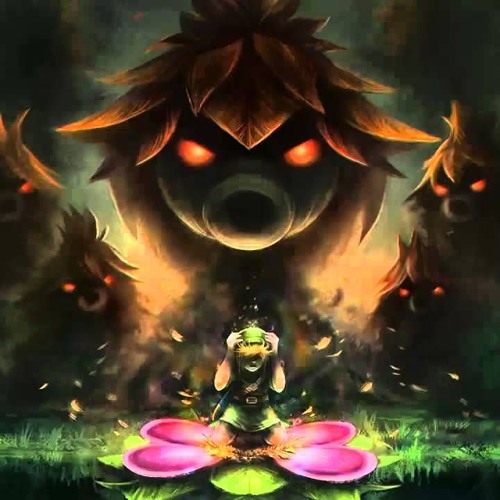