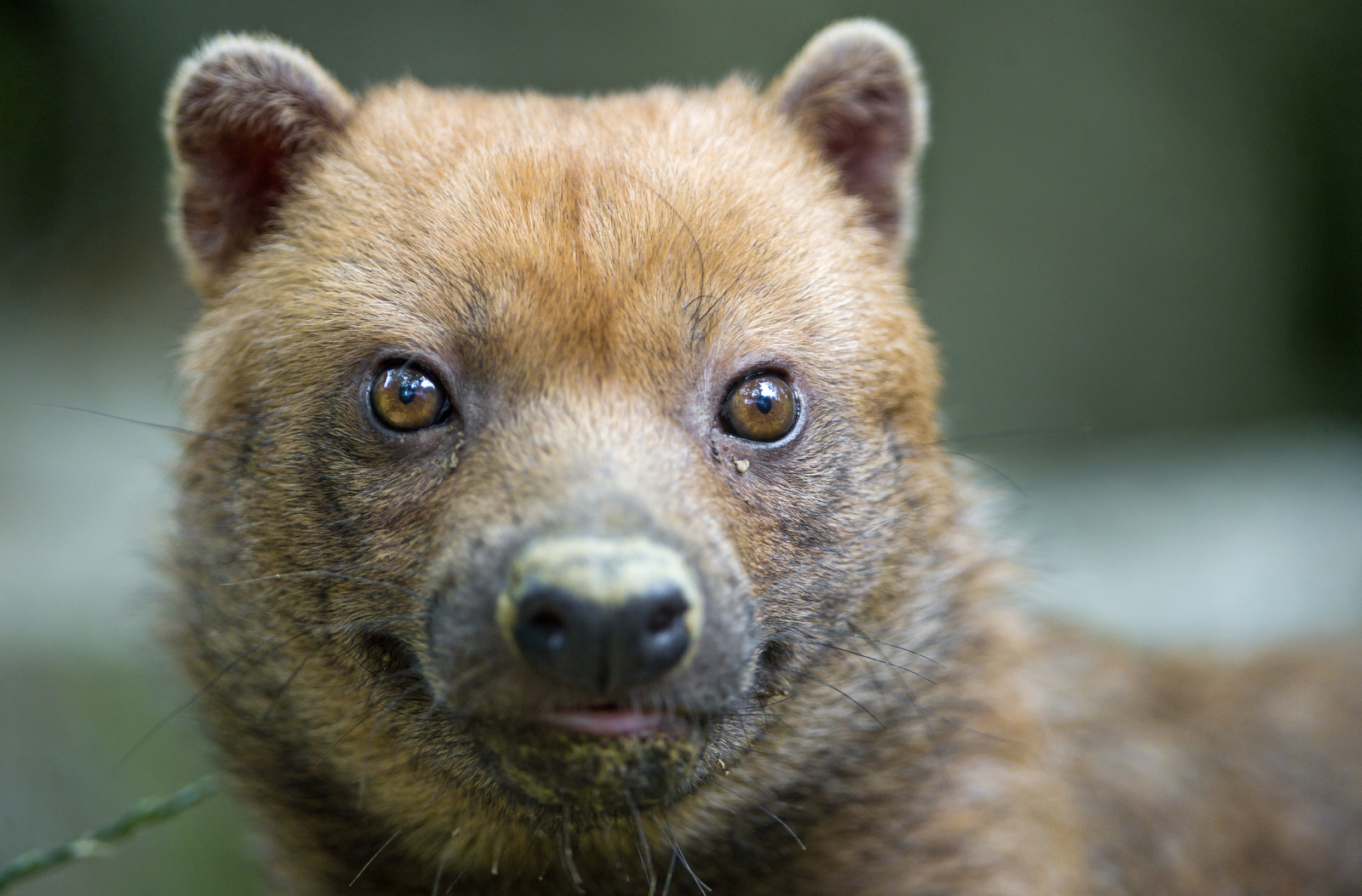 I saw its shadow before the thing itself and smelled the beasts that drew it. The street traffic around me began to move aside, the bored shouts of those used to a wonder warning the unwary and oblivious. Larger than the Common Hall in our village, it came round the corner. The giant dog-like bears -- koh, they are called -- placidly walked forward, handlers sitting between their shoulders. One almost stopped to sniff at a horse only to get a rap between its ears from its rider. Floating above the four enormous animals came the sky carriage, trailing on stout ropes attached to harnesses that wrapped around the furred chests and bellies of the kohs who dragged it through the air. Three households could comfortably live in the boat below the sumptuous cloth balloons that gently bumped the walls of the buildings on either side. I heard an old man complain nearby about the useless extravagance that slowed all passage through the street, but I could do nothing other than marvel...

Gilded wooden boats that float through the air suspended beneath multicolored silk balloons and drawn by mighty koh, these ostentatious conveyances are envied and loathed in equal measure.

The heated gas within the balloons is aided by magical levitation on the body of the ship itself. The carriage body is lowered and raised by command word, and stairs lowered for ease of boarding and disembarking.

There is no place to officially park a sky carriage. It's a point of pride to have a space big enough on one's property to allow the wealthy neighbors to visit (and a very poor idea to splash out on a carriage of one's own if lacking such space).
Nickname
Bolbols, Koh Farts
Rarity
This mode of transportation is only used by the wealthiest of the nobility in the city of Gepesh.
Length
35-50 feet
Height
Body: 10-15 feet
Balloons: 20-30 feet
Speed
Impractically slow, which is part of the prestige associated. After all, only the poor have to work on someone else's schedule.
Complement / Crew
1 handler for each animal
1 carriage driver
4-5 street cleaners to follow (insisted upon by the Gepeshian Council on pain of hefty fines)
Cargo & Passenger Capacity
Varies, though they are not outfitted to carry more than a handful of passengers. No one has attempted more than six or seven ever since Baron Aisun's disastrous floating party that left fourteen dead and three dozen more badly injured.

Answering: "What is the most stylish method of transportation in your world?"
Visit kitsuki's Competition Page Check all other answers to this prompt Competition Homepage

Yeah, there's no way I'm going to find an appropriate image, so you get a picture of a koh instead.