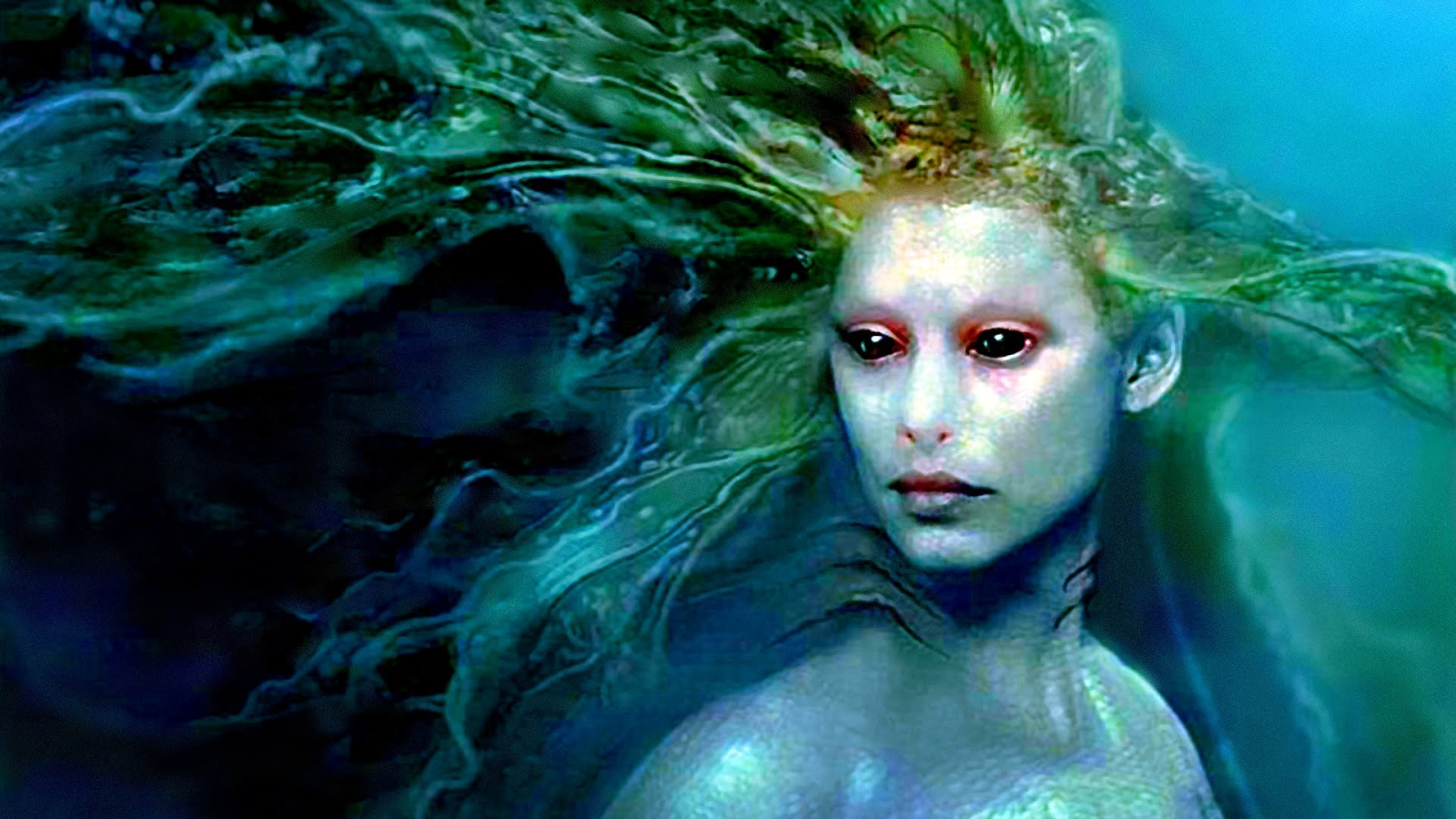 Beautiful and dangerous spirits of salt water, shyora draw in victims with songs that befuddle the senses. When they know it, they call their victim's name.

Humanoid torsos with two thin arms top a mass of writhing tentacles that can be used for land locomotion if needed. Males and females look much the same to other species, as there are no mammaries.

Found in salt water. While this most frequently means oceans, there have been reports of shyora sightings in estuaries and rivers.

It's not known what they live on most of the time, but they do eat the meat of sapient species when they can get hold of it.

Long, thin faces, often compared to Lashe in shape. The difference is clear when they open their pursed lips to reveal a vicious beak.

So far as anyone knows, shyora have no relationships with other species outside of mealtimes.
Body Tint, Colouring and Marking
Shades of mottled gray.

I tried to find the artist for this picture, but ran into a wall. If you happen to know, please tell me so that I can credit (or take it down if need be).