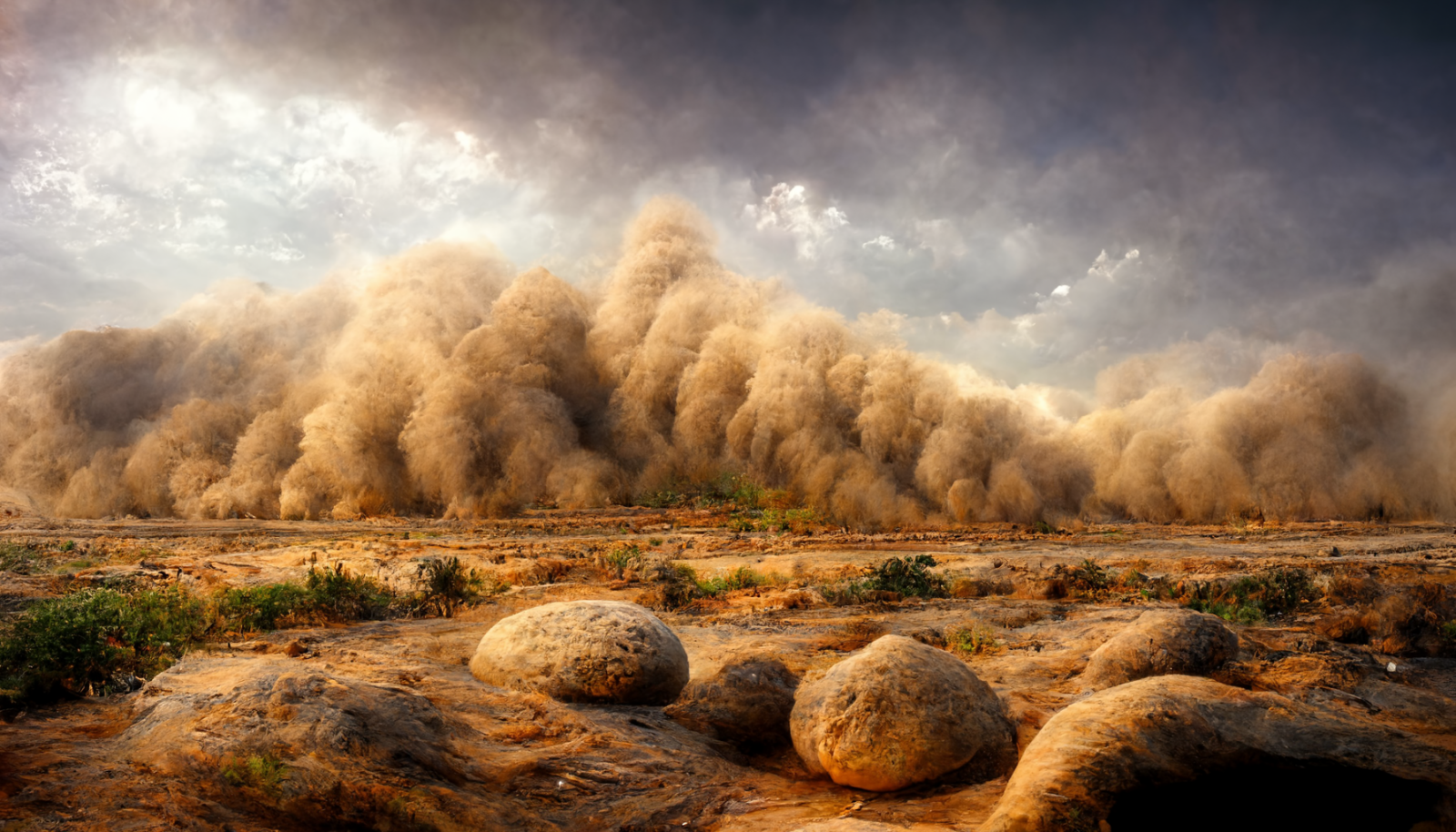 A malevolent entity, the Sandstorm is the equivalent to a god of evil in Shantiah culture. Purely mythical, it is the manifestation of abnormal events and disaster that may strike the Shan desert.

The threat of sand

If the Shan is a desert of dust, sand is not unknown. In fact, the worst disasters take the form of sandstorms. The grains are dragged from the West plains all over the continent and gather into ravaging clouds. The two phenomenons, albeit not directly linked, are correlated. Dust tornadoes do appear from time to time, but they are never as big and deadly as sandstorms. No one can survive in the fury of such a storm, and the meagre housings of the nomadic bands get destroyed in seconds. To survive, they often have to sacrifice their animals or even brethren and form a defensive wall of their bodies. It does not work everytime and countless ketshe have vanished in the raging maw of the sand. The sturdiest buildings of the Oases can withstand the strength of the wind, but even they come out of the storm scratched and weakened.

In Shantiah history, the only harm they could never prevent was the devastation of sandstorms. Dune crawlers you can kill, robbers you can get revenge on, but what can one do against the sheer force of nature? In the absence of anything to fight, they created something to hate. Sandstorms gained, in their culture and mythology, a sentience and evil prospects. By integrating the disasters in their folklore, it made easier for them to dealt with the loss and mourning it brings. One cannot bear with the injustice of losing their family to an indiscriminate force, putting the blame on a malevolent being set to extinguish all life appeases the mind.

Over time, the myth of the Sandstorm expanded to add an agenda to the evil being, minions and a fully-fledged backstory. The Sandstorm was originally a Shantiah whose name got lost in the midst of their sin. Heir of a great Pariah, they were unsatisfied with their life. Eager to explore, they set for the immensity of the Shan with some friends. After years of travel, the group reached the western edge of the desert, near the Afterlife Canyon. They should have left, but the folly of their young age made them forgot their Shantiah essence.

They crossed the bridge over the frontier between life and death and set foot in the realm of the deceased, foolishly ignoring the warnings of their companions. At the moment their foot touched the forbidden ground, they were depossessed of their physical shape, torn and shred until nothing remained but their angered and maddened spirit. They believed their friends have betrayed them by cursing the ground under their feet. They harvested the grains of hatred and resentment of the dead souls and made himself a new physical shape as a raging sandstorm. The closest friends of what was formerly a Shantiah were the first victims of the rampaging beast that was nothing but hatred. 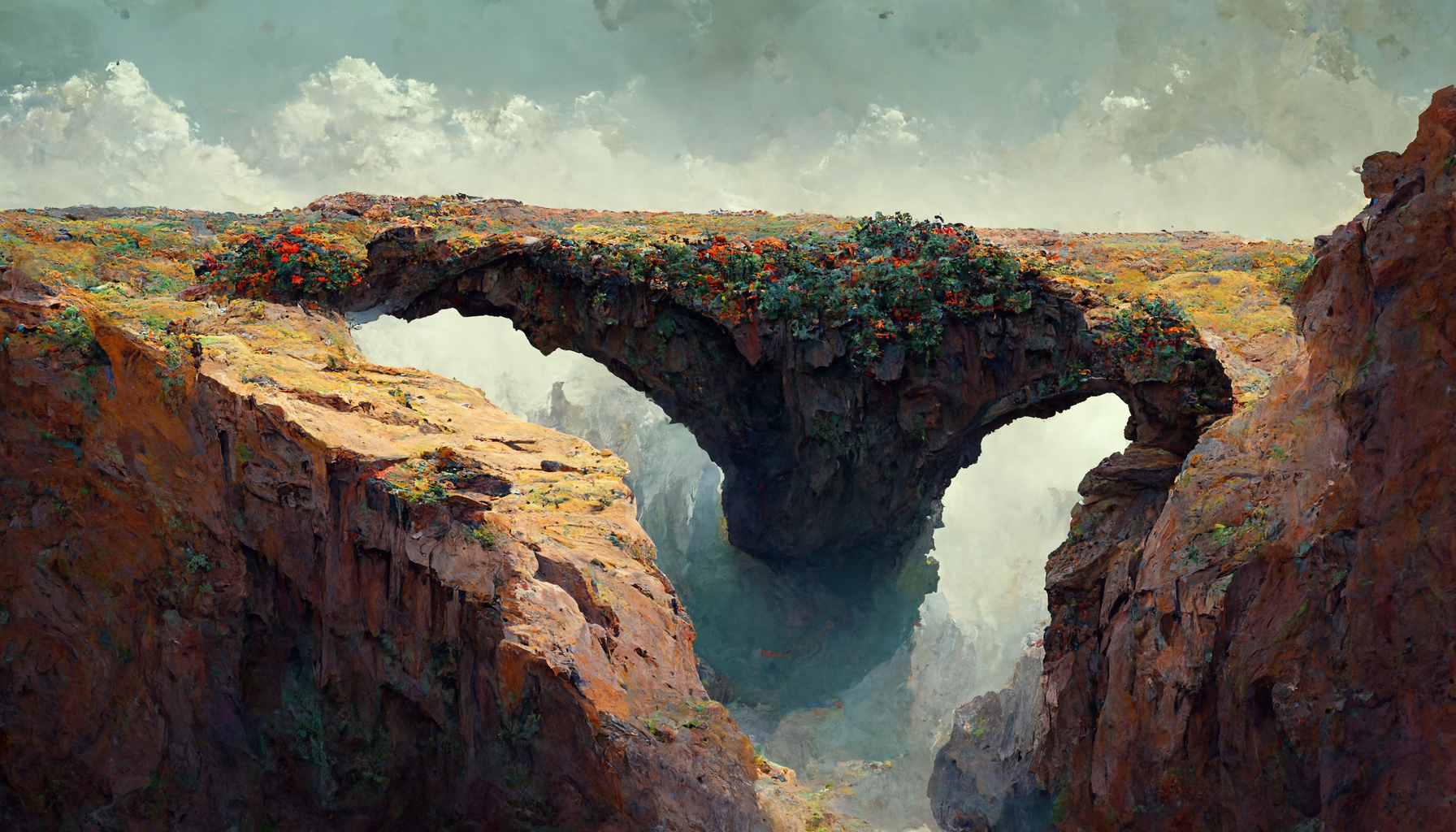 Afterlife Canyon by Rumengol via Midjourney

Since this day, the Sandstorm goes occasionnally on a frenzy leaving only desolation in the Shan, before retreating back to the realm of the deads. In the meantime, it gathered around many demons and maddened cultists who venerate this god of death. It is said that Jallr'hali faced the terrible being in an epic battle at the peak of his life. Even though the legendary hero bested the malevolent entity, it is not something that could be killed. He merely sealed it away for a time and weakened the grasp around its followers. Since then, the Sandstorm still haunts the Shan, killing mercilessly anyone unlucky anough to cross its path.

Although it is feared by most, some fringe ketshe still venerate the Sandstorm. This cult is especially present in bandit and scavenger bands who take advantage of the disaster by looting or attacking the weakened ketshe. They follow the sandstorms closely, playing a dangerous game as a simple twist of the wind can make the cataclysm turn around and fall upon them. To appease the spirit of the Sandstorm, the outlaws often proceed to young shantiah sacrifice before setting to chase a storm. For this reason and the veneration of an entity of evil, they are hunted down and suppressed any time it is possible. 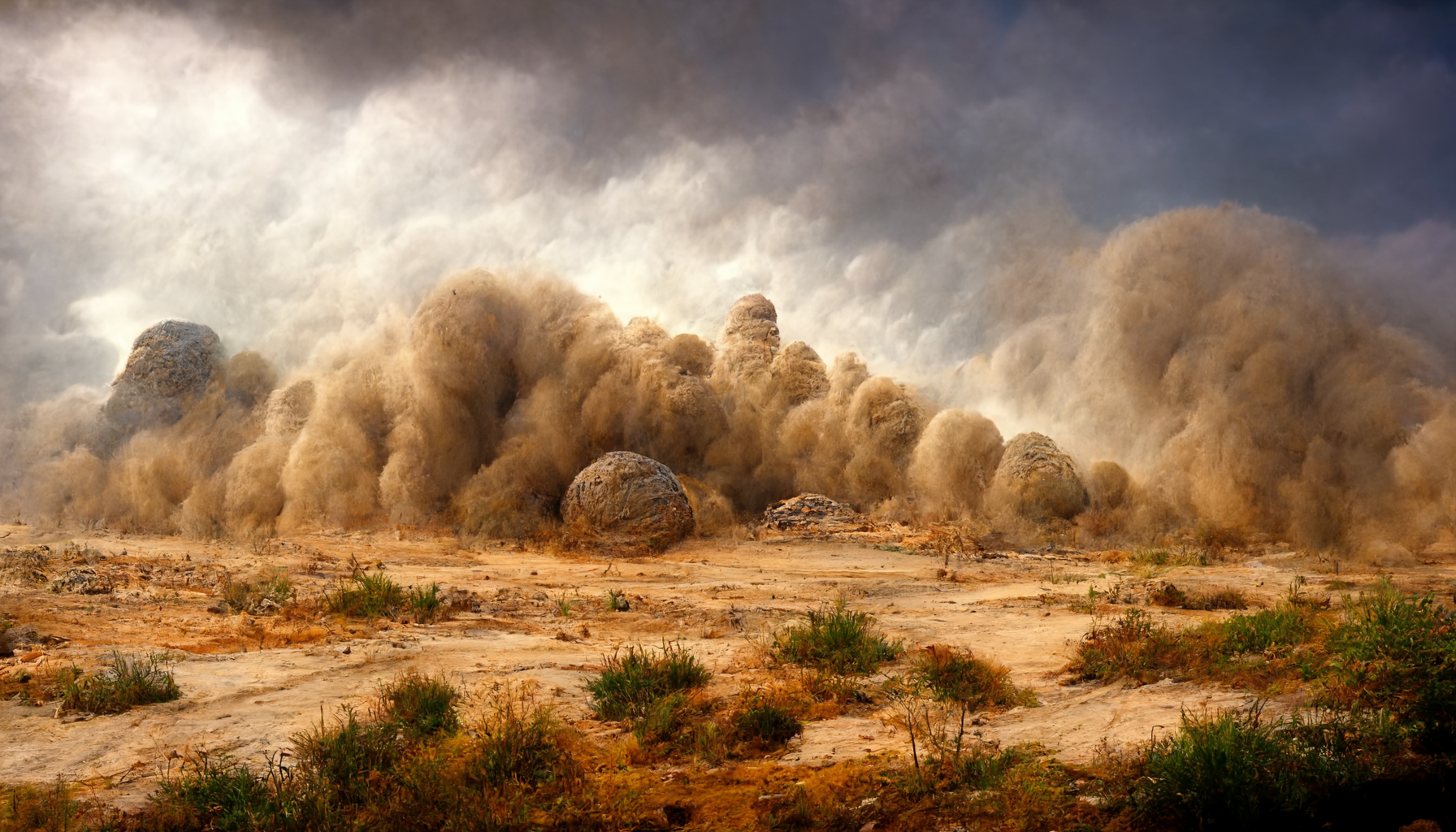 The Sandstorm by Rumengol via Midjourney

Answering: "a myth or urban legend about a "monster""
Visit Rumengol's Competition Page Check all other answers to this prompt Competition Homepage