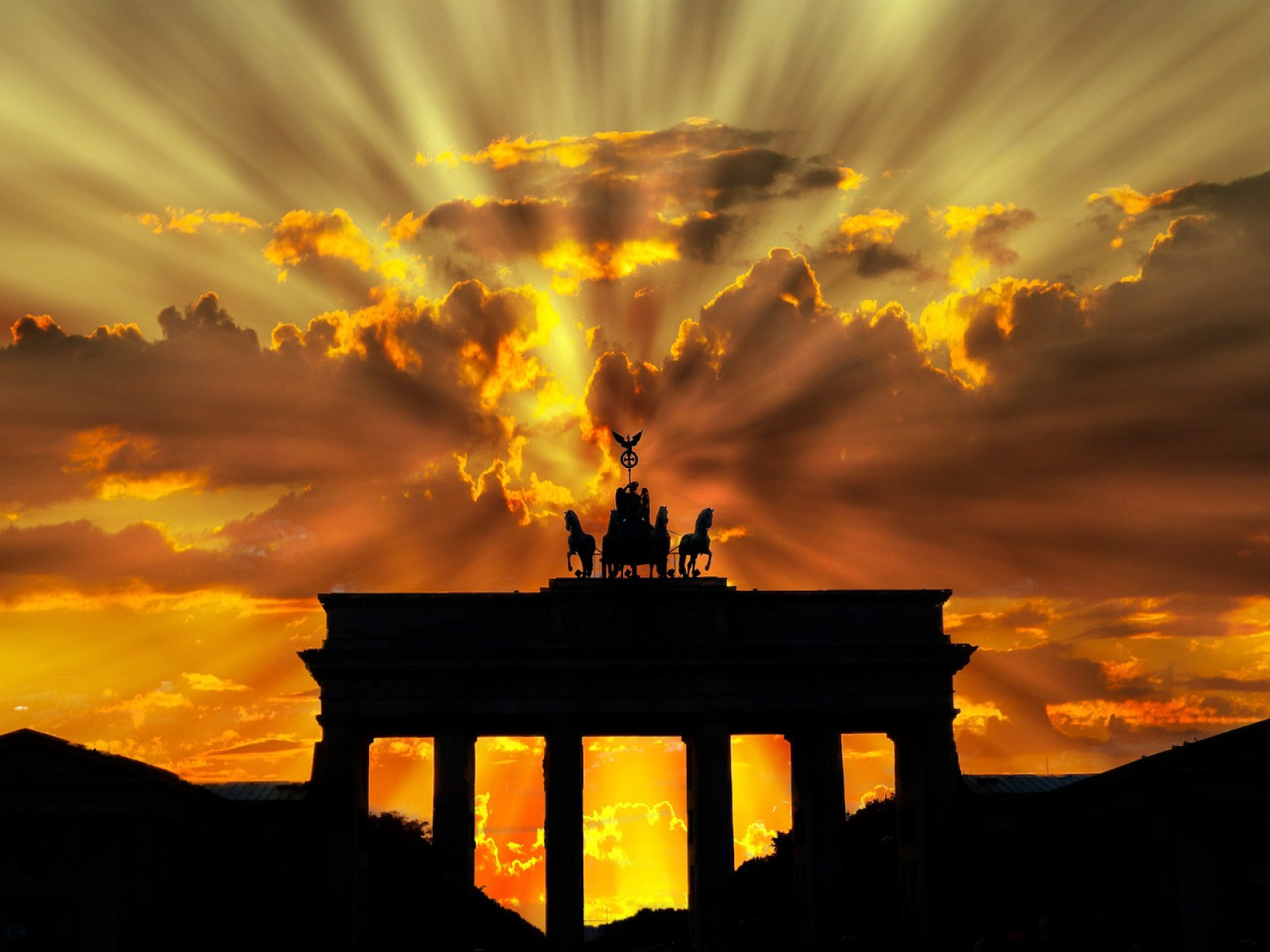 This is Twisted History

Berlin sits as the pride of Prussia, its capital city and home to a strong military. Here the arts have taken hold as has the Enlightenment, with colleges, conservatories and theatres of all kinds.   Though its no secret, Berlin has the Office of the Magical Secretary that provides innovative magics for the Kingdom of Prussia.
Most consider it a novelty though some think it a terrible weapon should an unscrupulous king again take the crown.   Still, they are leading the world in magical, and other, innovations. Innovation is key to prosperity and the might of Prussia, and Berlin leads the Kingdom and, indeed, the world in that. It was not an easy thing to achieve.


The Painful Path To Innovation 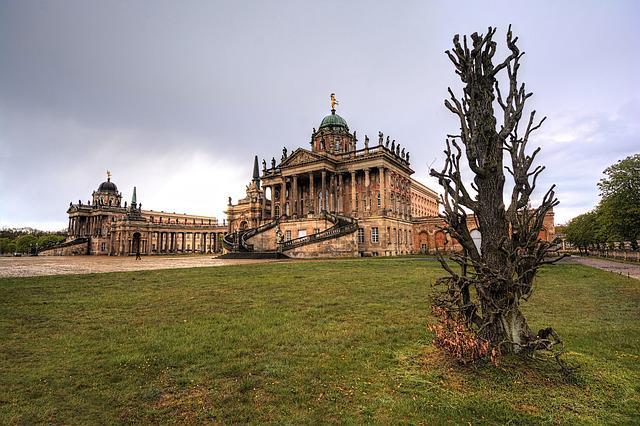 by LeifLinding
Berlin began on the banks of the Spree River and was just a town. Then, in 1413, Frederick I, of the Hohenzollern family, became the elector for the Margraviate of Brandenburg.
In 1431, when Frederick II was 18, his illegitimate son, Johan, was born.   In 1443, Frederick II "Irontooth" Hohenzollern became the Margrave and Prince Elector of Brandenburg.   He laid the foundations of a fortification on Fisher's Island that sat in the middle of the Spree River as a key crossing between Berlin And Colln, which became the other side of the river portion of Berlin.   This lead to a rapid rise in poverty among the citizens.

In 1448, the "Berlin Indignation" rebellion, citizens who were strongly opposed to giving up their Hanseatic League free trade city privileges over to a monarch. Fredericks' garrison that was stationed at the castle while it was being built suppressed the rebellion.   The citizens lost much of their political and trade privileges. This event led to an underground and back alley market of magical wares and teachings. These magical places became known as speak softly shops.   In 1451, the castle was complete. Irontooth moved in from Brandenburg, making Berlin his capital. This forced the city to give up is membership in the Hanseatic League. With Berlin settled down under the thumb of his garrison, Irontooth began his pilgrimage to Jerusalem, completely unaware of the hidden societies of magic.   In 1452, Irontooth's only legitimate son, Erasmus, was born. To ensure that legitimacy, he sent assassin's after his illegitimate son, Johan, who was by then twenty-one years old. 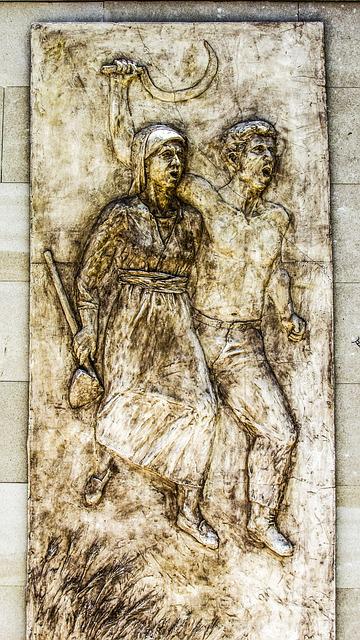 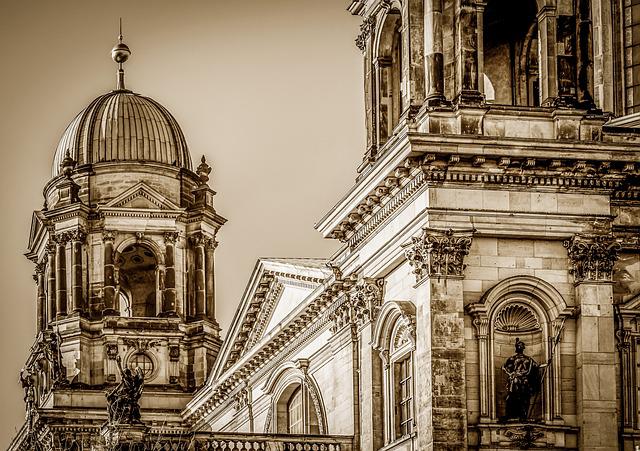 by 1195798
In 1454, Irontooth returned from his pilgrimage and made his castle chapel into a parish church and richly endowed it with relics and altars. The Prince-Bishop of Brandenburg, Stephan Bodecker, consecrated the new church to Saint Erasmus of Formiae.
Whenever there was trouble for the faithful of Berlin, the spire would be bathed in St. Elmo's Fire. It was reported to him that, after two years of extensive hunting, it was presumed that Johan had indeed died in childhood as his mother had proclaimed two years ago.   In 1465, Irontooth was allowed by Pope Paul II to have his St. Erasmus Church to become a collegiate college. Soon after, his only legitimate son, Erasmus, died at the age of thirteen.   In 1470, Irontooth abdicated to his younger brother, Albert Achilles and died a year later. By then, Berlin was fully settled in under his firm hold and Albert easily took up the reins as unaware of the magic hidden within the city as his brother.

In 1510, 100 Jews and 10 Peddlers were accused of stealing and desecration. 38 Jews and 4 Peddlers were burned to death. The rest were banished. All lost their possessions, including the Peddlers who lost their wagons. It was through extensive efforts by Johan, who was 79 years old, that only 10 Peddlers (the others had fled Berlin after heeding the warnings of Johan and his network) were accused and none of the wizarding folk hidden in Berlin were accused. This proved the worst of the violence against those who were not Roman Catholics, but was far from the end.   In 1539, the building resentment against the Catholics rose to a peak in Brandenburg, and the whole Margraviate, including Berlin, became Lutheran.
In 1540, Joachim II began the Protestant Reformation and seized control of many church posessions. During this time, the Peddlers openly travelled to Berlin. 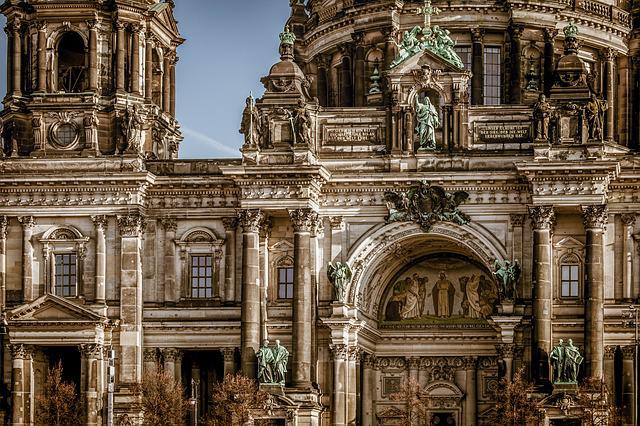 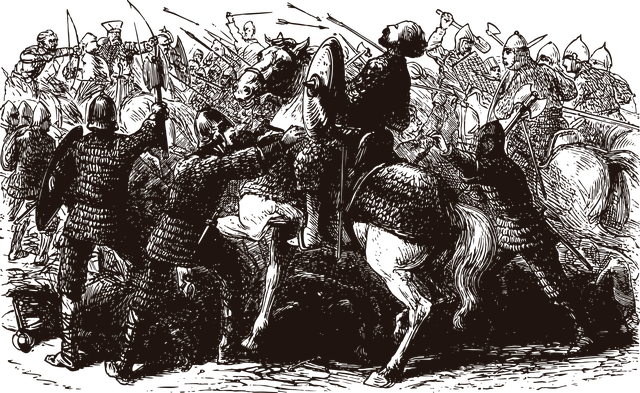 by Jo-B
Battles were common within the Holy Roman Empire between the Reformists and the Roman Church until 1555 when a treaty, called the Peace of Augsburg, divided the Holy Roman Empire into Lutheran and Catholic states.
When the plague struck in 1576 about 6,000 people died despite everything Johan, who was now 145 years old, and the churches tried to do.   In 1595, Ferdinand II was appointed to rule the Duchy of Styria. He swore that he would rather see his lands destroyed than tolerate heresy for a single day. A year and a half later he had eliminated Lutheran and Calvinism in what was once a previously Protestant stronghold.   The Peace of Augsburg began to fray when more Catholic states reform to Lutheran or to Calvinism that neither the Lutherans nor the Catholics liked. Brandenburg changed to Calvinism at this time as well.

During this time of constant change, Johan expanded his network to other cities within the empire.   Peddlers began to camp their wagons in sheltered communes in the forests beyond the cities and slipped into cities under the guise of a Lutheran, Calvinite, or Catholic depending on which was the prevailing choice.   They became the finest of smugglers, spies, and heralds for Johan's network.   In 1617, Ferdinand II was elected King of Bohemia where he reconfirmed Protestant religious freedoms.   His history within Styria, however, led to suspicions that he was only awaiting a chance to overturn them again with even more bloody concesquences.   Their suspicions felt confirmed when he resolved disputes over property all in favor of the Catholic Church. 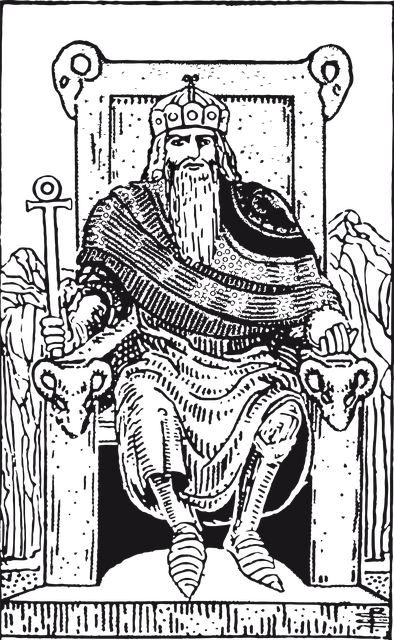 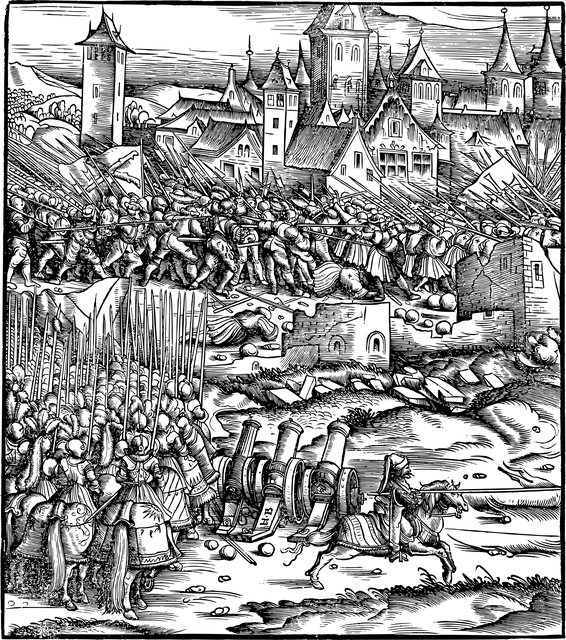 by GDJ
In 1618, Protestant nobles revolted in Bohemia. This Bohemian Revolt was the start of the Thirty Years War where Protestants and Catholics fought for the control of their various realms.   In 1630 Brandenburg joined the fighting on the side of the Protestants until 1635 when the Catholic nobles finally won control. These nobles then led Brandenburg to fight for the Emperor. Berlin lost a full third of its houses and half of its people when Brandenburg left the fighting in 1641.   Frederick William, known as the Great Elector, initiated a policy of immigration and religious toleration. At the same time he developed a standing army. By 1700, many refugees had come from Bohemia, Salzburg, and Poland.

In 1701, Frederick William crowned himself as Frederick I, King of Prussia. He was mostly interested in decorum. He named Berlin as his capital and ordered the construction of a new castel, Charlottenburg in the west of Berlin.   In 1705, the castle was complete.   In 1713, Friedrich Wilhelm became King. He was determined to build a great military power. Engineers, mechanics, technicians, and such gathered in Berlin from all over.   He heavily promoted immigration of Protestants to become soldiers. To ensure his soldiers could read and write, he introduced universal primary education.   In 1720, he built Charite, a major hospital and medical school.
In 1740, Frederick II (Frederick The Great), became King. He patronized Enlightenment thinkers of all kinds, including mages.   In 1786, Frederick William II became king. He had no use for the Enlightenment, but he did find magical techniques of censorship and the repression of political enemies.   In 1797, Frederick William III became the current king. 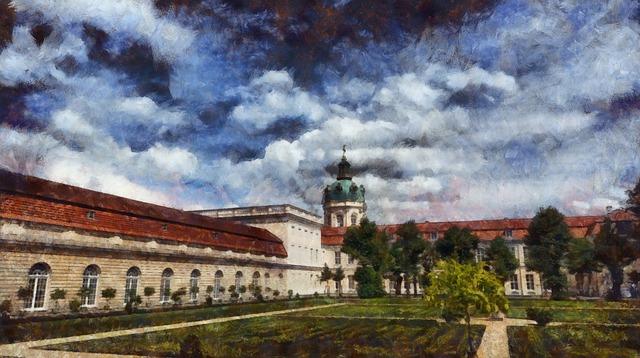 Being magical is a rather uncommon thing and requires a supportive community to achieve. The Catholic Church frowned on the performing of powers that were not through the church and woe to those who got caught practicing it. The selling of magical things was a lesser offence as most folks could honestly say they believed all magical things came from God, as that is what they were taught to believe by the church.   To further complicate these things, the Church often held Goodwill Sales to the faithful where holy items, not actual relics, were sold. These Goodwill Sales did much to appease folks when there were unpleasant rulings and an integral part of the Church maintaining its power over citizens far from the cities of their Prince-Electors.

Johan of Brandenburg had not died in childhood as his mother proclaimed. She had worked very hard to see him apprenticed to a speak softly shop. There he worked binding books while secretly learning magic. All the while he went by the name of John and no one knew him to be the son of the Margrave.   After his father accepted that he was dead, Johan went on to establish a Shadow Network of speak softly shops in support of each other. When Johan was 39, his father died and he again changed his name. This time, he went back to Johan of Tangermunde.   By the time he reached the age of 79, Johan was one of the most powerful wizards of all time. Most do not know him as he lives as a bookman and binder in his own speak softly shop. He also looks to be somewhere in his 60's.   Johan never contested others who declared themselves the greater wizard. He simply warned others of the dangers of following those who wanted to be more public and continued to do what he always does with his Shadow Network. The public hunts and persecutions of those who dared reveal themselves were clear proof of his wisdom.   During the long brutality and suffering of the Thirty Years War, The Shadow Network and the Peddlers had to make the terrible choice to do all they could for magical folks before others. Only under the cover of night and in utmost secrecy, would some of them dare to aid the suffering peasantry with what little they could spare.   Sadly, there was rarely anything they could spare. By the end of the War and the suffering that continued during the rebuilding, seclusion and the hiding of magic became the One Law. Violating that law among Johan's wizards or the Peddlers resulted in banishment and the stripping of the dragonfly mark. These marks allow those who have them to find the secret places and to enter.   To this day in 1800, Johan still runs the Shadow Network at the tender age of 370-something.

In 1740, those wizards who believed in Frederick the Great willingly accepted banishment to recieve his patronage. There was even a minor position of Kingdom Magical Secretary created to handle the magical beings and affairs of Prussia. Other wizards were added as junior secretaries and restricted to being only wizards. No other mages allowed.   The Office of Magical Secretary survived the distasteful rule of Frederick William II by providing him with non- deadly means to suppress his people and enemies with magic. With the crowning of his son, Frederick William III, they have been able to put aside these unfavorable magics, at least for now.

Answering: "A settlement that leads the known world in something"
Visit Dazzlinkat's Competition Page Check all other answers to this prompt Competition Homepage