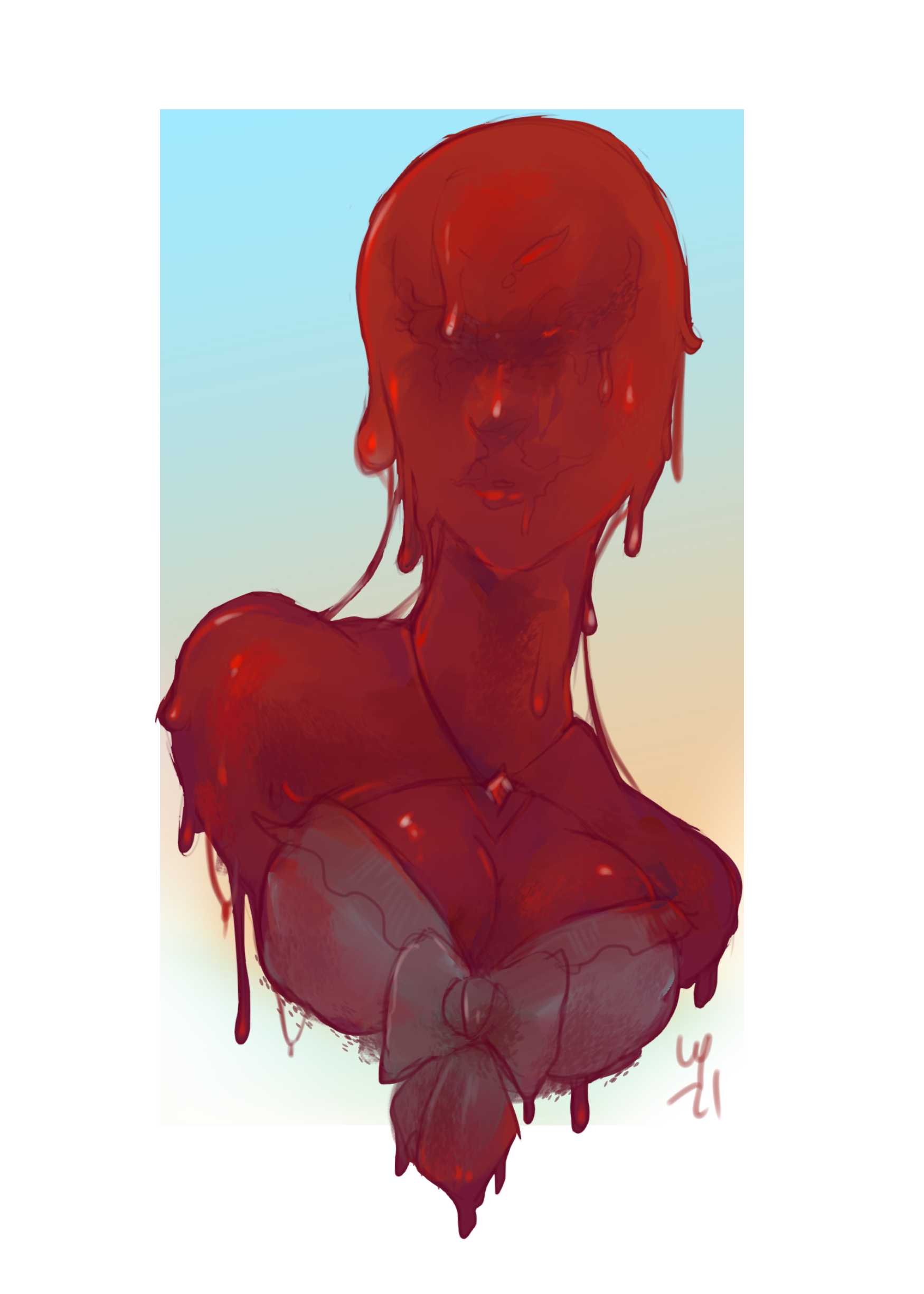 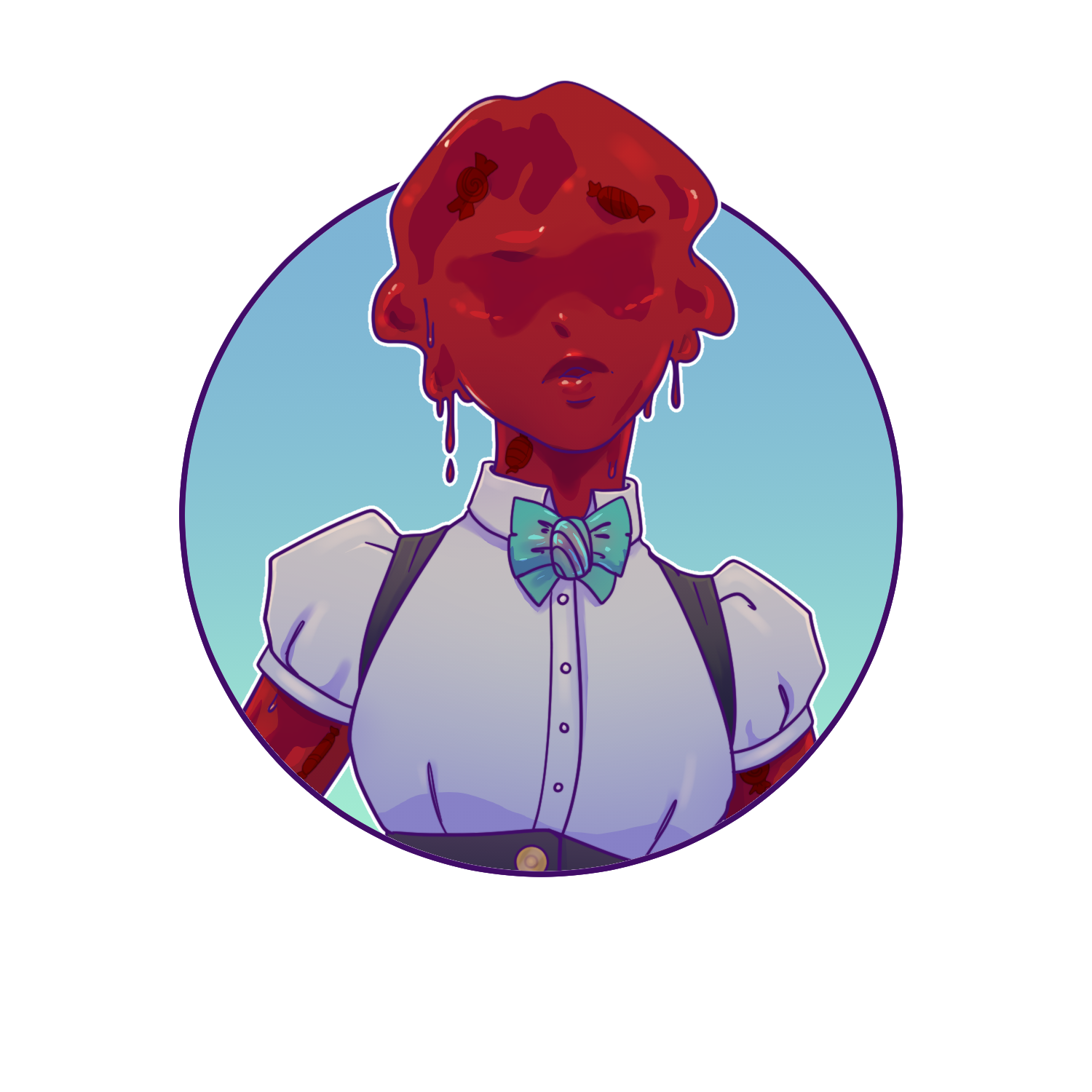 In slime form B+ has a generic blob like shape. A thin layer of dense gel like material surrounding a liquid blood based fluid.   In human form B+ takes on the shape of a tall average female. Featureless and hairless. The same gel like substance coating the fluid internals.   https://pin.it/3JLpOvk

B+'s entire body is smooth and somewhat glistening while not showing any signs of moisture.   B+'s hands and feet are always in the form of tentacles.

B+ can change her body or appendages into any shape at will.

Trained as a Doctor. Made of blood and slime.

B+ has no memory of their time before Liminal besides flashes of feeding on something in the dark, something with tentacles. After arriving at the Lockstitch Academy they made quick friends with Sauma Stein. Often playing pranks on students and staff or skipping class all together to explore, people watch, or just stare out at the ocean from the beach.   An authority problem added to the constant trouble B+ got into. From disobeying orders from superiors to entering areas beyond what their ranking allowed. This lead to a constant state of walking the line between disobedience and self interests as the curiosity grew and a feeling of indifference began to swell.   Using the abundance of people watching B+ did they were able to assume the appropriate reactions to situations even though they didn't understand many of them. This coupled with the medical training developed a confusing indifference towards almost everything. Curiosity lead B+ to want to help people but her base instincts didn't line up with the actions she learned from watching people.   After graduating from the academy and joining the crew of the HTML Wanderpus B+ continues to view things based on their self interests while trying to balance the responsibilities of a medic and interacting with other crew members. The two don't always mix well but B+ tries not to break too many things because that would make the Captain mad... if they were to get caught.

B+ isn't interested in any sexual conduct. They do find the female form interesting thus their human form being female.

Nurse on the HTML Wanderpus

Makes candy inside her body that tastes like what every the consumer enjoys the most.

B+ doesn't understand the concept of embarrassment and failure. If told something was embarrassing B+ doesn't feel the embarrassment but attempts to react in a maner she has seen that might fit the situation.

Intelligent. Lacking a basic understanding of social norms. General indifference towards outside factors instead focusing on personal desires.

Purely neutral. B+ has no judgement for others actions. She only wants to feed. Cute things do gain favor with B+ and they will attempt to keep those around them happy solely because they assume that is what everyone wants.

Feeding. Tasting as much blood as possible.

B+ has full control over her body and can eject any contaminants.

B+ can not speak. Instead they interpret vibrations and use a form of mimicry to communicate. 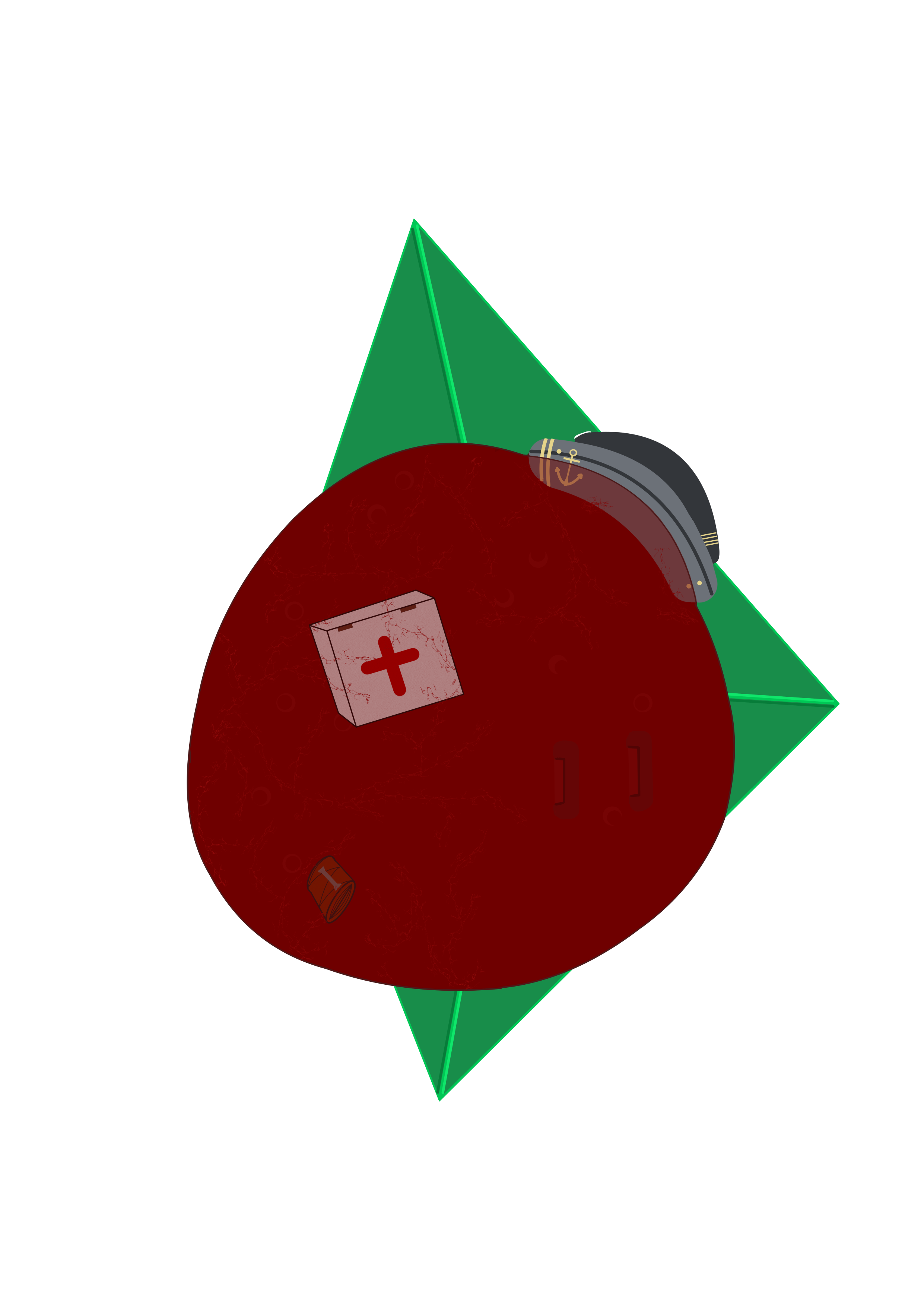