an echo of wilder times

Centuries ago, the Kingdom of Verdance was aptly named. As one of the Lowland Kindgoms, it enjoyed temperate weather, rolling fields, and sunny forests full of game. The soil was rich and perfect for farming. Until the farms and cities sprang up in force, the primary source of food was fishing, hunting, and trade.   Hunter's Bounty is a relic of that bygone age. The forests have dwindled, and hunting is no longer sustainable for the amount of people in need of protein. Nobles and merchants will have specialty meat imported, or live off the plentiful supplies of mutton from their herds of sheep.   On the Fall Equinox, however, the proud culture of stalking your own food in the wilderness is still celebrated, as it is a rich part of Verdance's cultural identity. It is likely that if the King attempted to cancel the holiday there would be a riot in the streets, as this is the only time the poor have access to a large quantity of red meat, freshly cooked and freely offered.   The celebration begins in the high afternoon. The city gates are swung wide open and troops of laborers carrying furs, meat, and other goods will make their way to the main square. Cheering and dancing salutes them, while certain tasteless vendors will already be trying to hawk their wares among the populace. A dozen massive fire pits will have been constructed and volunteer cooks are standing by, ready to begin roasting a marvelous feast.   While the food is cooking, the rougher sorts begin to work up an appetite by dressing in the skins of wolves and bears, or else grabbing sticks and attacking the 'beasts', although anyone is fair game if carefully goaded. The result is absolute mayhem, and generally only hoodlums partake in the combat. There have been accidents and even fatalities. Nobles normally watch askance from a distance and wise, gentle souls will retreat from the spectacle.   When the feast is ready, the town bell rings. Anyone still conscious returns with the crowd to the fire pits.   Meat is the primary course, and there are several competitions in different categories to find not only the finest cut, but the tastiest recipe. A bag of gold is rewarded to the winners. Anyone can step forward and ask for a serving while the fires are burning. There are no plates, but a large quantity of wooden sticks have been prepared that can be used to hold food.   Games and songs and plays continue late into the night, until the revelers retire to await their morning hangovers. Despite the rougher part of the festivities, Hunter's Bounty remains a time of joy for most, and a chance to indulge in the memory of simpler days, when cities weren't so large and kings were less controlling. 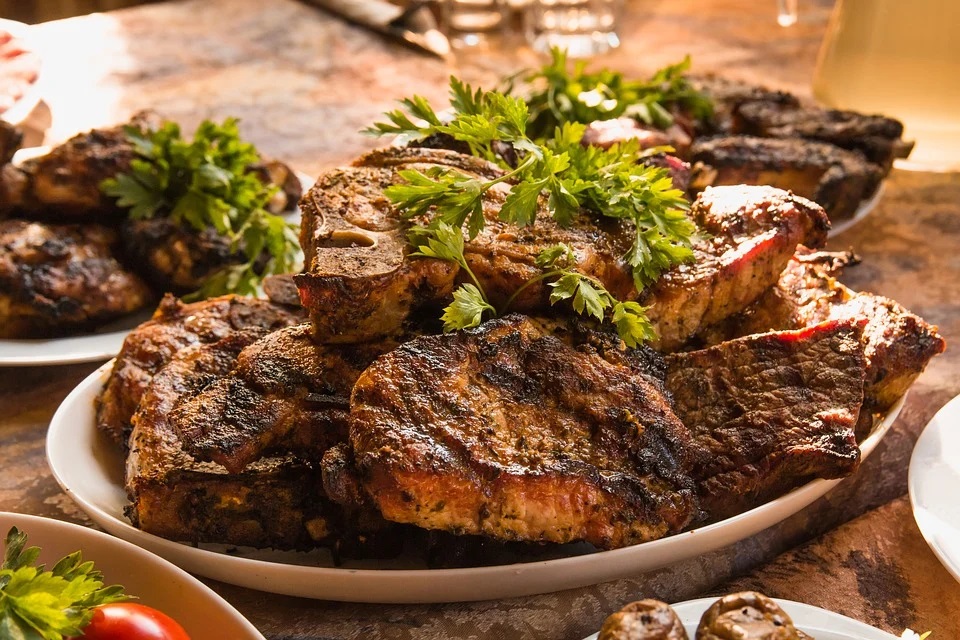 "You jess watch...thar's a ugly bear right over t'ere...I'll break his snout, I will."   "Actually, I think that's Bertram Shank. Doesn't he owe you for that sheep his dog killed...Uncle, WAIT!"     - an exchange made shortly before disaster, circa 7300 AC