A religion turned government, commanding the hearts of many. The Congregation will see to it that all, you included, convert to their faith— and serve under their rule. Be wary.
— Saronere

The Deserite Congregation is one of The Five. Descended from what was once known as "The Church of Jesus Christ of Latter-day Saints," they aim to convert and unite all of humanity under the Deseret faith.

The Deserite Congregation aims to unite all of humanity under the Deseret faith, and most importantly— their leadership. This task is given to the faithful as a righteous mission from on high. As they are told, god himself is witholding the rapture until after all of humanity can be taught his word. While not everyone needs to accept his word— they will have no chance of a peaceful afterlife without paying tithing. And so, the faithful— wishing the best for humanity— try their best to convert as many as they can. 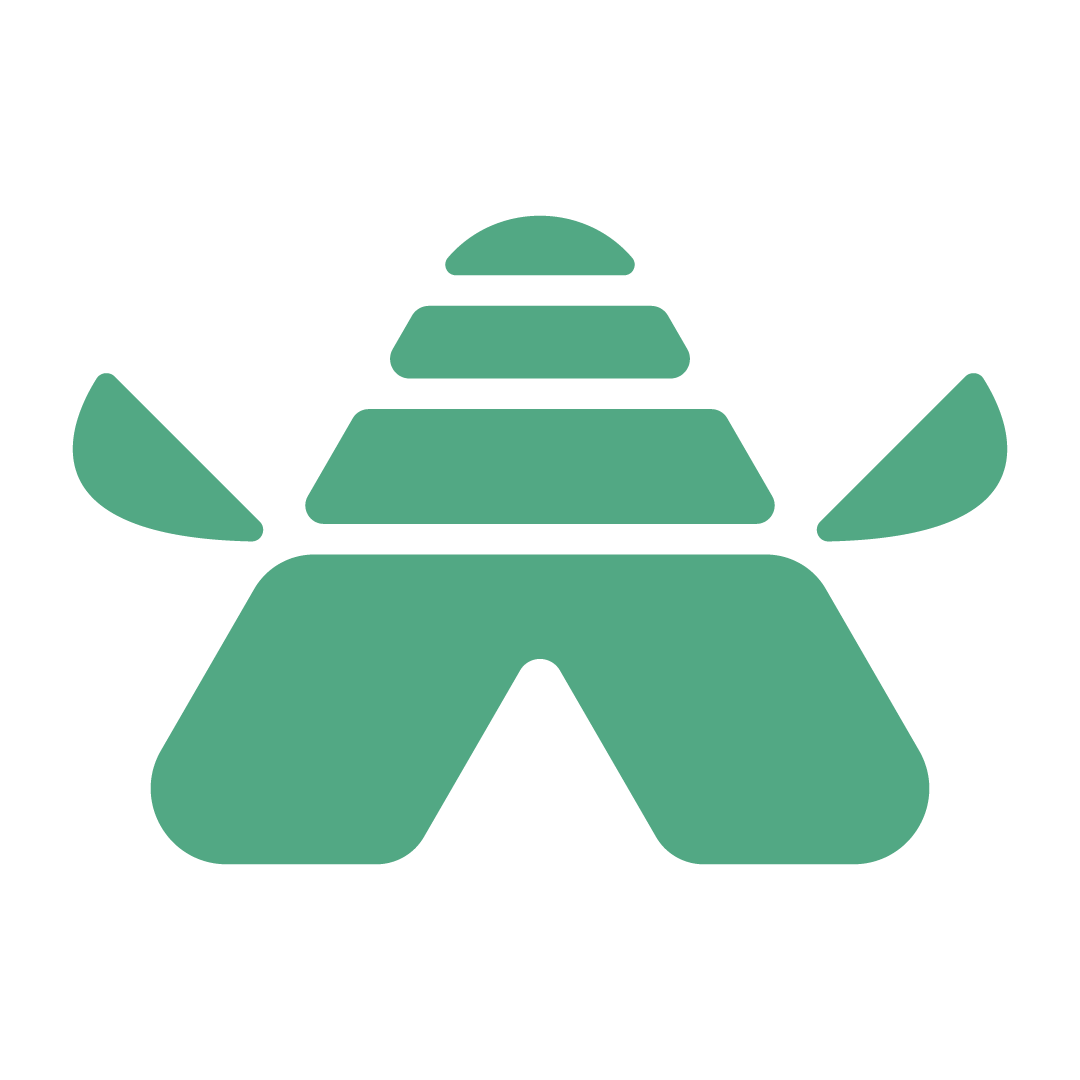 Capital
Nauvoo
Leader
Joseph Hofmann
Primary Territory
Venus
Ethnicities
Deserites
In reality— this a selfish goal set by the church's leadership in order to gain more power and finances. The faithful are told that, in order to reach heaven, they must pay tithing. What's more— heaven is split into three tiers, each reached by paying a higher percentage of one's earnings as tithe. If one pays no tithe, they are cast into outer darkness. Logistically, more followers means more tithing— and thus, monetary gain for the leadership.   To further encourage the faithful to cooperate, the leadership teaches that their leaders will become gods— leading the Congregation even in the afterlife. This carries an unspoken threat— in the afterlife, the leadership will punish those who oppose them now. There is no escape, even in death.

In order to achieve their goal, the congregation sends out bands of missionaries on ships known as salamanders. These ships supply the younger, healthier Deserites on board with a drug known as Moroni. This keeps them happy, and energized to continue their work. At the same time, this creates a dependency on the ship, thus ensuring that missionaries return each day, and lessening the chances of them abandoning their faith while abroad.

When the The Cremation began, the luckiest on Earth had mere hours to find shelter. Those in the know— including the leadership of the LDS Church, select members of the church, and conspiracy theorists— raced towards a safe haven prepared for just such a scenario: the Granite Mountain Records Vault. Outwardly, the vault was simply a collection of genealogy records. However, the vault was shrouded in secrecy— as inside laid an exclusive safe haven.   A bunker, prepared to house up to four-hundred of the faithful, was hidden in the vault. Without so much as a calming speech to the frightened masses, the church leadership abandoned their flock to save themselves. A small armed contingent of Utahns attempted to take control of the bunker, but were fought off by the Mormons— who themselves had prepared for just such an occasion. In the chaos, the acting prophet— leader of the church— had died. He had been shot by one of his own— Joseph Hofmann, a young apostle with dreams of prophethood.

In the years following this, Hofmann would gain the support of other survivors, claiming to have been told by god to reform the church— and promising great power to those who supported him. later, when the remaining leaders refused to ordain him as the new prophet, Hofmann and his followers would stage a mutiny.


Brothers and sisters, I tell you, that great tragedy was a warning from our Heavenly Father. He appeared to me that dreadful day, and told me how we must reform. It will not be easy— but it must be done. At any cost.
— Joseph Hofmann

About a decade after the Cremation, the survivors finally emerged into the scorched world outside. By this time, their faith had already changed drastically. After taking control, Hofmann had written a new set of scriptures, which would lead the faithful into the new era. As they began to grow in size, and conquer other— smaller— pockets of survivors, the church would rename itself to the Deserite Congregation. In time, they would build new cities over the ashes of North America, expanding westward until running into fierce opposition at the hands of the then independent Redwood Arcology.   After years of stalemate on the western front, Hofmann had grown restless— wanting nothing more than to keep expanding his area of control. Around this same time, the coil drive had been invented— renewing interest in space travel and sparking a race to colonize the solar system. Hofmann would reveal a new direction from god, that he and his flock must go to Venus.
Thousands of Deserites left for the new promised land, while many remained on Earth to ensure their homeland remained out of enemy hands.   A colony was established, and grew rapidly as the years went by. So, too, did the church— becoming the Deserite Congregation seen today.

We leave for Venus, once known as Kolob, where our Heavenly Father was born. There, I, and your faithful leaders, shall grow to become like Him.
— Joseph Hofmann 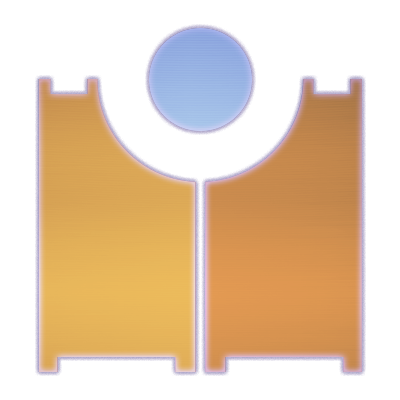 The Deserite Congregation is lead by an absolute monarch in the form of the prophet, who is chosen directly by their predecessor. Each prophet has the Brass Plate— a chip containing the consciousness of Joseph Hofmann— implanted into their brains. While their views and personality may vary somewhat, each prophet is effectively Joseph Hofmann— and so they are all referred to by his name.   Ordained by the prophet is the High Counselor, who acts as a trusted advisor and works directly alongside the prophet to carry out his myriad duties. When the prophet's current body grows old, and is unable to act, the High Counselor will carry more of his duties.   Below them is the Quorum of Twelve Apostles— each ordained directly by the prophet. They will each ordain and oversee regional leaders, known as presidents. Presidents may ordain any number of local leaders— such as bishops and counselors— beneath them as their membership and territory grows. Disputes and legal matters are handled directly by bishops at the local level, while larger scale issues move up the chain corresponding to their size and importance.

The Deserite military consists of unwaveringly faithful Deserites, who are directly called upon as soldiers by their leaders. Many are fit into spider-like chassis possessing increased durability, strength, and endurance. This is often a painful, irreversible procedure.   Standard strategy typically relies on overwhelming numbers, throwing wave after wave of faithful soldiers at their enemies until they are finally worn down. Ideally, they would give in after merely seeing an approaching army. The goal of any battle is to crush their opponent's spirit and resistance, so that they may be converted to their faith. However, if they continue to refuse the word of god, they are already lost— and serve as an obstacle that must be put down.

The highest honor for a Deserite soldier is to be appointed as a Danite— an elite group of dusters that carry out the Congregation's most difficult, high priority, and often covert military tasks.
Most soliders are equipped with Teancum Javelin Rifles, heated knives, and handheld energy shields for more valued soldiers. Cybernetics fallen on the field are often collected by specially chosen scrapper units, and retrofitted onto injured, old, and new soliders alike.   Military ships are built around their pilots— who are permanently attached to the vehicles. This is of little concern, however, as many are built for kamikaze attacks. Most of the Deserite fleet consists of Pioneer corvettes, with Trumpet battleships acting as their capital ships.

The Lamanites buried their arms, and promised never to kill again. Heavenly father instructed them to do this, so that their arms may grow, and flower into the great weapons of destruction we wield today.

Within the territory of the Deserite Congregation, roams the yellow wheel of The Chariot— the Believer. The mysterious wheel hovers silently above Venus, while several Deserites below claim to hear it communicating with them in their sleep. A cult, known as the Believers, has formed as a direct result of this. Despite the Congregation's best efforts, they have been unable to rid themselves of these heretics.

In case it wasn't obvious here, I am an ex-mormon. That's the angle we're going at with the Deserite Congregation. There is a lot of harm in my history with them, and with my friends and family involved with them. This is but one of many ways I've vented my feelings about the church. If you are a member of the church, please, look into the history of the church— and not just church approved sources. Don't let them hurt you, don't let them steal from you.   I was taught by the church to love and accept everyone, but I saw them doing the opposite time and time again. Just look at their treatment of LGBT people. Look at their history with PoC, they only move to acceptance once the law forces them to do so.   Feedback is very much welcome! Whether on the content, or the formatting! Please, point out typos if you spot any!

I can tell this is a very personal article for you. It is *so good*, and also rather terrifying. It feels so much like something that *could* happen, I think. Really great job, Timepool.   "Oh no, they shot the prophet!" he says, having shot the prophet.

Thank you! I'm glad it came through!

This article is really interesting, and all the more chilling when you know this is rooted in your own experiences. Great work, and sending good vibes your way <3

I never knew and I'm sorry you have such a troubled past with the LDS. I imagine that's a problem that never really goes away. Still good to see you turning your troubles into fantastic work. I think its baffleing that all of humanity must convert to achieve the conditions for rapture. That's an odd decision, but I imagine it highly encourages evangelicalism. There are so many details here that point at the source of inspiration ( tithes, the missionaries, even the cult-like notions of the leaders being divine) I remember going to an lds church a few time in my teens. Its definitely there. Good on you for pointing it out. The fact that it's so personal gives it this foreboding feel. It makes this group scary for me. Great work.

Yeah, it likely never will. But, I'm all the better for getting through it! The point of the "everyone must be converted" bit is a method of control— not only does it set an unrealistic goal for the rapture (so, if their goal is met in the future, and no rapture occurs, they won't be exposed as frauds) and it does— as you mentioned— encourage evangelicalism.   There are a lot of details haha, several I don't expect most people to get. (There are several Book of Mormon references here.) But I like to have them there.   There'll be more articles on them in the future that ties into their myriad issues. Thank you for the kind words!