You awaken with a start. Myriad lights flicker to life around you, as your ship finally ends its hibernation. How long have you been floating, frozen among the stars? Did Earth survive those terrible wheels of flame? Before you can even begin to investigate, a strange, glowing red dust begins to surround you— and a voice begins to speak in your head.

What is Heliox Stardust? 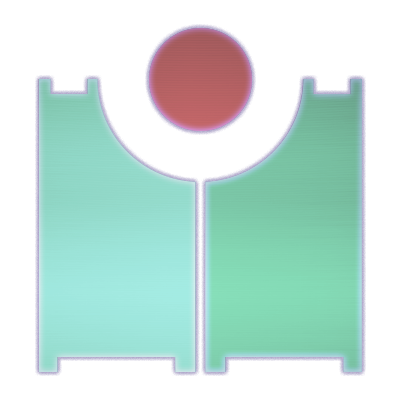 Heliox Stardust is a science fiction setting with a dash of eldritch horror. While it does lean towards a darker tone, it is host to many colorful heroes. Here, I return to my roots— which lie in science fiction, rather than fantasy. I've been holding on to various sci-fi ideas for too long now, and will use this world to explore them, finally.   Heliox Stardust is set about 300 years into the future of our own solar system. Humanity was nearly wiped out around 300 years ago in an event known as the Cremation. During this cataclysmic event, great wheels of flame— now known as the Chariot— reduced 90% of the earth's population to ash. Humanity survived in various isolated pockets.   Dusters— individuals with the ability to control dust, and thus wield great power— began to appear among those born in the aftermath. Humanity has since repopulated, and expanded into the solar system at large. The Five, who divide the system among themselves, fight bitterly over these territories— each yearning to accomplish their own grand goals.   The average person is often either subjugated by or supporting one of the five— or caught in the crossfire.
The name "Heliox Stardust" combines three key things; heliox— a gas used to aid breathing, stars— as this is set beyond Earth, and dust— a key component of this world. Humanity was nearly extinguished, or choked out. Now, they reach towards the stars, aided by the newfound power of dust— breathing more easily. Yet, ever still on the precipice...


Where Do I Start?

First and foremost— check out the introduction on the homepage! In the sections below, I've written below short primers on key components of Heliox Stardust— alongside a collection of essential articles for each.   There are many gaps below, as Heliox has recently been rebooted. Please be patient, these will be filled out over time! New sections will be added as articles for them are written, too.

The Five factions are key players within the solar system, each commanding considerable power, influence, or territory. Each is watched over by one of the five wheels of the Chariot— who are, themselves, sometimes considered as a sixth major faction. The Five divide the system amongst themselves, and strive to see their goals realized.

The Deserite Congregation, descended from what was once known as "The Church of Jesus Christ of Latter-day Saints," aims to convert and unite all of humanity under their faith.   Many of their number have been heavily integrated with machines in order to survive the harsh, polluted atmosphere of the planet Venus, which they call home.

An evolution of the Mormon church, whose goal is to evangelize all of humanity— and collect their tithe.

The Free Orbit Clans are nomadic, and wish merely to live free from what they see as the oppression of governance. This ideal, however, often leads to conflict with the other factions.   The only permanent territory held by the clans is that of Luna, a lawless satellite upon which the various clans trade and intermingle.

Osiris is one of the most diverse factions, containing various genetically modified groups such as the Meroce.   Their goal is to better humanity through transhumanism, be it genetic modification, thought transferring, or mechanical augmentation. They control the entirety of Titan, and the Redwood Arcology on Earth.

A diverse faction of diverse schools, with the shared goal of bettering humanity via transhumanism.

The Last Dynasty is the most militant of the Five, and wishes to conquer all of humanity so that they may find purpose under their emperor's rule.   Internal politics keep them occupied, as various subfactions fight for the emperor's favor. They control the majority of Mars, with claim to portions of Earth.

Alexandria is a neutral faction, which exists solely to observe and archive anything and everything possible.   Their insatible curiosity has lead their archivists to uncover secrets of each faction— secrets that, should any dare to attack Alexandria, may be spread. Most factions agree to leave them be, as a result. Their headquarters, The Library of Alexandria, lies hidden beneath the Sahara.

The Chariot, who laid waste to the Earth nearly 300 years ago, now seem to do no more than watch as humanity expands through the solar system.   Each of the five wheels acts on its own, in pursuit of its own unknown goals. One simply watches, another combines objects and living beings that pass by them, and yet another attacks its comrades. Several cults, in service to specific wheels, have emerged over time.

Five burning wheels, who once burned Earth to ashes, and now watch over the system.

Dust is a species of minuscule creatures which swarms within living beings, and grants power to a unique few. Dust had always been with humanity, but it wasn't until after the Cremation that dusters began to appear. Dusters are people with the ability to control dust, and perform incredible feats with the creatures. Each duster's abilities are unique, yet no less incredible or devastating.   Their power makes them a valuable asset for any faction, and is sometimes enough to turn the tide of war. It is no surprise, then, that many of Heliox Stardust's major characters are dusters.

If articles seem too intimidating, stories are always a great gateway for one to delve into a new world. After all, what is a world without stories? From heroics to histories— Heliox Stardust is home to many.   Heliox Stardust's stories, thus far, focus on individuals in search of purpose, mysteries, heroes, and villains. These may not all be published at current, but in time, more will inevitably appear here.

A man awakens without a face, or a name. 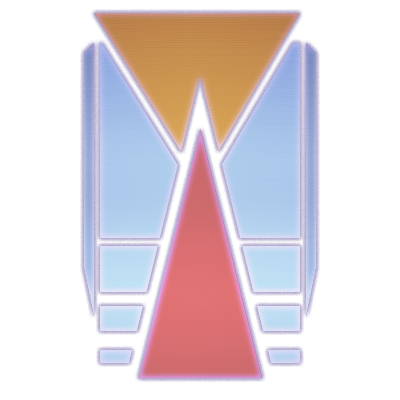 Heliox Stardust is, like most of my works, home to myriad themes and ideas. Most broadly is tone— Heliox is not pinned to either light or dark, simply whatever feels appropriate.   It will likely lean into dark territory more often, but given the nature of a world with powerful heroes— it'll be home to lighthearted moments, too. As Heliox is set in the future of our own world, diversity is a must. Pockets of humanity survived across the globe, and thus, carried their cultures into the future with them. I won't 1:1 copy any of these, beyond those I have direct connections to— and even in those cases, I'll be spinning them in a different direction entirely. Rather, I plan to think about how today's world may influence that of the future's world— taking inspiration from extant cultures, rather than directly copying them.   And, of course, plenty will be here just because I enjoy writing it.

There are so many intriguing things within our own reality, it's hard not to find inspiration in it! I'm inspired by various cultures, histories, and science. Even governments, clothing, architecture, and geography inspire me! My own background has a fair bit of weight on Heliox Stardust, as well— I mean, what writer could avoid this?   Of course, it's also important to note the dream that kicked this whole thing off, which has remained an inspiration for years.

I've been inspired by a lot of different media! The lore behind the Destiny games is a huge influence. Warframe is shortly behind that, with a bigger aesthetic influence.   Beyond those, a wide array of science fiction has inspired me. This includes things like the Half-Life games, Ray Bradbury stories, and artists such as Ariel Perez.   Last but not least, the fantastic work here on World Anvil! Most notably on the sci-fi front are the worlds of Ethnis, Felth, and The Void Between.

Heliox Stardust first came to me in 2019 as a dream, which included the cremation, the Chariot, and the Redwood Arcology.   It also included a bizarre and fascinating vampire concept that I'm unsure what to do with, they may turn up as cultists later on.   I wrote half of a short story based on this dream, yet never finished it. It remained in the back of my mind for well over a year, however.   I've been itching to write a sci-fi world for a long while, and was even beginning to write out-of-context short stories set in one to vent that desire— which only made it stronger.   Then I realized that dream could combine with those stories, and was beginning to wonder how to even add another world to my plate! 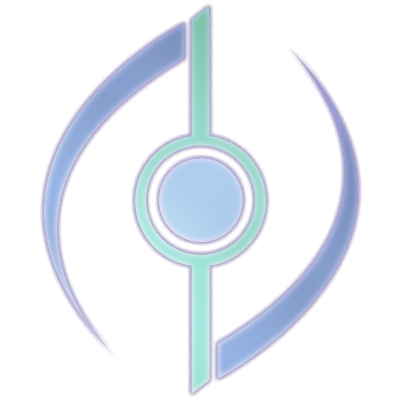 A friend was also looking to work on a sci-fi project around the same time in early 2020. So, we got together, and Heliox Stardust's first incarnation was born from both of our concepts!   It wasn't to last, however, as between the hell year of 2020 and the realization that attempting to combine two entirely different worlds into one wasn't a great idea— we had left the world largely untouched.   In early 2021, we both agreed to can the project.   Yet, I still desperately wanted to create that world I saw in my dream.   I immediately got to work rebooting Heliox Stardust in the vein of my concepts— and here we are today.

Qurilion and the rest of the Happy Sun Lodge for giving feedback on Heliox's early mini-stories (Then titled "Saronere Stardust").   Ademal Jacklyn for CSS inspiration and rubber-ducking.   Kyle for the support and being a cool co-author for Heliox's first iteration.   The Worldanvil community for being fantastic.   The World Anvil team for creating such a wonderful site!

Do follow the world if you're interested in seeing more!   Join the discord! We've got space for feedback, sharing inspiration, and more!   Become a patron! More funding means more cool things for the future!   Buy merchandise! Every bit helps!   Commission me! Check out my website for details.

Check out my other worlds!

Good luck! I hope you're able to create here what you can see in your mind's eye.

Thank you! Either way, I'll have fun making it!

Great introduction! I really love how this world looks and feels. :)

Thank you! Hopefully the work to come will live up to it!