This article is from a DEFUNCT version of Heliox Stardust, and is slated for a rewrite!

The stars have been brought low, and into our reach.
— An coil drive engineer

Coil drives are technological systems that are essential for interstellar travel. They allow spacefaring vehicles to "coil" their way through space, reaching across incredible distances in the blink of an eye. 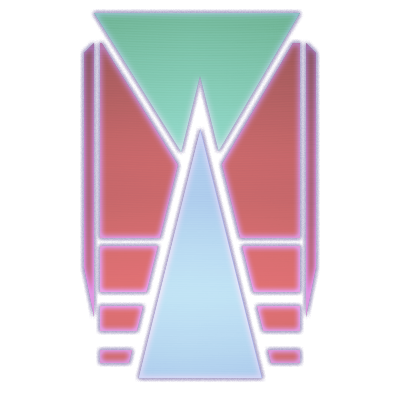 A coil drive does not, despite popular belief, allow one to achieve faster than light travel. One can be forgiven for assuming this, considering that it does achieve a similar effect— reducing the vastest distances into mere seconds. In reality, what a coil drive does is a tad more complicated.   First, one must understand the core components of a coil drive— the engine, the coil, and the navigator. The navigator is simple, it's a small chip that can receive coordinates— which it uses to pilot the vehicle once the coil drive has been activated. Attempting to pilot a ship after the drive has been activated is nigh impossible, and the chip is also responsible for deactivating the drive, without one, a vehicle may find itself hurtling through space forever.   The coil is a cage of fibre wire that is wrapped in a coil within the ship's walls, attached at its back end to the engine. This effectively sets the boundary of the coil drive, anything outside a certain distance of the coil will not be carried with the drive's activation. The engine itself serves two purposes— one, as a source of more conventional propulsion when the coil drive is not active, and two, as a mass driver once it is.   With all this kept in mind, one can look at the function of the coil drive with clearer understanding. A coil drive takes the matter of a vehicle and "coils" it into what is effectively a tiny atom-thin string— starting at the front. This string is then passed through the engine as it is formed— which soon after rockets the string forward at an incredibly high velocity. The rest of the ship joins the string shortly after, and this tiny string is then able to move, frictionless, between other atoms to wherever it has been instructed to go.

No known person has truly "invented" the coil drive— rather, coil drives have been reverse engineered across the galaxy from those left behind by the now-transformed Ferajx.   It is believed that humanity, too, developed their coil drives in the same manner. Many believe that interstellar travel would have remained out of reach were these relics not left behind for sapient beings to come across, and pick apart.     There are several different types of coil drives, however, each still mimics variants invented by the Ferajx.

A once great, powerful people, transformed into hungering wheels of flame.

Answering: "Write about a technology from the history of your world - is it lost to the ages, or did it shape the world today?"
Visit Timepool's Competition Page Check all other answers to this prompt Competition Homepage
All artwork and content copyright ©2020 - 2021 Garrett Lewis (Timepool)— unless stated otherwise. All Rights Reserved.

It's always so fascinating to see how people tackle the high-speed travel of space, and this is a particularly cool idea :D I love this!

Thank you! I didn't want to just use the standard FTL drive or whatever, fun challenge to come up with something new!

I really like the idea of being able to frictionlessly move between atoms. Such a cool image (or, you know, not image, because that's too small to see). :D

Thanks! Glad it jives!

Love the Coil Drive, it brings me back to one of my favorite authors, Frank Herbert, Dune, the Guild, and Space Folding tech. I very much enjoyed reading this article.

Thank you! I've yet to look at Dune beyond occasional fan art that's come my way-- but I've had it recommended several times. Maybe I gotta get to it soon...