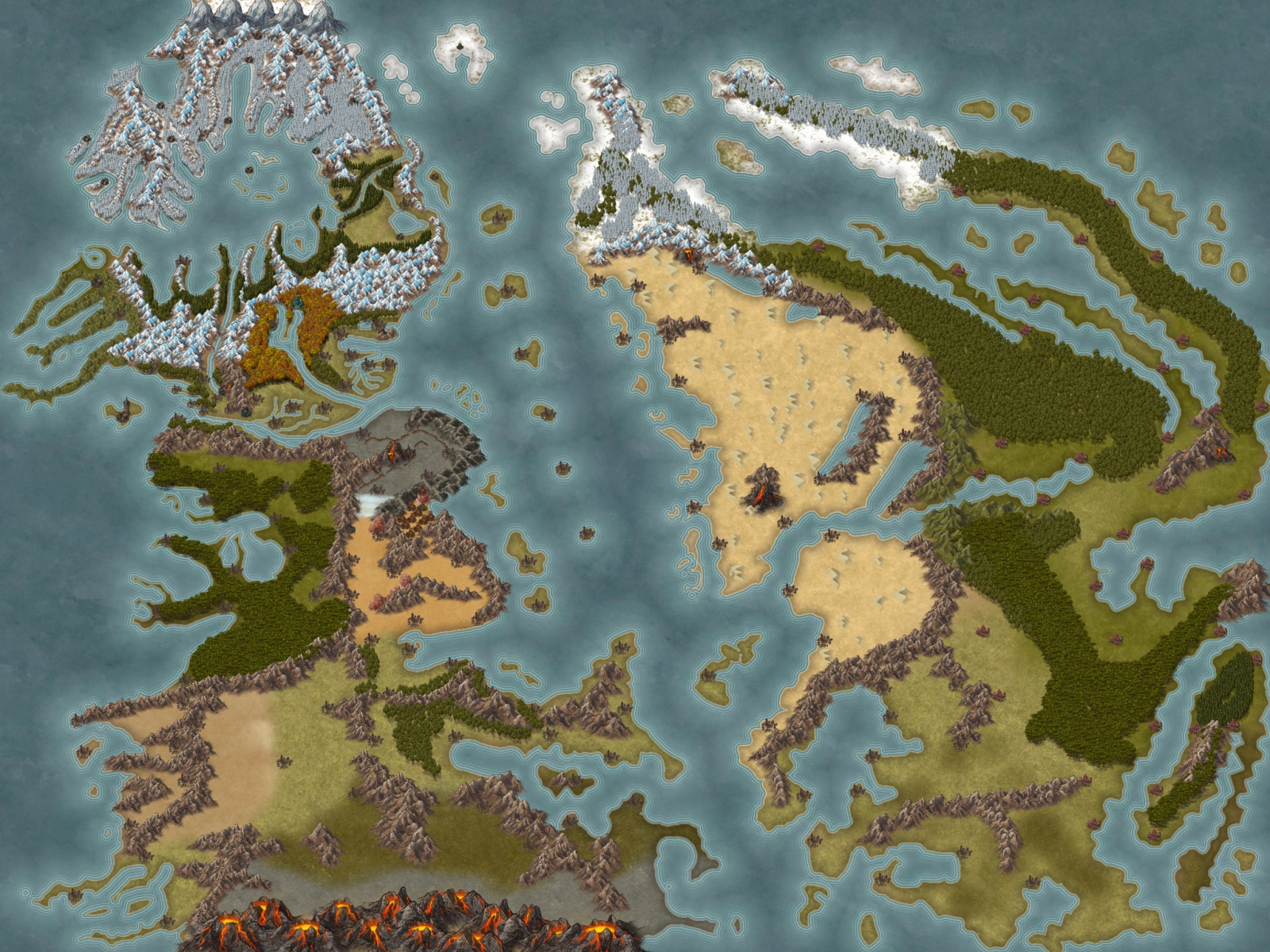 The Cold Halls of Khar Orkan

Few tales make listeners as uneasy as an unsolved mystery. Such is the tale of the Cold Halls of Khar Orkan.

Once, it had been the northern most arm of the Civilization of the Dwarves. The Fifth Khar of their Forefathers great settlements. A place that held promise and wealth.

But one day, in The Third Aeon, 2124 A.A. Rigr Skaari came to make trade with the Dwarves of Khar Orkan. But found only winter-kissed halls, cold braziers, lonely hammers on abandoned anvils, and the dreadful absence of the once mighty Dwarves that lived there.

The disappearance of an entire Khar of Dwarves, a population of over 800,000+, is yet a mystery to this very day. Dwarves from all across the Dwarven Kingdoms come every year to pursue answers. But find only sorrow for the lack of them. All the while screaming at silence over the frustrating question.

"What happened to the Dwarves of Khar Orkan?"

The Tale is best sumarized by the Skaari Poem written by the Traders that discovered the abandoned Khar. The details are plain and clear. And no less striking.

"The Skaari Men came onto the Northern Dwarf Halls of Old.

For trade of Goods and the Warmth inside.

And the mighty Gates open wide.

Onto the humming darkness they went.

In search of closure and Dwarven Friend.

Cold had been the stone.

Quiet were the halls.

They heard no reply to their calls.

Nothing taken of their riches plenty.

The Dwarves of Khar Orkan left no flickering light.

To this day no answer is given.

No clue of what was done.

The darkness in the halls be craven.

The Dwarves of the North and Orkans Kin are Gone."

The tale holds true. The Kingdom of Khar Orkan was abandoned in The Third Aeon. Though precisely when is part of the mystery.

It was theorized that the mines of the Khar had begun to run dry, and that the Dwarves of Khar Orkan began a slow and unspoken exodus from the doomed kingdom. But the mines were found to be rich with precious gems, minerals, and metals. Another theory said that there had begun to be strife among the different Clans of the Khar. But, the lack of any signs of blood pools and the general neglect of the weapons discredited that quickly. Then it was theorized that a Dragon had attacked the Khar. But again. The neglect of the weapons, and the lack of any sign of a fight, threw that theory away along with the rest.

Through out the Third Aeon, and well into The Fourth Aeon. Investigations have been and are being conducted on the ancient kingdom. But any sort of answer, is as yet, entirely absent.

The tale traveled by trade route and then by word of mouth. Reaching every ear that cared to listen. The Dwarves of the other Khars heard the tale and setforth along their underground roads to Khar Orkan. But found that the route had been collapsed long ago from the other side. Trade northward among the Dwarves had been rare. The Dwarves of Khar Orkan were a reclusive, nearly isolationist lot when it came to their own kind. Old strife having led the Northern Dwarves to the bitter cold mountains of Bulgaard in the first place.

After a long while, however. The word of the mystery became a tale told for amusement of horror story lovers. The tales actual validity falling into obscurity and doubt. With only the ignorance of the privileged and the dull witted as the cause.

Over time. The different theories became the different versions of the tale. The recital and belief of which resting entirely in the hands of the tellers and the listeners.

While the Dwarves of the other Khars would rather the Missing Dwarves be found rather than waste time bickering over the validity of the tongue-spit that the Humans let fly from their mouths.

Of all the receptors of the disheartening tale. None are more resolute in solving the mystery of the Disappearance of the Dwarves of Khar Orkan more, than their cousin Khars. Coalitions of Dwarves from the different Kingdoms gather every year with new investigation techniques and ideas in order to uncover the mystery behind this disturbing loss.

While the other Races are indifferent on a practical level. When faced with their own political or social issues. Though there are groups from among the other Races that do contribute at one time or another to the investigation. Despite the recurring lack of any answers.

The mystery of Khar Orkan inspired various titles of Mystery Fiction. But also a number of documentary books. With varying titles such as The Unanswered Silence: An Analysis of Abandoned Settlements and Cities, The Cold Halls: The Disappearance of the Northern Dwarves, and In Search of Our Northern Kin: A Promise to Khar Orkan.

Titles like In Search of Our Northern Kin, are released as a means of inspiring others to join the search. While the rest may reference Khar Orkan in similar terms to an obituary. Which mostly enrage any Dwarves that read them.

A mural in honor of the Dwarves of Khar Orkan was painted in the City of Estran, capital of The Kingdom of Esterval, by a brief coalition of artists. The piece depicts the story of the Dwarves of Khar Orkan. From their beginnings, to their unprecedented disappearance. Evoking many mournful feelings out of any that look at it.
Date of First Recording
Fourth Aeon, 1331 A.E. 7th of Illuvas
Date of Setting
Third Aeon, 2124 A.E. 18th of Illuvas
Related Species
Related Locations
Related Organizations

Competition Homepage
In response to the prompt What stories do parents tell their children about to scare them into good behaviour?