The red tear curse is a condition that first affects a child in the womb. Upon being born the child's eyes will be glued shut by thick black clots of congealed blood. Over the course of the next few minutes as the baby will attempt to open its eyes, tears of blood will trickle from their tear ducts. As their eyes open they will reveal eyes with red irises lacking pupils, meaning that they are completely blind as light cannot enter their eyes.

During a cursed child's first two years there is a high chance for their eyes to start bleeding profusely and eventually burst. Furthermore, blood vessels in their face and all around inside their respiratory organs will break open, filling their lungs with blood. Usually occurring during sleep, this results in death in all but a few cases, with those surviving (or outright preventing the incident) usually being children of rich families that can afford having healers surveil the condition at all times. Having survived past the age of two, the child is no longer in any risk of death as a direct result of this condition, though they will bleed from their eyes several times per day. The most common indirect causes of death at this point are dehydration and infections starting in the eyes.

The cause of this condition is unknown, and the victims are seemingly random. There are no noticeable traits on the parents of the affected child that could explain it, nor are there any significant common denominators among the different parents or the affected children themselves, though the curse only seems to be present on the Akroasian continent. There are many Lao-Hua myths blaming the spirits of old for cursing their population for reasons long forgotten.

There is no known cure for the red tear curse, neither natural nor magical healing can remove the condition. All attempts to restore eyesight magically in the victims has thus far failed. Due to the lethality of the condition, many newborn with it are thought to be omens of bad luck, and are placed in the woods by the parents as an offering to the spirits they think they have angered. 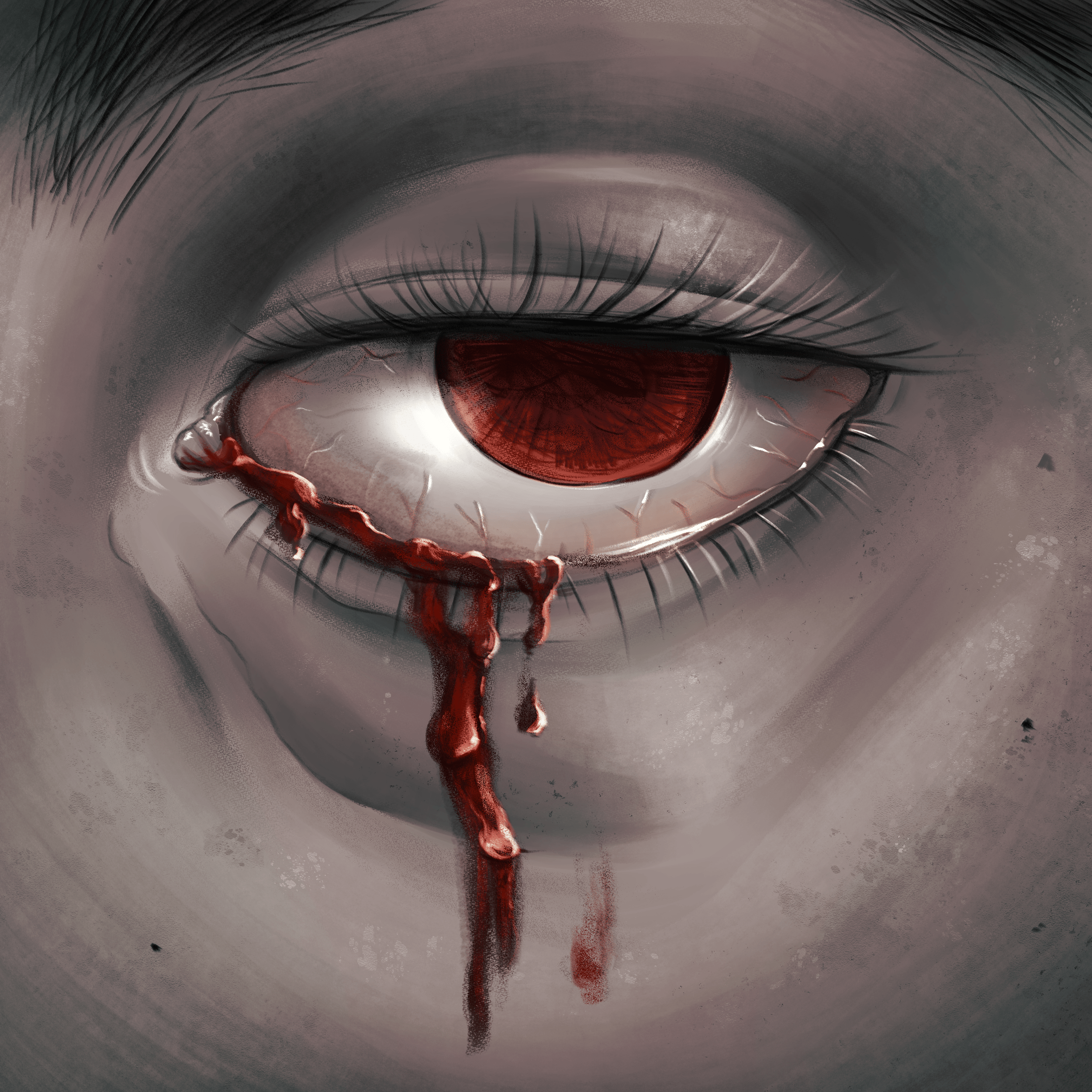 Answering: "a condition considered monstrous or "unlucky" by some"
Visit PrippyMontyPoppyCock's Competition Page Check all other answers to this prompt Competition Homepage