The Valerian Royal Ship King Thamior the 1st is the current flag ship of the Valerian navy, it is solely commanded by the king of Valeria, or his representative if he can't command it himself.

Within the Valerian navy this ship is only 1 of 3 to bare the designation VRS most valerian ships use the VNS designation. This ship is also unique in that it was built in 372 under the order of it's name sake to specifications that are making it a first rate warship by contemporary standards.

In total the ship sunk 32 different vessels across the sea's it sailed in, this ship is the only elvish vessel to have sailed past the pirate confederacy claim.

The vessel emblem has the words "Pride of the King" inscribed in elvish at the top of the circle while the King's name "Thamior" is at the lower point in the left of the circle the number 373 is inscribed to reference the year of commision while the opposed side has the acronym VRS. 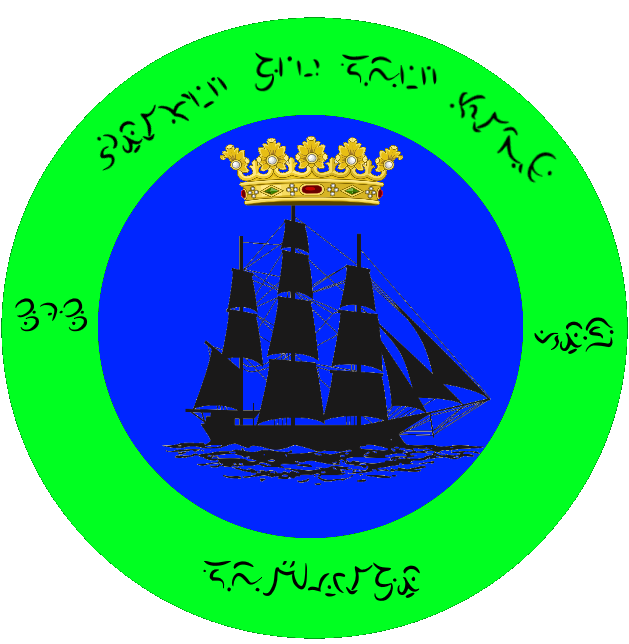