In ancient times, when the people cried for mercy for help to defeat Fezzeret and his fiendish children, 6 gods arrived. 4 of them aligned with a natural element- Ignea, Marus, Aereon, Terras; and the last 2 Elios and Lyra hailed from a world of day and night. They were twins, two sides of the same coin, and while their philosophies differed greatly, their way of helping the people of 4 Corners were very, very, similar. Elios, the god of light, along with 15 of the greatest leaders from his land created the 15 Sacred Weapons of The Forge. The greatest minds and warriors from Elios' home agreed to sacrifice their physical forms to be encased within 15 swords. The bearers of 4 Corners who were worthy enough to bond with these weapons would go on to create the Order of the Scarlet Knights. They represented a world led by justice and mercy, pursuing light and hope, spreading it wherever their travels would take them.   Lyra, the goddess of night, also created weapons. 7 tools of death bonded to 7 people who dedicated their lives to maintaining balance and the order of life. In order to enjoy a life given, one must appreciate and acknowledge death. Those who desire to upset the balance need to be dealt with quickly and quietly so as to not leave any evidence of legacy that the balance had been upset at all. Lyra's shadows stalk in the night, find and execute their targets, and slip away back into the shadow to find their next target. They do the dirty work that often needs to be done, and their code of ordained vigilantism always supersedes any law of the land they do their bidding in.   The 7 Weapons names:     The Shadows themselves are elite killing machines, spending years upon years, master and apprentice together to learn the skills necessary to walk in the shadow, execute quickly, and then fade back into nothingness once again. Their position among the followers of the Temple of Lyra is one of respect and reverence along with hushed tones and secrecy. Lyra's Shadows are only real to those who believe the stories and those who have managed to become one. To have seen one or witnessed them executing their charge is to watch a fairytale unfold before them- no one will ever believe it true or possible. A Shadow would never be so careless as to ever have witnessed in the first place.   Unlike the Scarlet Knights where there is a process of being judge and jury before being the executioner; the Shadows skip to the end-stage with their targets after having personally witnessed them perform grievous acts against Balance. A Shadow could stalk their prey for months to ensure that each and every kill is a good one. This is why there has never been nor will there ever be any government intervention against them. Should a person walk the streets one day and go mysteriously missing the next, not many ask questions. The balance of all things must be restored and maintained no matter the cost, after all. 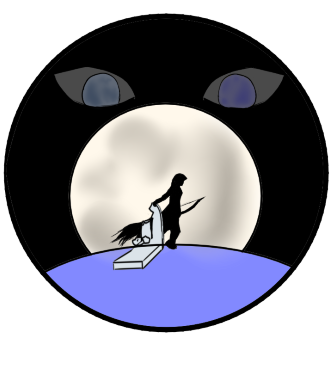