The River Krillelli is a major river flowing into the Khazara Sea via the Adrar Inlet and clears all the water from the Puigreig valley. This high altitude valley has a large amount of snow and summer melting, so the river flow increases substantially in the summer months which has produced a very substantial river valley throughout Adrar Edekel and Puigreig to contain all the water flow. 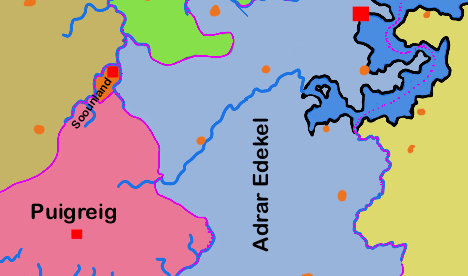 The mountains of Puigreig are the second-highest mountain peaks on Exflora and are only traversable in the summer periods on a few narrowly defined areas. 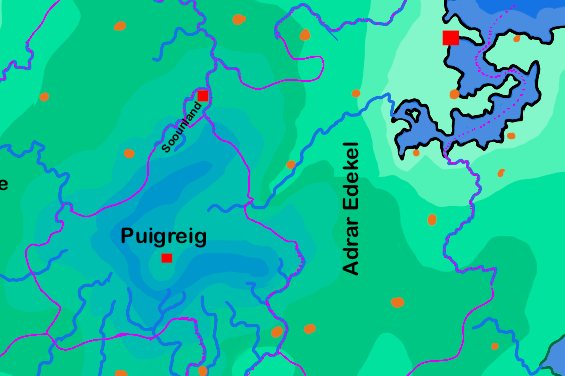 Because of the variation of river heights between the seasons, there are very few actual settlements on the banks of the river because they would be subject to seasonal flooding. The only settlements tend to be on higher points of land that look over the river valley or at on higher hills on the flood planes. The river is navigatable throughout but if the river is flowing too fast in Summer there may be a few months that are dangerous to navigate.
Type
River