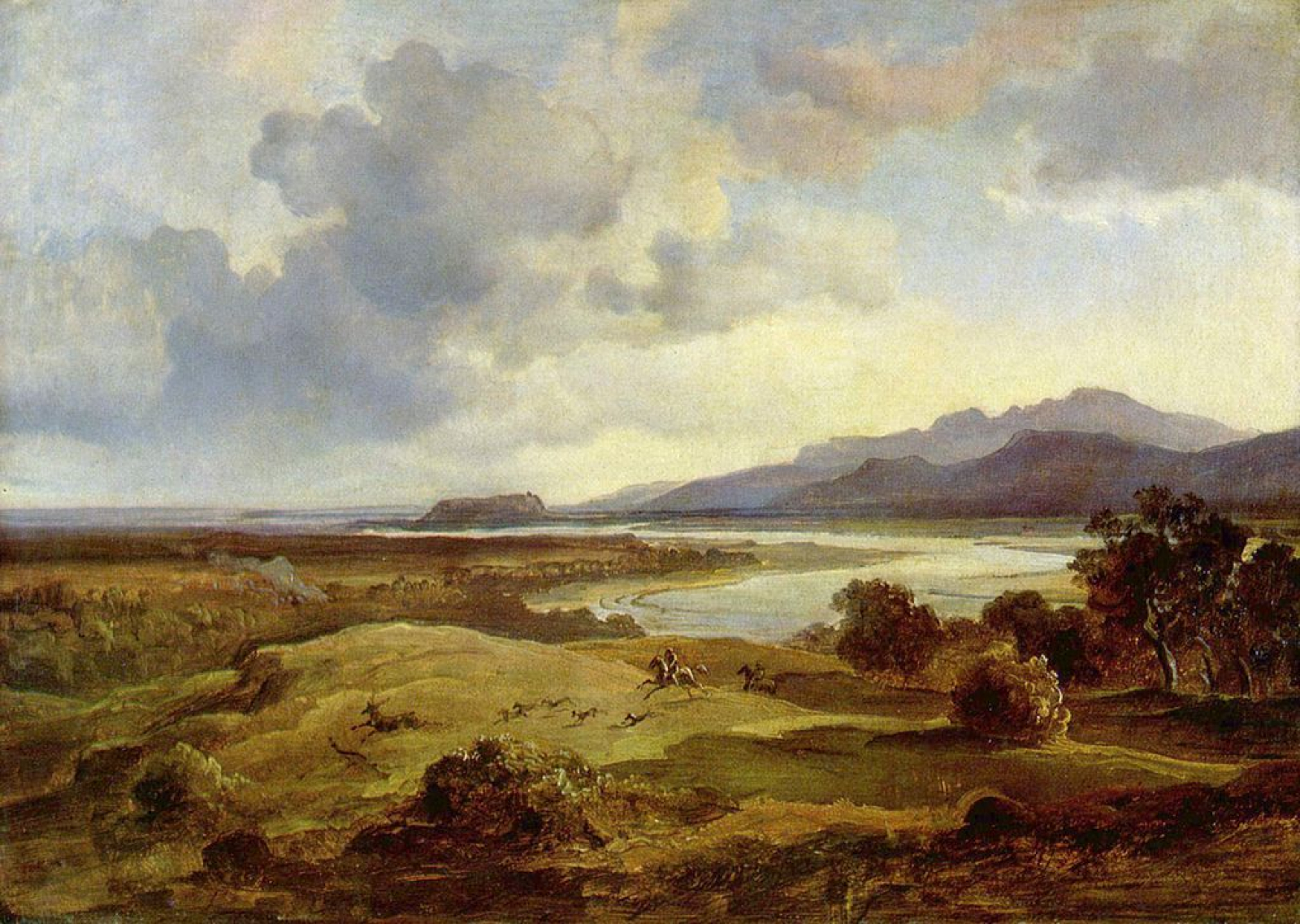 House Von Holzen has been a driving force in Dithmarburg for centuries, from their start with Tannen Von Holzen in the city of Steinburg, they have had an influence on Evantian only compariable to that of the familes D'Anjon and Welf. From their base in Princedom of the Duchy of Brehen, the various Von Holzens have extended power across the lands of Evantian. The Von Holzens are a family not to cross, and the enemies of the Von Holzens have all felt their wrath at some point in their history, the most famous being the ever changing rivalry with the Welf Dynasty, since the formation of Heavenly Throne of Dithmarburg. To this end, the verdict on the family depends on who you ask, some would call them the greatest to ever rule, others would think of them as tyrannical rulers, with an immoral hunger for power.

The highest ranked member of House Von Holzen has always been considered the head of the Von Holzen, whatever that rank be. For most of their long history, this has either Duke of Brehen or Emperor of Dithmarburg, but in brief moments in their history this has not been the case.

Other family members are expected to help run smaller sections of the lands of the Von Holzens, and if the Heavenly Emperor is of the Von Holzen Dynasty members, a lower member takes a regency role in the Duchy of Brehen.

Under Otto, the goals of House Von Holzen have dramatically changed, from their previous goals. Taking the leadership of the House as first Duke of Brehen and later Emperor of the Heavenly Throne, Otto was still young, but after the death of his brother, he knew what he wanted the goal of the Von Holzens to be. The Von Holzens under Otto seek to both take vengence on the Divisionists who took Eric from them, and to restore the authority of the Heavenly Throne after the loss of prestige following the Divide. However, as the War of Arterium has raged for longer and longer, this goal has been lost and blurred.

To this end, Otto decreed a new motto for the family in a display of legitmacy, 'Regum autem electi. Principes conflantur.', 'Kings are chosen. Leaders are forged.'

With the long, and notable history of the Von Holzens, it is of no surprise that opinions of the family vary. The perception in Dithmarburg tends to be more extreme, due to the reigns of rulers of Brehen and Von Holzen Emperors, with Otto the perception has shifted even more to extremes. Outside of Dithmarburg, opnions are more tame, and slightly more positive, more so in the Mark, where even with the stain of the War of Arterium, many respect the long standing relationship in trade and business the family had with the Republic

The Von Holzens, whatever the views of who you ask, are highly respected as effective and great leaders. Many military figures of the Heavenly Throne have been from the Von Holzens, and they've always been regarded as great stewards of their lands, and diplomats for Dithmarburg. Some of their reputation of leading is, however, overstated as many of the people of Evantian remember the reign of Franz IV. This aside, the Von Holzens do live up to their name in their leadership.

The history, legacy and reputation of the family has given it a huge amount of authority in the matters of Evantian, when a Von Holzen is involved in any affair, people will stop to hear what they say, especially on matters of finance and leadership. This gives them a certain gravitas in matters in Dithmarburg particularly, as a long standing family in the affairs of Dithmarburg, however, the impact of the War of Arterium and the Division has sullied this authority to a degree.

The personal family holding of the Von Holzens is the Princedom of the Duchy of Brehen, consisting of the lands between the Falk and Klei Rivers, with their capital in their birthplace, Steinburg. While not as powerful as before the Heavenly Empire, they still have control over much of Dithmarburg, with their location giving them much wealth from trade, giving them the ability to form their own military and fortifications in Brehen. Brehen also has large array of timber and agricultural resources, and smaller number of mineral resource in it's borders, giving more wealth to it's ruling family, the Von Holzen.

The very name of Von Holzen has become an asset of it's members, being one of the oldest families in all of Evantian, and their name helps those who bear it extend power and prestige.

Before the Heavenly Empire, many small independent feudal kingdoms and duchies existed in the lands of Dithmarburg, in 412, one of these small feudal states, in the city of Steinburg, would be the location of the formation of what would become one of the most impactful families of Dithmarburg.

The Lord of Steinburgin 412 was, simply put insane, deemed by the people of the city as unfit to rule. The leader of the group which pushed the abducation of the Lord was a man called Tannen Von Holzen, and for his role as leader was given the Lordship of Steinburg. More recent investigation has found evidence to suggest that Tannen had, via a form of dark magic brought on the previous Lord's insanity, but this is agressively refuted by the Von Holzens.

From 412 to 751, Tannen and his decendents engaged in a policy that Henrick Eichmann dubbed 'Forced Legitimization', consisting of taking small parts of land from their neighbours, and agressively rooting out any idea that the land was anyone's other than the Von Holzens, by any means.

Eventually, this spread the powerbase of the Von Holzen Dynasty to all the land between the banks of the Falk and Albe Rivers, which established themselves as one of the most powerful forces in Dithmarburg at the time of the invasion of Prussen Darkoak.

The invasion, and the subsequence formation of the Heavenly Throne of Dithmarburg, was a diaster for the Von Holzen family, family infighting distracted them from the invasion, making them the only feudal ruler in Dithmarburg to not unite in the Avignon-Dithmarburg Union.

In recent years, the Von Holzens had taken a backseat, especially as the Arterium Divide became more apparent, concerned that if war was to start over this issue, that their lands would become a focal point of the conflict, leading to the family becoming a key element in maintaining peace as tensions rose.

However, after much effort, the Vol Holzens would become the trigger for war, when Otto Von Holzen was elected, the pieces were set. After his younger brother's death in the Folly of Chekov, Otto was determined to destroy the Divisionist League and restore the authority of the Heavenly Throne. The predictions of Otto's recent ancestors would prove correct, as the entire Lowlands, including Brehen would be devastated. 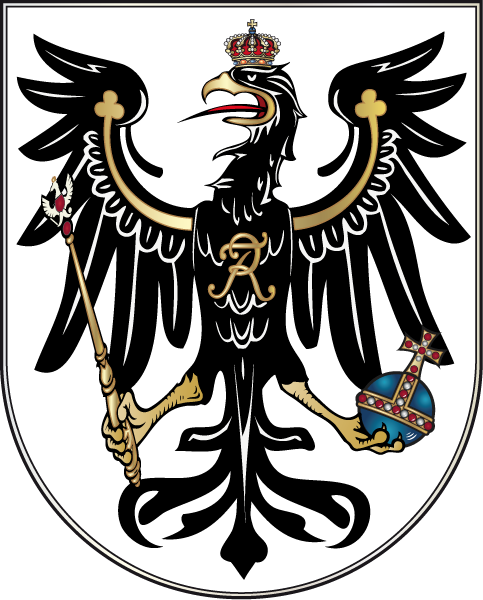 Very good! I love the Germanic / Holy Roman Empire feel this has. Great use of the relationships feature, and I'm loving the list of members! Lots of detail!