What? It's November again already?
— Me, recovering from Covid

WorldEmber 2021 didn't really work out for me - in fact, it's the only big WorldAnvil challenge I have failed since I joined back in June 2020.   This year, however, things are going to be different. After a tough year creatively, where Etrea has been almost completely neglected, WorldEmber 2022 is going to change all that.   What I'm trying to say is: I'm back.   (Hopefully.) 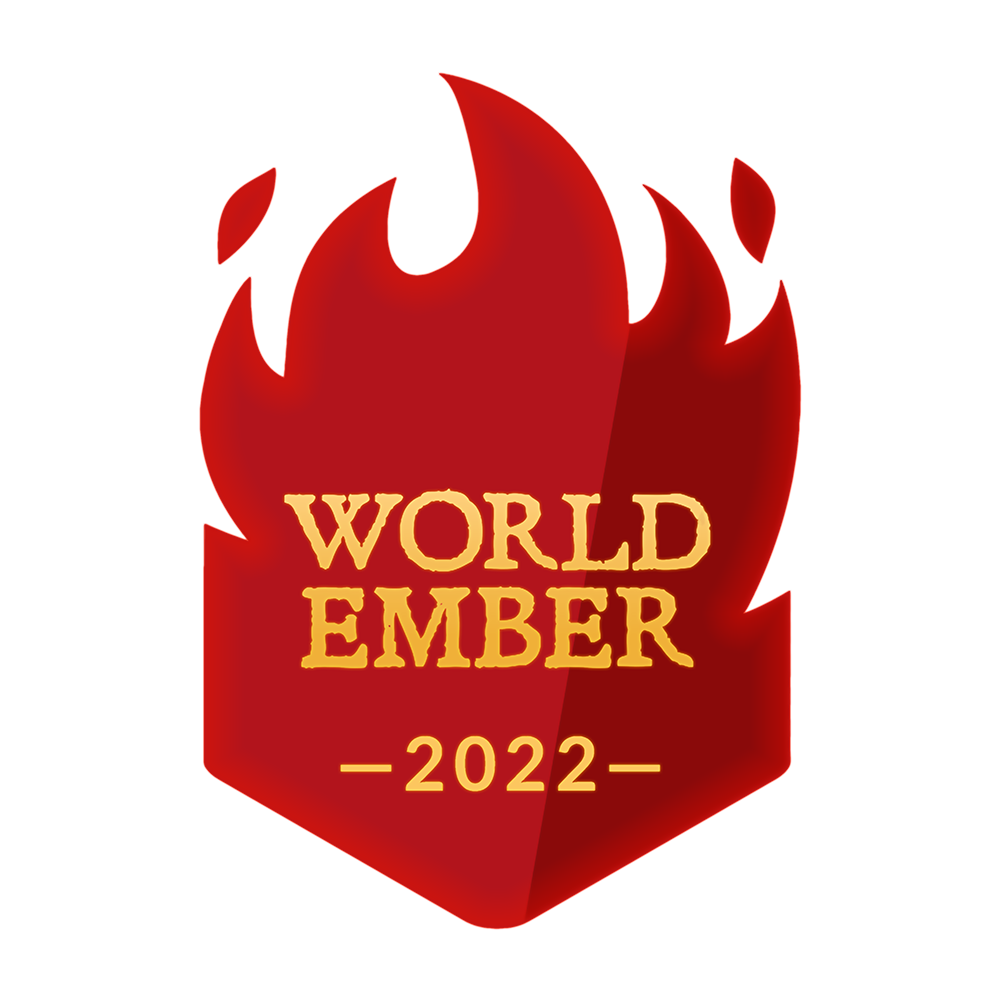 For WorldEmber 2022, I am going to be focusing on some integral articles for the world of Etrea - the sapient species. Earlier this year I revamped An Introduction to Etrea, ready for my planned overhaul of the articles I have already written (with the exception of The Teeth, which is almost to the standard to which I want all my articles to be). 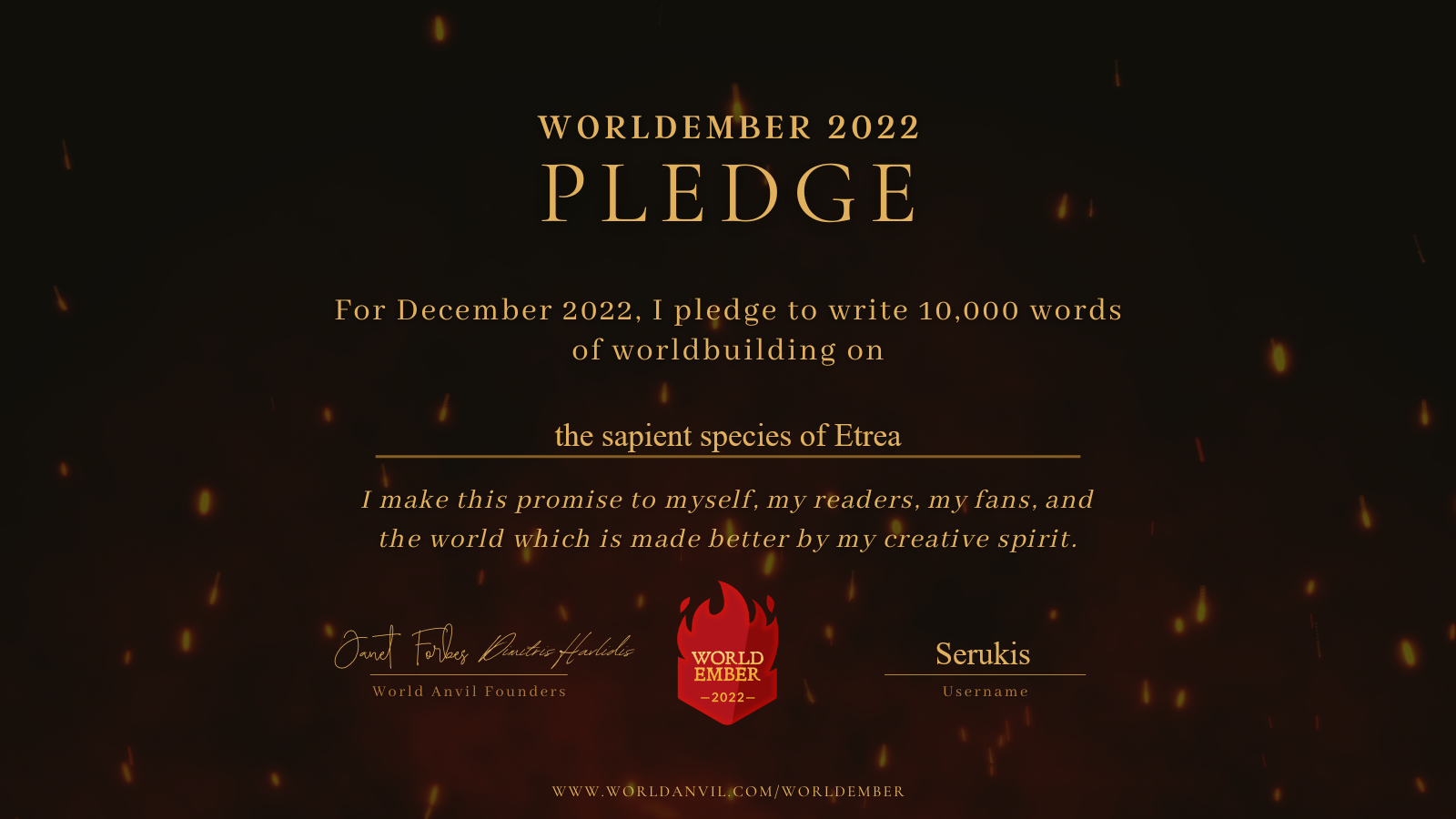 As part of the overhaul, I have been wanting to get the core articles for Etrea rewritten to limit the amount of retconning and rewriting I will have to do on the smaller articles. One you get the key lore stuff into place, after all, you're halfway there!   I have already started work on an article on magic, so that will be invalid for WorldEmber as it is already in progress. Look forward to that coming in early 2023. :)   So, as I said, for WorldEmber I will be focusing on the sapient species of Etrea: I don't expect to have beautiful polished articles by the end of it, but I am hoping to have a great base for each species to add to and make pretty.

Community engagement has always been a huge part of WorldAnvil for me. I love reading others' work and commenting on it, spreading the love and joy of worldbuilding around. This year, as I mentioned, has been really tough, and I've not been reading or commenting nearly as much as I'd like to.   For WorldEmber I'd like to commit to reading at least ten articles a day and leaving some love on them. I don't think that will be nearly enough to keep up with my notifications (RIP my inbox), so I want at least five of those articles to be from the worlds of people I don't already follow.

Self care is always an important part of any challenge. My goal here is to have fun and not beat myself up if I have a day where I don't write or read anything. I will also make sure to keep checking in with my friends, as they lift me up and help keep the nasty brain goblins away.

So excited to see more articles from you!! Best of luck with WorldEmber :D

This is a wonderful goal, Emy! :D And a lovely self care section too. Here's to a wonderful WorldEmber!

Thanks, Stormy! I hope you have a wonderful WorldEmber too! <3

Hooray for Etrea! I love it so much.

*Charges the lifteruppers* You've got this Doc!

I am a little bit concerned about your goals, ten articles a day sounds like a lot of reading! I hope you take good care of yourself and put yourself first this worldember.

Glad to hear it isn't set in stone! I wish you the best of luck!