No one should attempt to climb that mountain. The very thought of it is blasphemous.
— A priest of Faolan, the Lord of Earth

The Lord's Throne is a large mountain in the Teeth, located at the northern edge of the range. Measuring from sea level, It is officially the tallest mountain in the whole of Etrea, reaching 8874m at its summit. The top half of the mountain is permanently covered in ice and snow, and is often battered by violent storms. On most days, the summit of the Lord's Throne is shrouded in clouds, which adds to the mythos around the mountain.   It is sacred to people in both Kaien and Serukis, as it is believed that Faolan, the Lord of Earth watches over his people from its top. Some argue that the mountain should be the throne of Trestan, the Lord of Ice instead, and there are plenty of stories of the two gods engaging in calamitous battles all across the Teeth. On one notable occasion, a large landslide sheared several metres off the top of the mountain, which some claim to be evidence of Trestan's victory over Faolan. 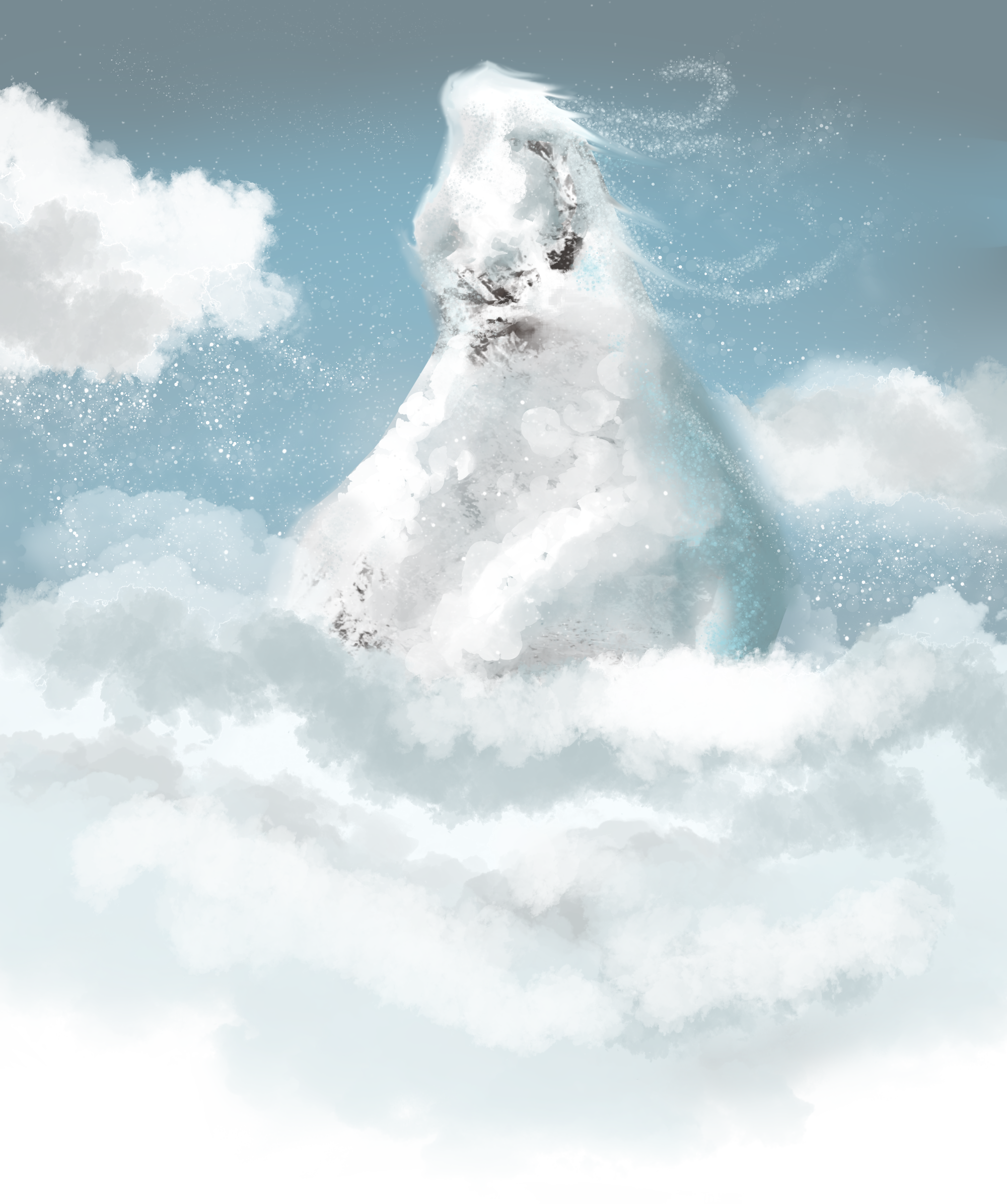 It is considered by many to be sacreligious to attempt to climb the mountain, though that has not stopped several people from making the attempt. The most famous of these attempts is also the most recent. High Lord Edmund Ereth funded an expedition as he believed that his family, whose patron is the Lord of Ice, should have the first successful summit attributed to them. The expedition party, who did not return, included two of Ereth's sons - though, notably, not his heir.

Answering: "an inhospitable region or geographical landmark"
Visit Serukis's Competition Page Check all other answers to this prompt Competition Homepage

That seems a tad suspicious that High Lord Edmund Ereth would fund an expedition with some of his children in it, but not go himself, and also his heir didn't go! A great article. :D

Just a tad, yes. XD Thank you so much!

Nice article! What an idea to send his children on an expedition. Well no fighting over inheritance anymore xp

This is a great illustration! Looks like either a throne or some cute giant yeti :D And like the other, I love how neatly Ereth solved his inheritance problems XD Now let us hope nothing actually happens to his heir XD

Hahaha, my wife said the same thing about it looking like a yeti and I can't unsee it. XD   I feel as though if something happened to his heir it'd be karma. :D Thank you!

This is a really nice article here! I love the effect of that picture. It's interesting how no one tried to climb it until High Lord Ereth organized an expedition. I wonder how many sons he had before the expedition and how close he was to them, since two of them died, rather suspiciously.   As always, I look forward to more!

It is very suspicious indeed. Thank you!

I guess that is one way to solve an inheritance problem! I love how you packed so much info in this brief article. Shows an article doesn't always have to be 2000+ words long. :) Also wanted to let you know, In the last paragraph it says: High Lord High Lord Edmund Ereth. Could be a typo, unless it is normal the title gets repeated of course. :)

Oooo another addition to this region you've been working on. I really like that by the way. Makes each new addition somthing to look forward to. I love the idea of a mountain peak being analogous to a throne, and one of an earth god no less. The fact that conflicting beliefs and stories regarding the fight between these two gods over this throne is just... wow. That's an amazing touch and worthy of a like on it's own. Well done.