I still remember the first time I saw the explosive force of Digger's Claim. Named after yours truely by the way; but yeah, ten meters tall magma geyser, red slag exploding into smoke and steam. I swear I was so aroused my pants nearly ripped, Grade A Geology does that to me.

I slammed my shovel down and divined that entire field. More fuckin' glinting gemstones than there were stars in the sky. I was too damn happy to think of a name for the new igneous mineral, so now it's called Perdurite.

Seriously, I think that's the third time I've ever cried. I'd recall the first two, but then I'd have to make sure you couldn't tell anyone.

Perdurite is a porphyritic igneous maneral that forms naturally in the hyper-volcanic Digger's Claim region of Perduro. The unique tectonic activity and theorized ancient super-nova that occured near Perduro's system created a constant churn of gemstones and heavy metals.

Perdurite processing and export is one of Perduro's oldest economic pillars. The Perdurite discovery was impactful enough to cause a year-long collapse of the Syndicate gemstone industry and solidifed Perduro's independence after the Melancholic Lacuna.

Prospecting and mining the tumultous magma fields and tubes of Digger's Claim for Perdurite deposits has become a national sport and past time that even Digger participates in.

The majority of Perdurite mining takes place on the surface, where specialized teams and pairs of miners trek near the active lava flows to find the ore embedded in the dark surface rock. Excising the rock is a dangerous task, as it can be difficult to discern if freeing the rock will cause a potential collapse. Rebreathers are also required to enter the fields, as fumaroles are ever shifting occurences.

For those seeking the motherlode or a quick death, the lava tubes below the surface have resulted in the largest finds of gems since the strip mining of Eden at the hands of Aempis.

Working below the surface risks asphyixation through fumes, falling great heights, and being trapped by magma flows, but streams of deep surface mining pull millions of Perdurian viewers each year.

Every weekend we got hundreds of teams out in the Claim, checking gear and live streaming equipment. Thousands of people flock around the teams, cheering on loved ones, placing bets on who will find the most, and promoting whatever gear they say will find people the 'big one'.

It's inspiring to say the least, an entire entertainment industry built around an entirely different industry, only in Perduro! 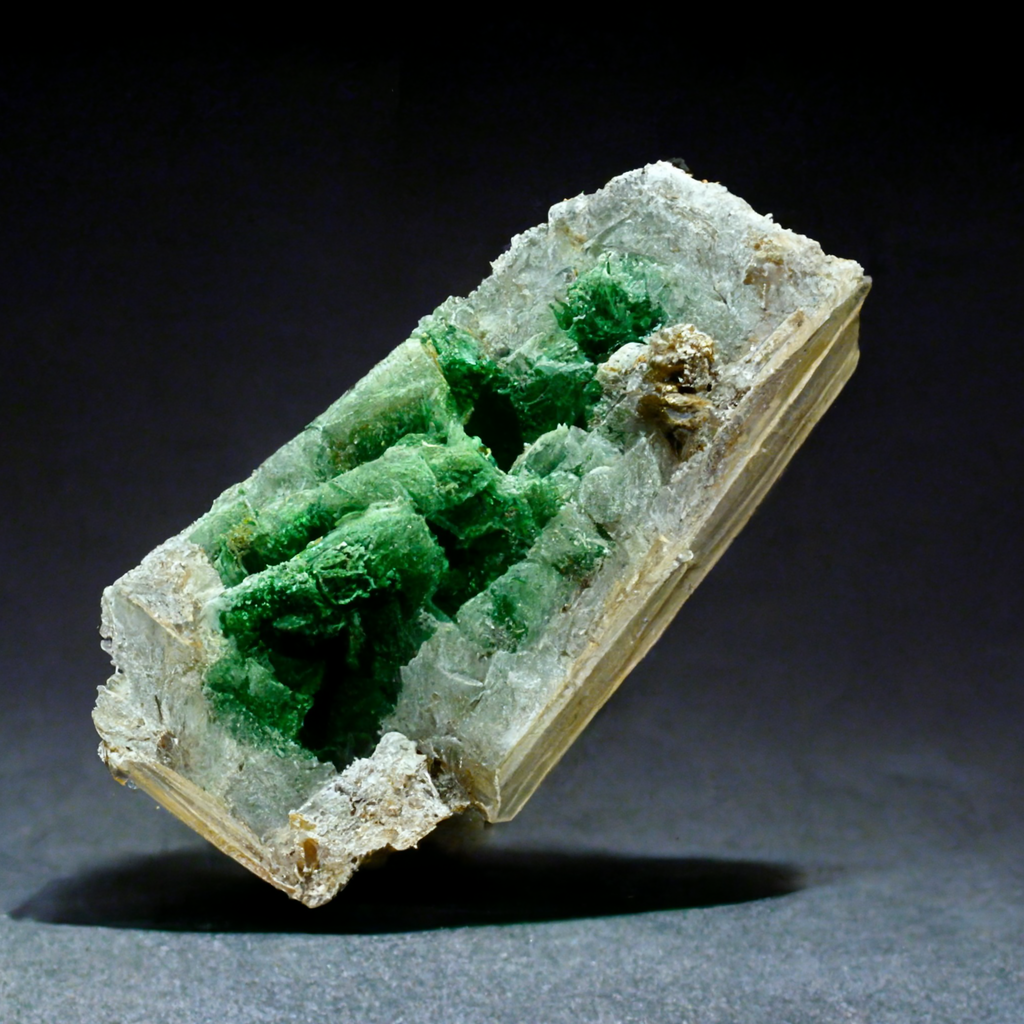 A mined and cut Perdurite rock showing multiple crystalline structures including peridot and quartz, both prized for their metaphysical qualities.

The availability of natural forming gemstones has made and broken empires in the past, access to Perdurite thrusted Perduro and the Federation of Free Planets into a postition where it was able to compete and hold its own against its much larger rivals.

While there are many other factors in play with Federation's strength, it is impossible to ignore just how much Perdurite has supported us in our independence.

Processed Perdurite can yield enough gemstones to allow the creation of Meissner Antigravity and unblock a major hurdle to creating space-faring vessels in Atmosphere. Combined with the availability of Perdurian Platinum, they were able to create a massive fleet that secured Perdurian independence with the Syndicate came through to reclaim the planet.

Perdurite is also used in other smaller applications, integrating with silicates to make bridges between Meta and Mecha tech.

Answering: "Α material only harvestable from nature"
Visit Barron's Competition Page Check all other answers to this prompt Competition Homepage