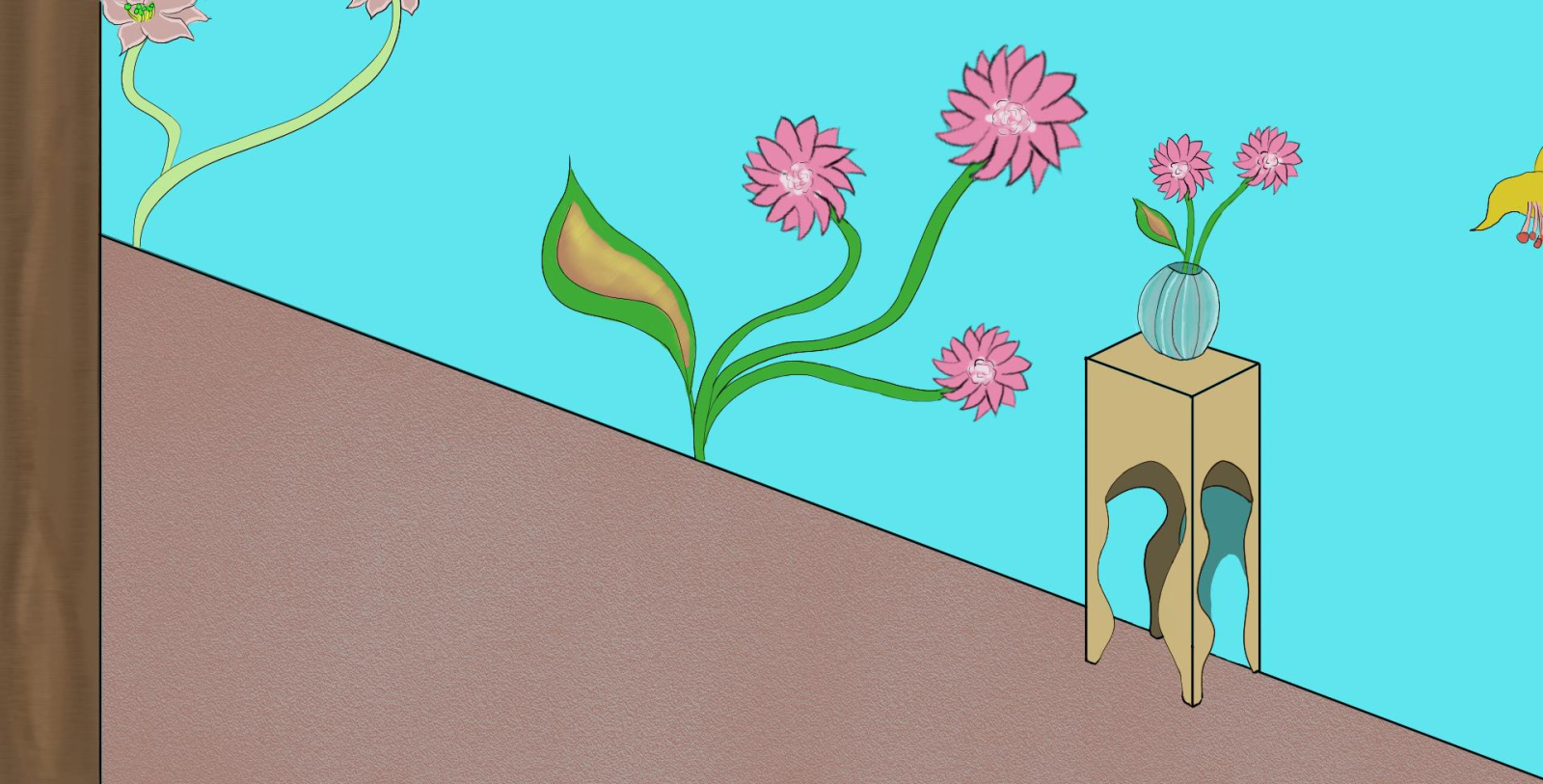 Empire of the Covenant    Locations      The Red Lion inn

Located in Arianie, the empire capital, just down the street from the government halls, the Red Lion caters to an exclusive clientele made almost entirely of the noble families, their protégés, and the members of the government. It is not only an excellent restaurant but also a popular gathering place for several pursuits, including duelling, playing strategic games, painting and reading.


Beyond the entrance hall of the inn is a grand staircase and several corridors on the ground floor. Those lead to a series of private rooms that can welcome dining parties of different size, and at the end of one of the corridors is an access to the basement where all the kitchens are located.   The entire building is richly decorated with bright colours painted on the whole to represent a wide variety of gorgeous floral paintings and their real-life equivalent perfuming every room and corridor. Rumours are, it is best not to get too close to some of those species...   On the upper floors, several long corridors also lead to rooms of different size that can all be booked by groups to enjoy the different activities for which the Red Lion is famous. 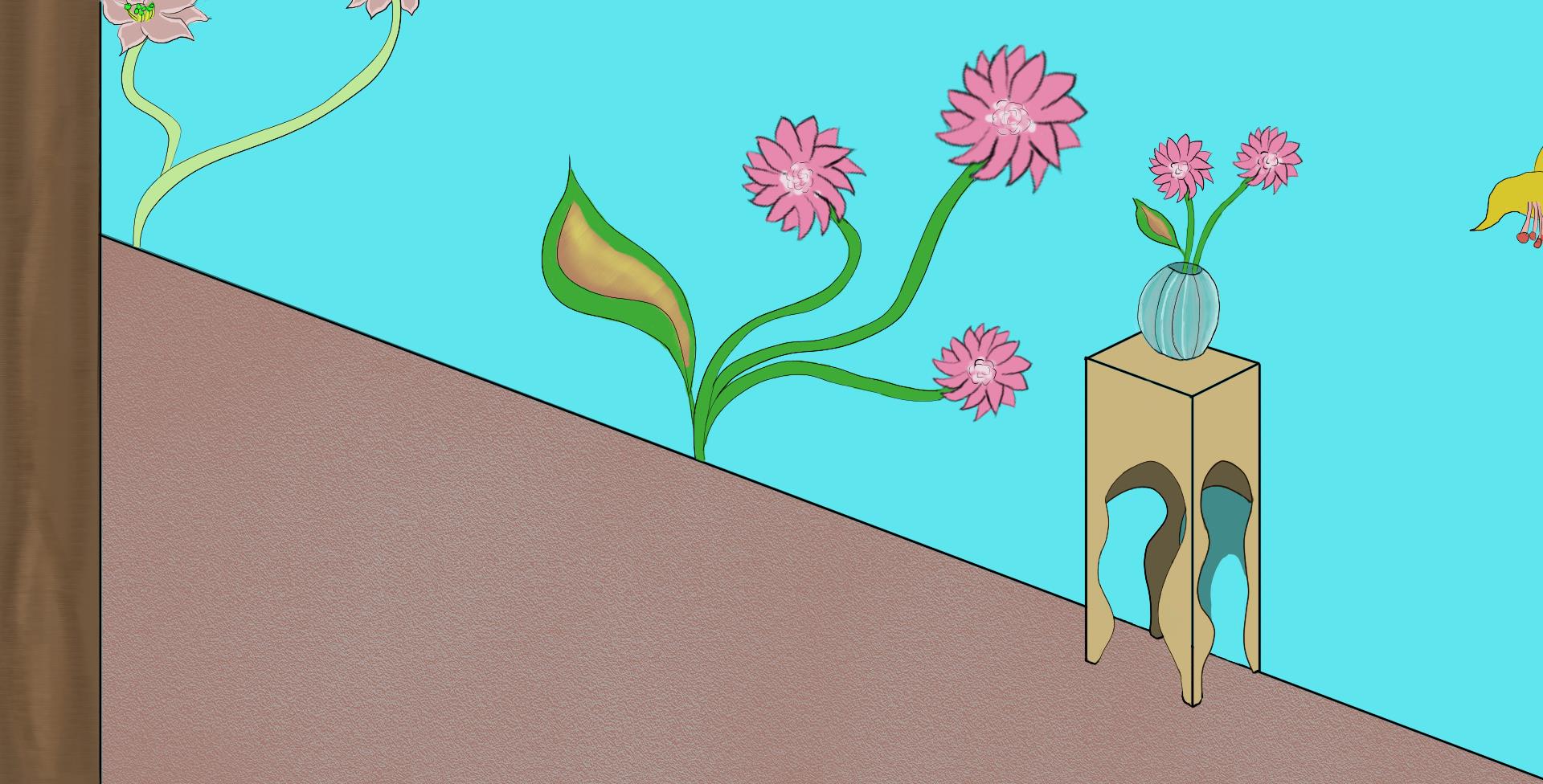 Corridors of the Red Lion by AmélieIS


When Lady Merisse was invited for the first time to the Red Lion, she was rather sceptical. While the inn nowadays catered to northerners and southerners alike, its beginnings as a plotting den for these last were rather famous.   Yet when she set feet inside, no offensive magic assaulted her. Instead, half a dozen footmen and women readily bowed them in, all Arianiens—or at least northerners—judging by their tanned skin. The walls and corridors themselves were covered and filled with Arianian flowers. It seemed that the only true Southern thing left around was the menu.

In the restaurant section of the inn, rooms are fitted with either proper dining tables for people wishing to have a proper meal, or with chairs and low tables for people wishing to only share drinks.   Once sat, guests are left alone at their tables with their menus. After making their selection, they need to tap on the name of the dish and push a small amount of their magic into the writing. This will send an alert directly to the kitchen. Similarly, dishes appear directly on the table by magic without any waiter having to come into the rooms and interrupt the private discussions.   The Red Lion serves southern cuisine of the kind that is regularly eaten in the Estate of Alyssenne or the Estate of Lyrienne. This is because the inn was built nearly three thousand years ago shortly after the creation of the empire itself as a place for the southerners to gather while in "enemy territory".   An example of a typical three-course menu serve for lunch is: cream of asparagus for starter, duck breast in an apple and peach sauce served with the fruits, roasted potatoes and lettuce for the main, and a melting chocolate cake with caramel as dessert. The wines served come from all over the empire, but wine from the Rachenne Estate in particular is popular. 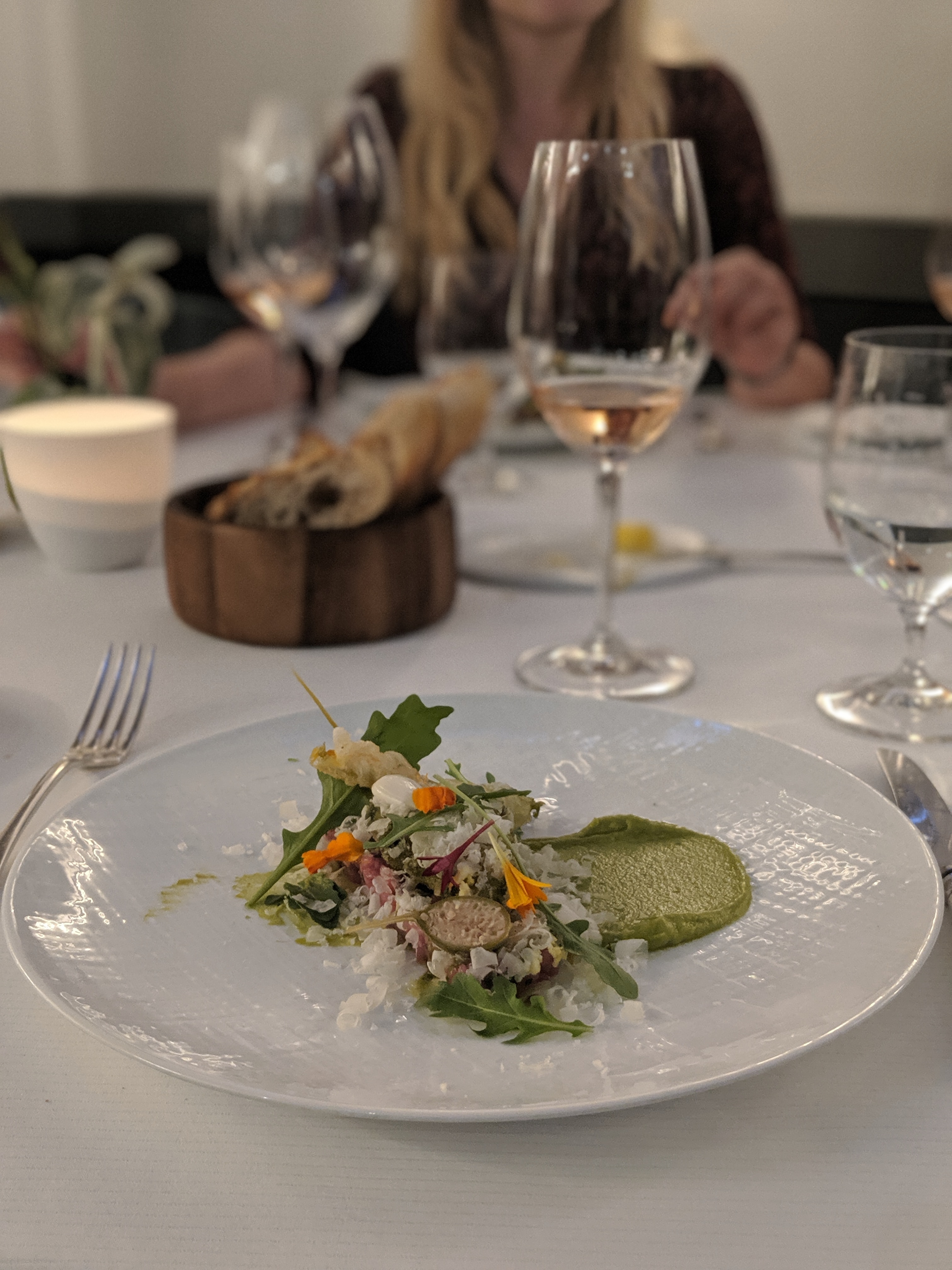 Restaurant of the Red Lion by Alana Harris


Lady Merisse hid a grimace at the bland Southern food she was served. She could almost pity them all for having been the victims of an embargo and not having had access to spices from the Northern Islands for so long. No wonder they had all been so eager to sign a peace treaty despite finally gaining the advantage at the end of the war!


The first and second floors are filled with duelling rooms that are made of two sections: one section for the viewers and one for the actual duelling. That first section is occupied by low tables and sprawling sofas. In general, that area is large enough to welcome a couple to half a hundred of viewers depending on the room. All the furniture is always oriented to look towards huge bay windows that fill three quarters of the room.   Behind the glass, the rest of the room is either made to look like a regular training area with parquet floor, or as a park with grassland, trees and rocks large enough to hide behind. The window is made of a single curved piece of glass and is overlaid with protective magic to keep whatever occurs during the duel contained. Part of the glass can melt away to form a man-sized hole that let people in and out.   The Red Lion is a very popular place for young people to come in group to share some bouts of duelling and watch each other. Formal honour duels occasionally take place here as a neutral ground, as well as "friendly" but formal duels with high stakes. In those cases, the viewing rooms is packed with people eager to observe and bet on the outcome. A duel about to happen by rina_antipina_art261145 on Unsplash


Once the party who had invited Lady Merisse to the Red Lion suggested going to the duelling chambers, the aim of their little get-togethers finally became clear: of course they would all be eager to see of what she was capable! After all, she, an outsider, had wrenched an Estate from the hands of its legitimate ruling House. Well, she certainly did not mind having an occasion to show off!


Among the many rooms that can be booked in the red lions, a few big rooms on the third floor are furnished with chairs and several low tables on which board games are always set. While private rooms can be booked to share a game with friends, it is also usual for people to come to the common room and join the table of strangers.   A well-furnished library is also located on the third floor, and many come spend a day there to read novel or enjoy historical treaties. Books on magic and technologies are not so common and all rather outdated as no House wishes to share their secret with outsiders and risk losing their prominence and trading and military advantages.   The fourth floor is reserved for artists. There, they can come with their own equipment and set up their easel next to each other to share a model or have some friendly competitions. A long circular gallery is also dedicated to the exposition of the latest masterpieces of those artists, and anyone can come and stroll around to admire them. 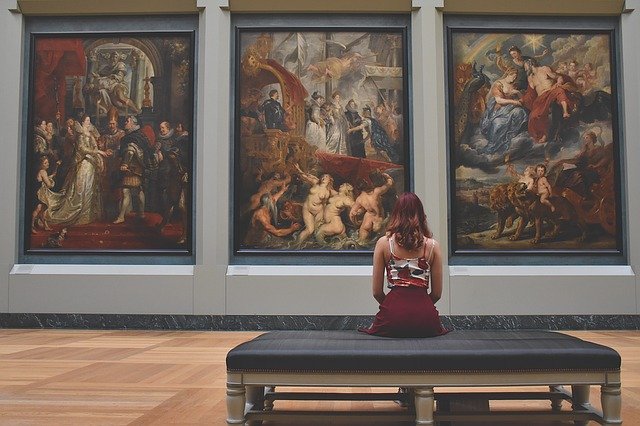 Painting gallery of the Red Lion by Pexels on Pixabay


Lady Merisse had to pretend to at least have the vaguest of interests in the painting hung in the gallery. Make a show of having the right kind of education to enjoy them, as of course only education could indoctrinate people into enjoying those bland things. Since they were all the fruits of the efforts of the nobility's offspring, it would not do to offend them all by stating her true opinions on the subject...

Competition Homepage
In response to the prompt Write about a pub, hotel, inn or tavern... Who stays there? What's the food like?

Thanks! I tried to go with a traditional English vibe for that :D

Yeah, you hit it! I live in the town of Red Lion that got its name from a tavern/inn back in the 1880's and the B&B I operate is the Red Lion B&B. Adding to the vibe :)

There's an inn called The Red Lion near me. It's a nice place. This one sounds a lot more fancy! :D I like that they have both a library and a painting gallery. I know where I would spend all my time. I laughed at Merisse's opinion of the art though XD

I'm laughing at you knowing an inn actually called like that XD Proof that I chose the name well! Yes this sounds like the perfect place to spend some time "moderately" socialising :D