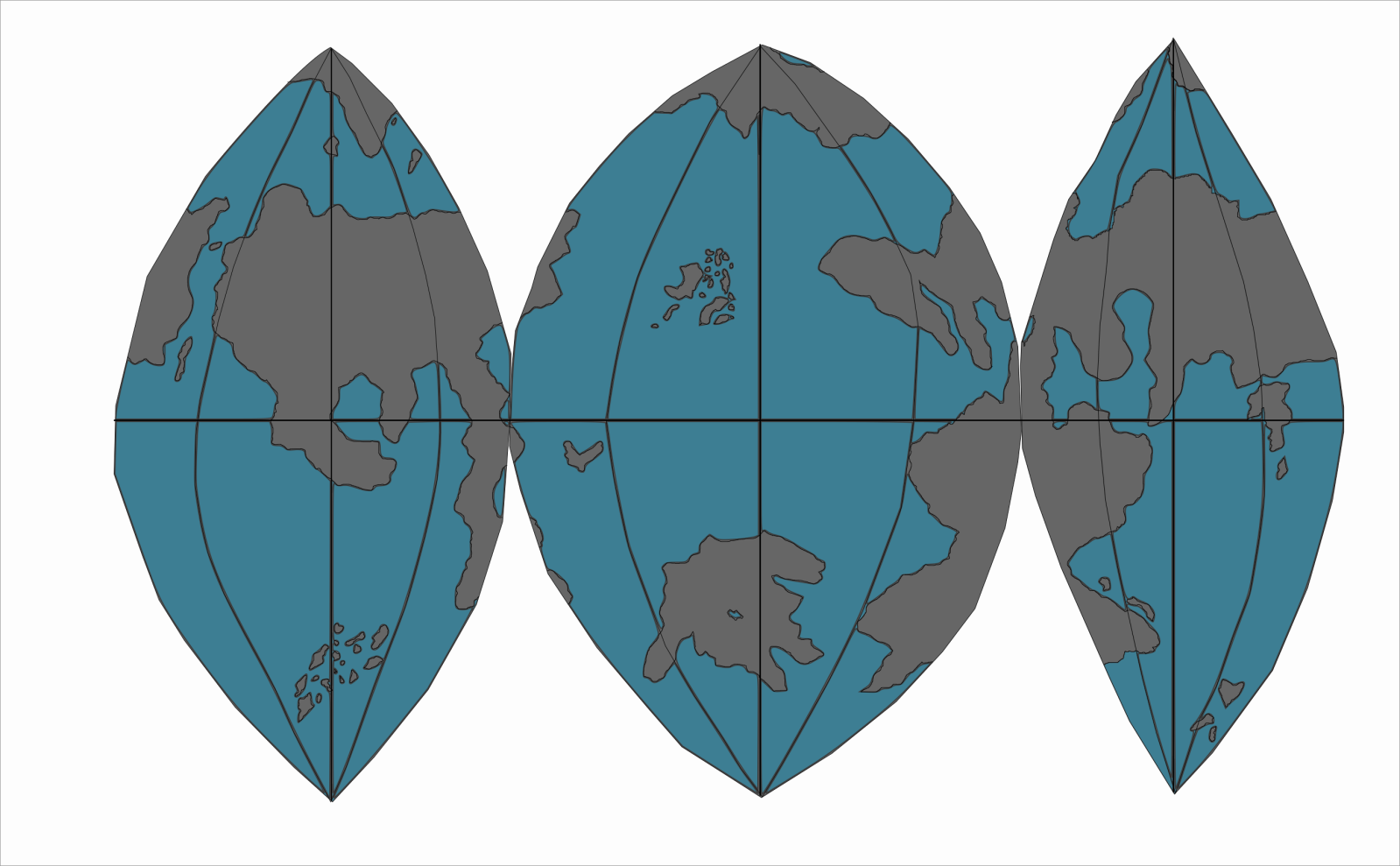 Elivera: The Lost Ones

Elivera is the new home of humanity after a fierce fight for freedom from the experiments of the Dragios, a technological superior alien species. Now a millennia has passed since humanity has stepped foot on this alien world, their genome altered to a new trajectory by Dragios during the Experiments, but free of their oppressors, humanity has learned to adapt to the strangeness of this new world, and the new Abilities the Dragios nanotechnology has given them. Once again, they look to the skies, where they grow the technology needed to travel into space. Will they unlock the gate that kept the Dragios at bay in an attempt to explore beyond their home system? Or will they stay safe in the adopted solar system?

The habitable zone of Elivera's star has an inner boundary of 0.858 AU (astronomical units) and an outer boundary of 1.236 AU. Elivera is on the inner portion of this boundary, nestled in the spot of 0.933 AU.   Asitok, the small gas giant (11x the size of Elivera), is located 1.133 AU from Elivera's Sun, so some of eight moons that orbit the gas giant are potentially habitable. Three other larger gas giants are situated much further out, and there is a smaller terrestrial planet, Solen, situated at 0.5AU, where it is tidal locked.

338.807 Earth Days is a typical Elivera year (or qaesa). The planet has a radius that is 5421.8 kilometers (only 0.85 the radius of Earth), which means Elivera has a slightly lighter gravity, lighter mass, and lower escape velocity (8.36meters per second). Its atmosphere still retains most of the important gases necessary for life on Elivera, but hydrogen and helium do escape easily from the planet.   However, a lighter surface gravity means less gravity to push down on living creatures. Humans on Elivera grow taller. Flora grows taller, and the fauna are larger. Thus affecting the culture of the world as humanity adapts over the centuries.   As an example, the Raliok tree can grow to enormous heights and be a host for a multitude of flora and fauna within its immense branches and root systems. Raliok may range in size from 1/4 of a kilometer to 1 kilometer tall depending on the continent and the its environment. Central Vera, for example, is an immense rainforest of giant Raliok.   The flora on Elivera photosynthesize differently than what humans experienced on their home planet of Earth. Flora evolved to fuel itself more with the “visible light spectrum” as humans call the range between 400 nm and 750 nm. Thus, on Elivera the chemical that converts this light energy evolved to reflect indigo/violet and microwave light, thus absorbing the vast amount of energy in the so-called “visible light spectrum.”   Why did the flora evolve this way? One reason is that Elivera’s star is smaller, lower temperature, and the light emitted is shifted more toward the microwave and less energetic visible light spectrum. Flora on Elivera evolved to focus on the wavelengths that were the most plentiful. Indigo light isn’t as plentiful, due to molecules in the sky scattering it more often than any other light. This is also why the sky on Elivera during the day tends toward a whitish-indigo color. Indigo and higher wavelengths are also less likely to even reach the surface due to the ozone content in the stratosphere on Elivera and the lower output of more energetic wavelengths from Elivera’s star.   The star that warms the planet appears a pale yellowish-brown in the sky. The brown color mostly comes from the atmosphere of Elivera and the pale indigo of the sky making the sun seem more of a pale yellow-brown than pure yellow.

Due to the Nanine bound to the mitochondria and DNA of Elivera humans, their culture is more collective, where an individual's Ability plays a significant role in the profession they will enter. Gender roles are barely emphasized in most of the ethnic cultures, with some differences here and there, and due to the revolutionary beginnings of humanity on Elivera, slavery has been outlawed from the start of civilization on Elivera. Systems of economy and governments tend to avoid exploitation of people and the environment in order to preserve the delicate balance that keeps humanity alive and adaptive to this alien world. This forced the evolution of technology to develop toward a collectivist management of resources, which despite its rocky start, turned into the Elivera Federation.   Despite the collective tendencies of Elivera humans, there exists a small segment of the population (estimated at 10%) that wonder if there is a way back to the homeworld of Earth, to discover their true heritage. Several organizations in this sect wish to learn more of humanity's past, and perhaps bring humanity back to Earth, regardless of the threats this could cause to the delicate balance humanity has with Elivera's ecosystems.   A slightly larger section of the population (estimated at 25%) seek to keep humanity from opening any wormholes in case it brings back the Dragios and the conflicts of their technological superiority and exploitative experiments. They wish to keep Elivera in its isolation, and to instead, work within the solar system and examine other solar bodies for further settlements. The organizations in this sect believe the threat of the Dragios and of the climate crisis of old Earth could destroy the delicate balance humanity has on Elivera.   Other sections of the population (estimated at 50%) seek to explore beyond the limits of the current solar system. To learn more about their place in the universe, and prefer to call Elivera home. Many of the organizations in these sects acknowledge Earth's existence, but have no wish to lead the planet back to it. They believe it is best to let the past be past, and to seek a new future further in the cosmos.   These are just a glimpse into the diverse philosophies and ideologies of the Elivera world, as even more ideologies exist within the final 15% of the population. The amount of people who may lean toward one or another ideology can shift and sway over the decades, especially as technology grows more advanced, and more Dragios tech is unearthed in ruins and reverse-engineered.

Elivera: The Lost Ones has 3 Followers