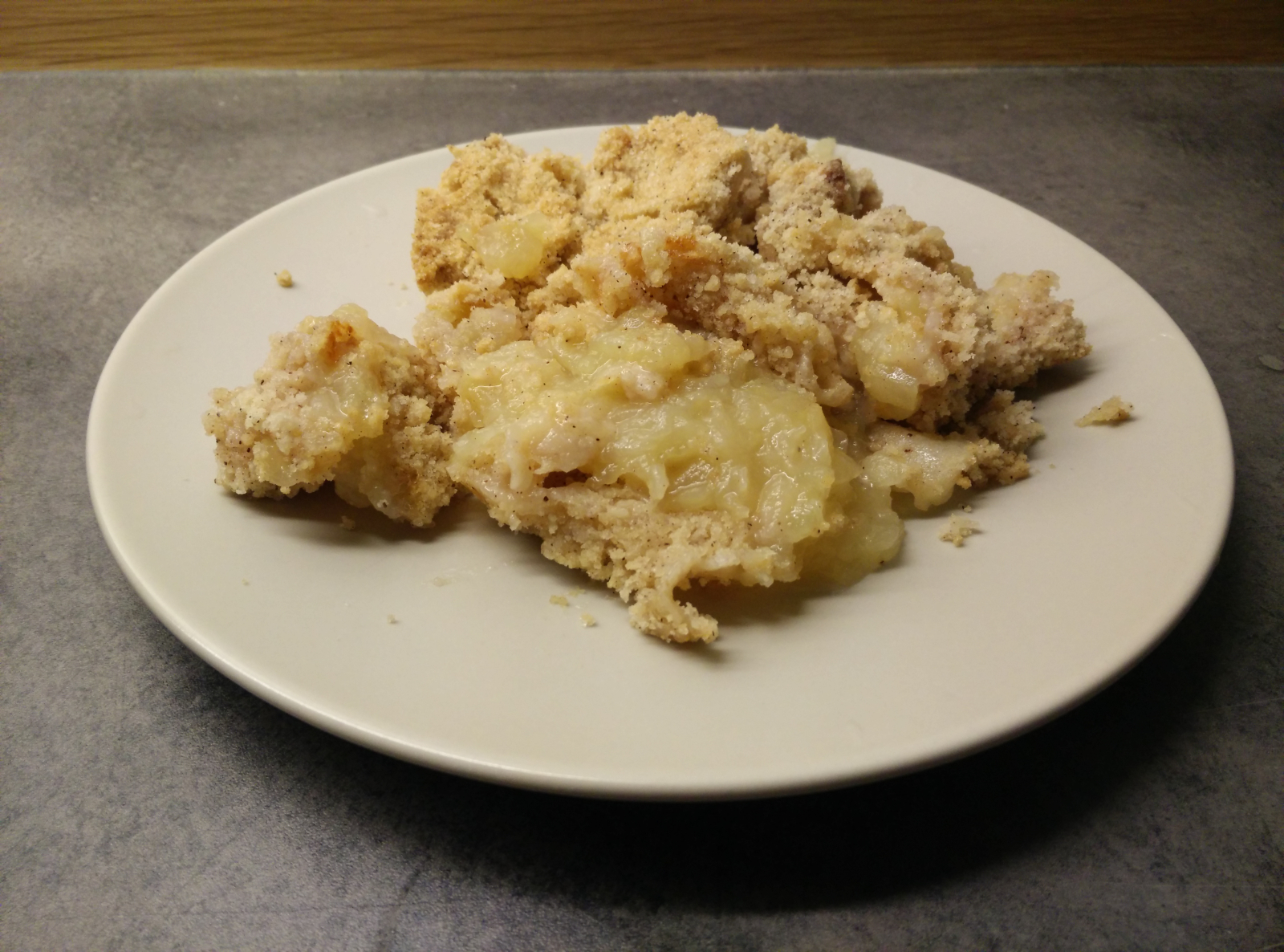 When fruit is harvested the most abundant and popular food item in Gopolic is the crumb pie. Unlike most other food items on Auwan, the crumb pie is sweet.

The crumb pie came to be when celebrating the harvest became popular and a sweet dish was desired. Taking the ingredients that were available and mixing them in various ways became the traditional crumb pie over the years.

Dice the butter into a bowl and use some more to butter a pie dish roughly 25cm in diameter. Put the sliced fruit into the pie dish, sprinkle a little sugar and cinnamon over it.

Mix the flour and honey with the diced butter until it forms a crumbly dough. Then evenly distribute the dough over the fruit and let it bake for around 20 minutes until the pie has got its light brown colour. Take it out of the oven and let it cool for a bit before eating.

Short and sweet (pun intended), damn now I want some of that pie :D
oddly enough when I read the quote I heard it in the voice of Farnsworth from Futurama.
What I would like to know is if there are any specific traditions around this pie. Of course it is a harvest tradition in it self but are the competitions, specific events involving the pie or maybe even differences in quality and ingredients in different social groups?

The problem with you commenting is that now I've got a bunch more articles in the To-do list :P Still, thank you :)