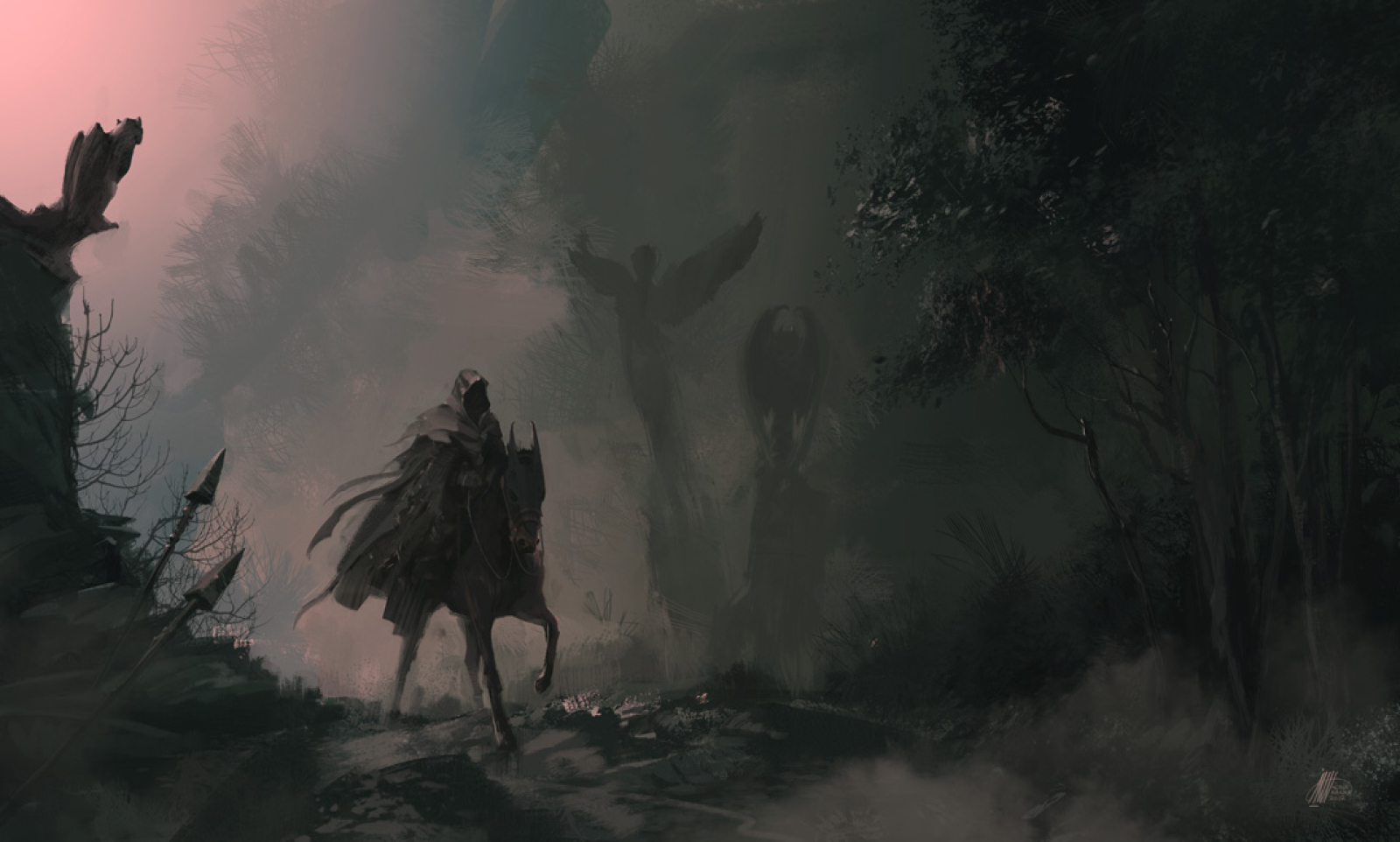 Casting aside her apron and horse brush Marlyn strapped into her leather armor, once tucked tightly away, and tied back her hair. Marlyn sheathed a short sword and hung a bow across her torso, ready to adventure. Tucking, instead of cooking utensils and pots, a dagger and lockpick away, Marlyn prepared a thieves pack and became a Champion of Destiny.

Marlyn of Tyne is a twenty-two year old former prostitute. Raised an orphan, Marlyn's parents are unknown to her but she grew up in Tashal in the Kingdom of Káldôr. In her youth Marlyn had been known for her capabilities as a thief and an assassin and for it she learned the secrets of the streets. Marlyn's life changed when she met Declaen while working as a camp follower during an anti-gargun expedition with the Order of Larani. Declaen saved her from a violent rape and had offered her protection in his lance until his death in the barbarian outlands of south central Hârn. Mostly responsible for maintaining the camp and serving as a wagon driver or managing the pack horses, Marlyn toiled on the roads day after day. After the knight's death and she fought to defend the kitchen of Áthulus, Marlyn decided to adventure.

Marlyn's first step toward becoming a Champion of Destiny when she awoken to her fate in the Siege of Áthulus.