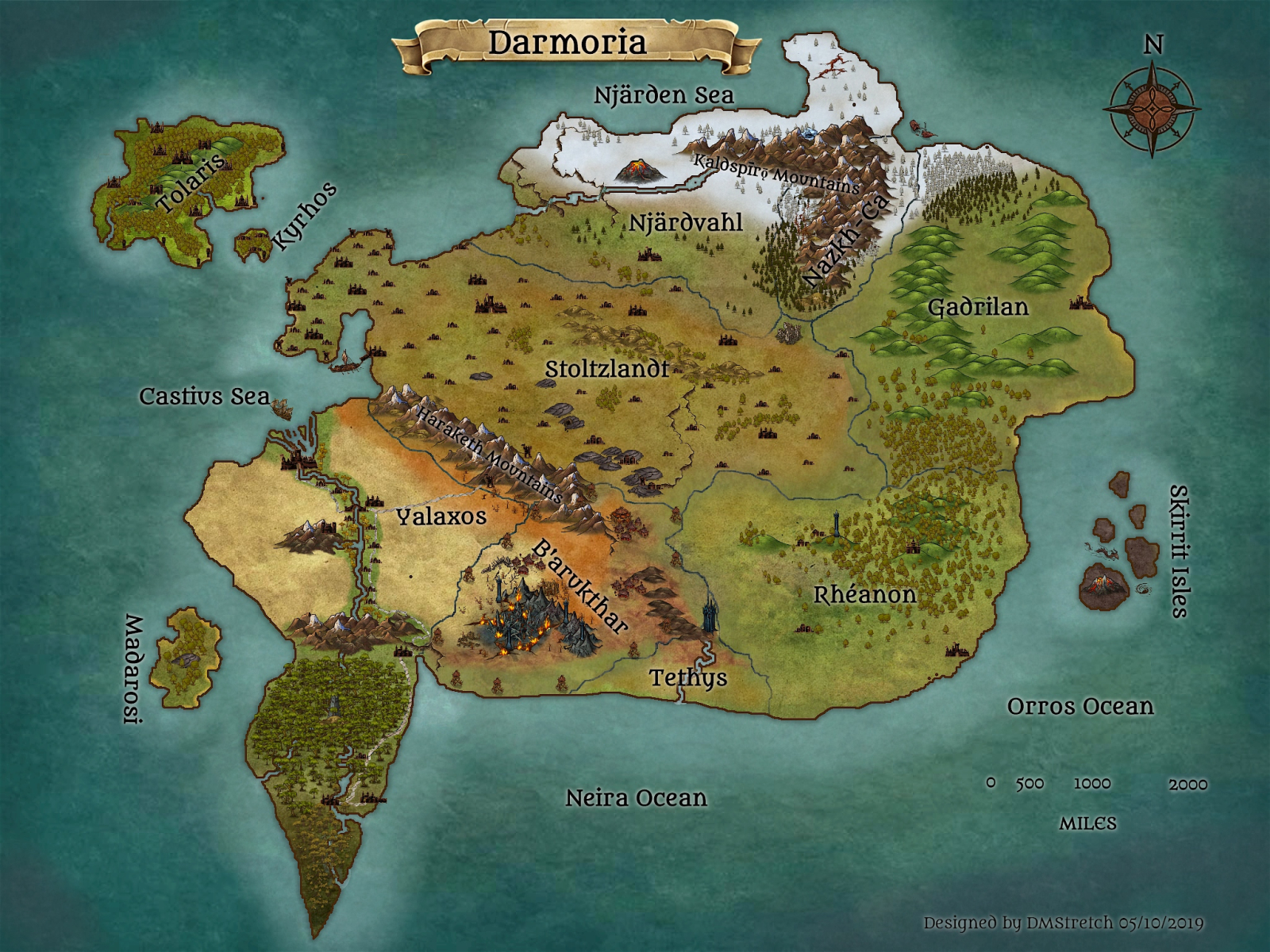 simple fantasy world going through dark, tumultuous times. Dark forces are rising, attacking innocent towns and villages, but that is not the only enemy. Rulers have to watch for enemies within their own courts as well as those on their borders, as political games and plots are rife. Religion and magic, while they still exist, have waned off. Belief has changed from the gods to believing in what you can see and feel. While some of those in power are more concerned about their own agendas and ambitions than any higher being or purpose. As for magic, people just don't use it any more except for those few that still keep to the old traditions but they are few and far between.
*Please note that the map is not a finished product, it is still very much work in progress and subject to change at any time.