Directed energy weapons (DEWs) are weaponized beams of energy - usually highly focused electromagnetic energy - that inflict tremendous damage on a target point known as the point of incidence. Energy weapons typically fall into one of three categories: electromagnetic beams, penetrating radiation beams, or sonic beams.   Each of these propagates a tightly-focused beam of energy - light, radiation, or vibrational, respectively - in a straight line toward a target. The extremely high power necessary to affect target with energy in this manner negates any attempts to bounce the beam or redirect it after emission. Thus, these weapons can only target points in their direct line of sight. Despite this limitation, they see widespread use because they do not suffer adverse aiming effects due to winds or gravity the way Projectile Weapons do.   DEWs can also offer greater versatility within a single weapon system. Because the energy beams must be pumped from a power supply, the amount of energy in the beam can be varied to provide different levels of effect. This can allow for the rapid pulsed emission of lower-energy shots, potentially turning any weapon into a less lethal rapid-fire version of itself. Also, because the beam must be focused through a series of articulated internal lenses and mirrors, elements of this apparatus can be vibrated while pulsing the beam to create a shotgun-like scatter, if so desired. Such options reside purely within a weapon's software, so while these may be restricted by governments, it is a matter of hacking the weapon - usually a criminal offense - to convert it to a rapid fire or scattergun weapon.

Electromagnetic Beams (EM beams) use coherent electromagnetic waves to create a Masers (microwave wavelengths) or Laser (IR or shorter wavelengths) to deliver an effect to a target. In the case of masers, this effect is either to rapidly heat the target or to induce a current flow in the target, thereby destroying unhardened electronics. Lasers function by applying intense heat to a target to either melt or cause a train of rapid explosions, thereby drilling through a target in an instant.

See Lasers for more in information.   Since their inception, a wide variety of lasers have been developed. Early laser weapons relied on generating vast amounts of heat to melt their way through targets, but this ultimately proved inefficient and often ineffective. Further refinements shows that a train of high-intensity millisecond pulses could flash flesh to vapor in string of explosions that flay muscle, sinew, and bone alike. This also proved effective against inanimate objects to a lesser extent. Since then, the pulse trains have grown shorter and the energy loads higher. See Pulsars, Blasters, and X-Ray Lasers for more information.   An offshoot of the lethal lasers described above are low-powered visible-spectrum lasers that can temporarily or permanently blind their targets. These Dazzlers use a diffuse beam aimed at the face or eyes to overstimulate or burn the target's retinas and induce blindness. All lethal lasers can potentially serve as dazzlers, but government restrictions often require software limitations against blinding targets.   Yet another offshoot of lethal lasers are Electrolasers. These use a pair of short laser pulses to ionize the air between the weapon and the target, creating a temporary circuit through which the electrolaser releases a jolt of electricity. Sometimes nicknamed lightning guns, these weapons can stun or kill targets from a distance based on the amount of current released.

See Masers for more in information.   Masers work by emitting intense radio waves in a directional beam to either induce extreme pain by heating skin or exciting nerves in biological organisms or to induce electrical currents in unhardened metallic components and thereby potentially destroy electronics. This makes masers ideal less-than-lethal weapons for crowd control, torture, or the destruction of technology.

Penetrating Radiation Beams (P-Beams) use beams of penetrating radiation to heat and thereby damage a target. This is typically a beam of near-relativistic alpha particles or a coherent beam of gamma radiation. Both of these function by tearing apart atoms, which release a cascade of secondary radiation that continues the process until all energy has been expended. One side effect of this process is the irradiation of the area surrounding the point of incidence, making this particularly effective at killing the crew of a vehicle without extensively damaging the vehicle itself.   In the case of both Alpha Beams and Gamma Beams, the beam behaves this way for all matter between the emitter and the target - including air. This makes it ill-suited for use within atmosphere, since back-scattering will irradiate the shooter and everything along the beam's path. Additionally, these weapon systems require significant power sources that would be difficult to fit in most planet-side vehicles. For these reasons, P-beams are typically deployed on spacecraft for use against other spacecraft - something their extreme ranges make them particularly suitable for.

Sonic weapons, often called Screamers, operate by emitting a focused beam of acoustic energy that can deafen, disorient, or stun biological targets. These only function in atmosphere and are usually preferred to electrolasers as a less-than-lethal option because they do not have the potential to induce heart attack or leave burn marks, and they don't have degraded capability in humid or wet environments.

Access & Availability
Availability varies based on government control, but directed energy weapons are commonly encountered as sidearms, heavy weapons, and point defense. Coupled with Ballistic Weapons, they form the backbone of most military
Complexity
While generally a complex technology that requires advanced power generation, computing, and sensor technology to function effectively, the exact level of complexity depends on the type of weapon system and expected operational environment.
Discovery
In the year 1917 of the Christian Era, Albert Einstein established the theoretical foundations for the laser and maser in his paper, Zur Quantentheorie der Strahlung, but it was not until 1953 that Charles Townes created the first functional maser and 1960 that the first laser was successfully operated. It took another 70 years for the first effective laser to enter active duty service in a point defense capacity. It would take another three years before a directed energy weapon destroys a manned vehicle.

Thank you for writing this! I learned what a Maser was! :D 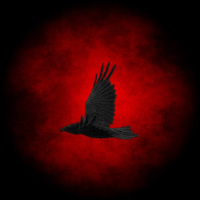 Quite welcome! There's a surprising variety of energy weapons that could theoretically be made, and some "standard" science fiction ones that are surprisingly poor ideas, too. Personally, I like masers because I like cheesy science fiction robots.

Agreed, I have not heard the term Maser since Battletech/Mechwarrior I think. OK next flechette guns, needless or chanler pistols.

Give me a chance to write the ballistic weapons article before you start dropping spoilers like that! Actually, coilguns will be nicknamed needlers or nail guns (I like Quake) and use an alternating EM field to propel small caliber high-aspect ratio projectiles at high speeds. Rail guns (I like Quake 2 and Quake 3, also) will fire much larger projectiles. I have not ruled out finned darts for coil guns with guidance systems, but I also haven't settled on how much miniaturization is available for computers.