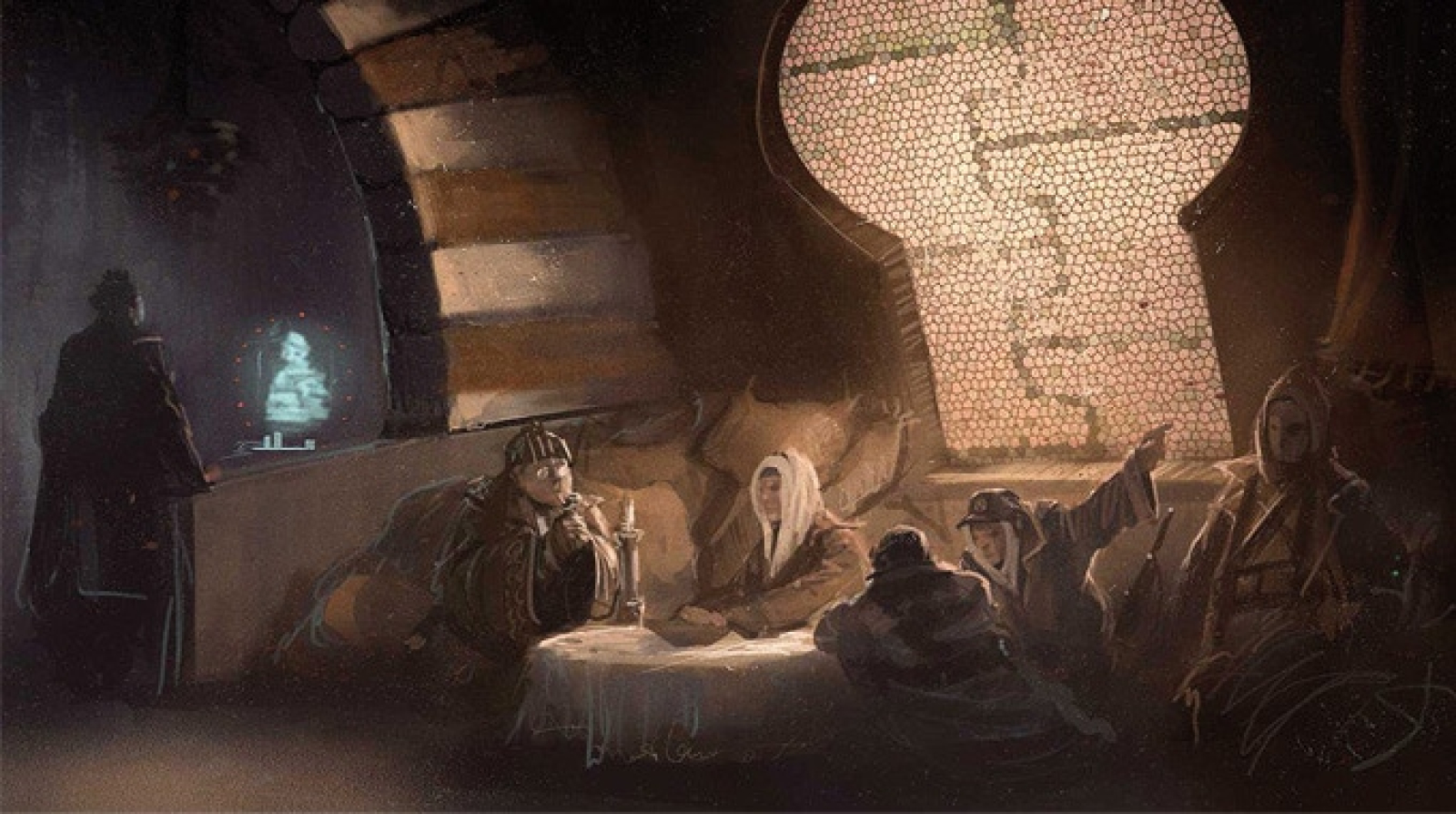 Ishthyl
Coriolis is like Arabian Nights in space.   Coriolis is a science fiction role playing game set in a remote cluster of star systems called The Third Horizon. It is a place ravaged by conflicts and war, but also home to proud civilisations, both new and old. Here, the so called First Come colonists of old worship the Icons, while the newly arrived Zenithians pursue an aggressive imperialistic agenda through trade and military power.   In this game, the characters will crew a space ship and travel the Horizon. They will explore the ancient ruins of the Portal Builders, undertake missions for the powerful factions and partake in the game of political intrigue on Coriolis station - the centre of power in the Third Horizon. They will even encounter strange beings from the dark between the stars.   A Word of the Game and the Setting   I've found that I really love the setting of Coriolis. The worlds of the Third Horizon are a rich playground for adventure. My first campaign here is featuring artifact hunters, but I know that I'll be back to try other games in this setting. As usual when I return to these settings, the impacts of the first campaign will reverberate throughout any future games I run here.   That being said, I'm not very fond of the game system that comes with Coriolis. Is see it's influences, and I see how the authors are attempting to use the system to reflect aspects of the setting - but in game play the dice mechanic just ended up to be too "swingy" for us. As a result, we converted over to Stars Without Number, an OSR sci fi game. It has served our needs nicely, even if I have changed the in game interstellar travel mechanics from SWN to fit more with the Coriolis setting.
Tweet

Raiders of the Uncharted Qabr