“I’m sixteen, living on my own, and I like big butts, please try to keep up.” - Bradley to the group

Bradley Whittaker is a sixteen-year-old human male who joins the group after they save him from a pack of werewolves. Already having a history with both Sydero Theron and the supernatural, Bradley joins the group as a researcher as well as helping for intel.   He first appears in episode four of season one, Who Let the Dogs In.

As a young child, Bradley was extremely inquisitive about the world around him and how it worked. He had an interest in everything and thus was unable to focus like other kids his age. This extreme curiosity is what leads him to follow and observe a meeting between vampires and werewolves. That also later results in him leaving his parents, and consequently, his parents dying. Bradley has never forgiven himself for these events, and it shows in his less inquisitive nature. Though it hasn’t totally disappeared, Bradley is more likely to think things through before jumping into them immediately. Bradley adores problems and fixing them with both an analytical and creative view. He would rather focus all of his attention on one issue and come up with multiple ways to fix it than to focus on various problems or take the easy way out. The closer to home the problem is, the more Bradley is dedicated to fixing it.

“I never liked sleeping before. It feels like everything slows down more than it should. Like my brain and my body aren’t on the same track, and one is still in the world, and the other isn’t.” - Bradley to Roe

Bradley suffers from primary insomnia, though it’s not clear when this starts. He’s seen staying up and chugging down energy drinks, his attention on his laptop. Despite never sleeping, he doesn’t seem to be suffering from anything else that comes with the inability to sleep. He usually will choose to stay up and play video games, continue working through problems, are improving his programming and hacking skills. Dropping out of school at the age of ten, technically, Bradley has an elementary school level education, but one could never guess this due to his intellect. Bradley homeschooled himself on multiple subjects, furthering his knowledge with matters on coding, math, and the supernatural. His ability to research and delve deep into the web is more than a useful skill within his group.   Despite his knowledge, skill, and how fast he had to grow up due to his circumstances, Bradley is still a teenager and behaves as so. Though surrounded by those older and more mature than him (or at least they should be), he has teenage tendencies. He gets flustered when meeting pretty girls, throws tantrums at moments when he doesn’t get his way, and enjoys being teased and teasing those he considers his family. On his good days, Bradley is hugely playful and joking, always ready to downplay the seriousness of an event and help pick up the spirits of those around him. He likes to think himself ‘hard to hate,’ especially when he learns that even Zillah feels protective of him. He has no problem putting the wellbeing of others before him but sometimes will forget that his own health matters just as much. On his worst days, Bradley is an introvert and can even be toxic to those he loves. He has a hard time figuring things out, and he becomes one-track-minded. He becomes much more willing to sacrifice anyone and anything to get what he’s after, as seen when Sydero is taken, and he’s ready to condemn innocence in order to get her back.

Bradley is a young man in his mid-teens, he has a light rosy complexion, medium-length disheveled brown hair that stops at his eyes in front, and the nape of his neck in the back. He has dark brown eyes and is the average size for boys at his age.

He typically dresses in casual clothing, and if possible, would live the rest of his life in pajamas. The most that he does, clothing-wise, is put on a nice button-down and jeans.

“Does it look like this wimpish body was made for fighting? I’m the smart one, I don’t do fights.” - Bradley to the group

Being one of the only two humans in the group immediately would typically put Bradley at a disadvantage, but he never sees it as so, and neither does his team. Despite his inability and unwillingness to fight, Bradley does know how to properly use a gun and is typically away from the action. His main assets to the team come in the form of intelligence and research. Whenever the group needs information, he is immediately called, and he is typically the one who helps the group with new devices.

Bradley grew up in Florence, South Carolina, and much of his time was spent in the area and no place else. As a child, he was inquisitive and had a curiosity that his parents felt at odds about. They adored that their child wanted to learn about so much, but at the same time, worried that it would lead him into trouble and an unfocused mind. Bradley's parents were able to capture some of that energy and curiosity and focus it into computers, Bradley's father teaching him the ins and outs of them and how to hack and program.   School was hard for Bradley. He had few friends, and his teachers constantly complained about Bradley not being focused enough and having bad grades. Bradley spent most of his time alone, a loner who allowed his imagination to guide him.   When he was ten, he followed a group of interesting people into an empty parking garage and watched an exchange go down. This exchange was between werewolves and vampires, and because of rising tempers, a bloodbath soon took place. Bradley was privy to all of it and being frozen in spot, watched most of the carnage take place. Before leaving, he found a chip on one of the dead bodies, and he took it. After that, he became paranoid and delved deeper into the world of the supernatural. He became so paranoid that he called someone to help him figure out what to do, Faye . She sends Sydero Theron to check out the area, and Bradley ran into her, asking her to teach him more. Sydero refuses, and Bradley continues to persuade her to help him and take him away so that he can keep his parents safe. She finally agrees and hides Bradley.   A year later, Bradley comes by to visit them only to find them dead, and their remains were torn apart by werewolves who are still present. Sydero kills them and after leaves with Bradley, who is deep in mourning.   After his parent's death, Bradley continues to live mostly by himself, being checked on by Sydero and Faye and surviving on his own. He chooses an abandoned house away from civilization and makes himself a bunker that he hardly ever leaves, only doing so to go into town and get food. 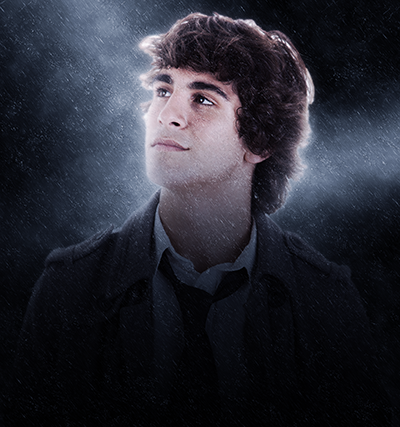