A spectre is very similar to a ghost. However it is different in the way that it is not acting out of insanity, it has a deep hatred for all living things and it can drain the life force from living beings which it then adds to its own power.   When a sentient being dies to a spectre its soul also becomes a spectre right then and there. Resurrecting a being that was turned into a spectre is not possible until the spectre of the being that died has been destroyed. 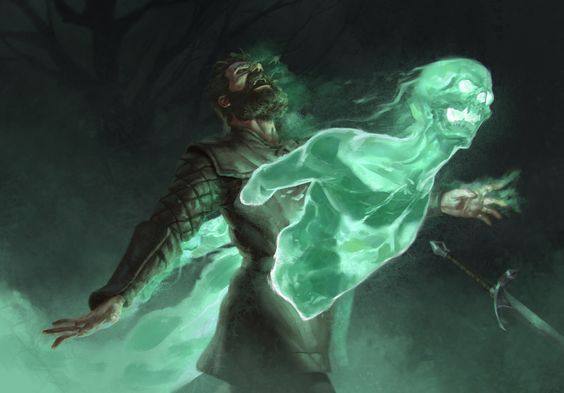