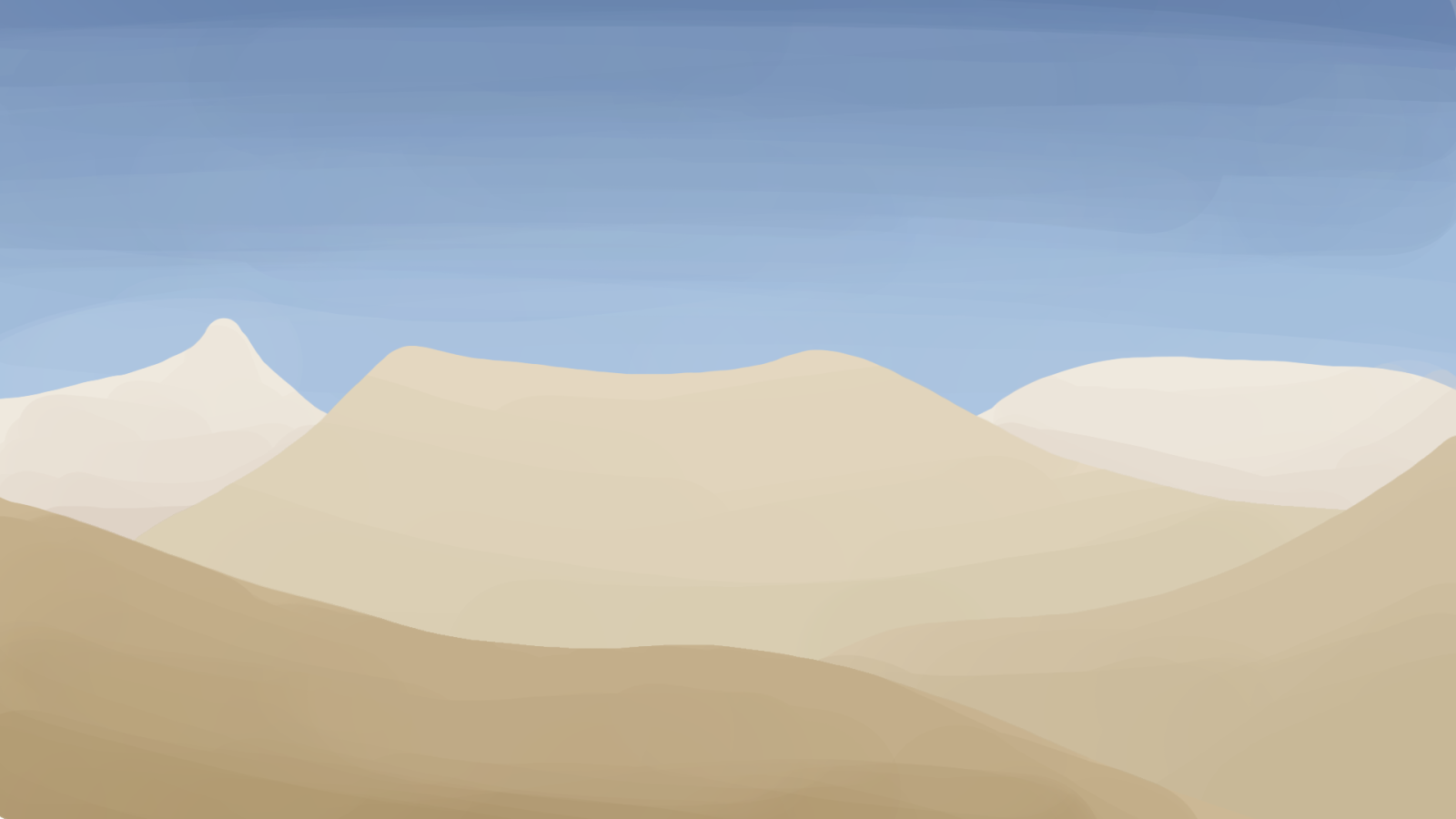 Day 12. We have almost reached the next oasis, the final stop before reaching the border of our empire, Meiteikoku . Our attempts to contact several tribes of Tieflings and establish relations with them have been mixed, some were very welcoming, others weren't. One tribe attacked us, forcing us to leave Maita behind, who was beyond all healing capabilities we had. I hope her sacrifice wasn't in vain. - Exploring the Southern Desert: Expedition 1, S. Eien

The terrain of the Southern Desert varies: the Northern areas more rocky and have a wider variety of vegetation, while the majority of the desert are sand dunes. The occasional oasis dots the landscape, providing much needed shelter for travelers and a place for local tribes to live. These oases are magical in nature, a magical substance known as essence is what allows for life to be possible among this barren landscape.

Most flora are a variety of cacti. In the northern part, dry bushes and small trees are able to survive among the rocky terrain. The oases have a wide variety of different kinds of flora: from palm trees to beautiful, large and colourful flowers.   When it comes to wildlife, snakes, scorpions and beetles make up most of it. The Oases are home to larger animals like antelopes, as well as many colourful birds. A variety of Ankheg species are also found.

The most valuable resource is the essence that keeps the oases alive. It is a required substance to infuse things with magic and the Southern Desert is the only place where it can be found in the vicinity of Meiteikoku. Other resources include colourful fruits grown in the oases and things like snake venom gathered from the local wildlife.