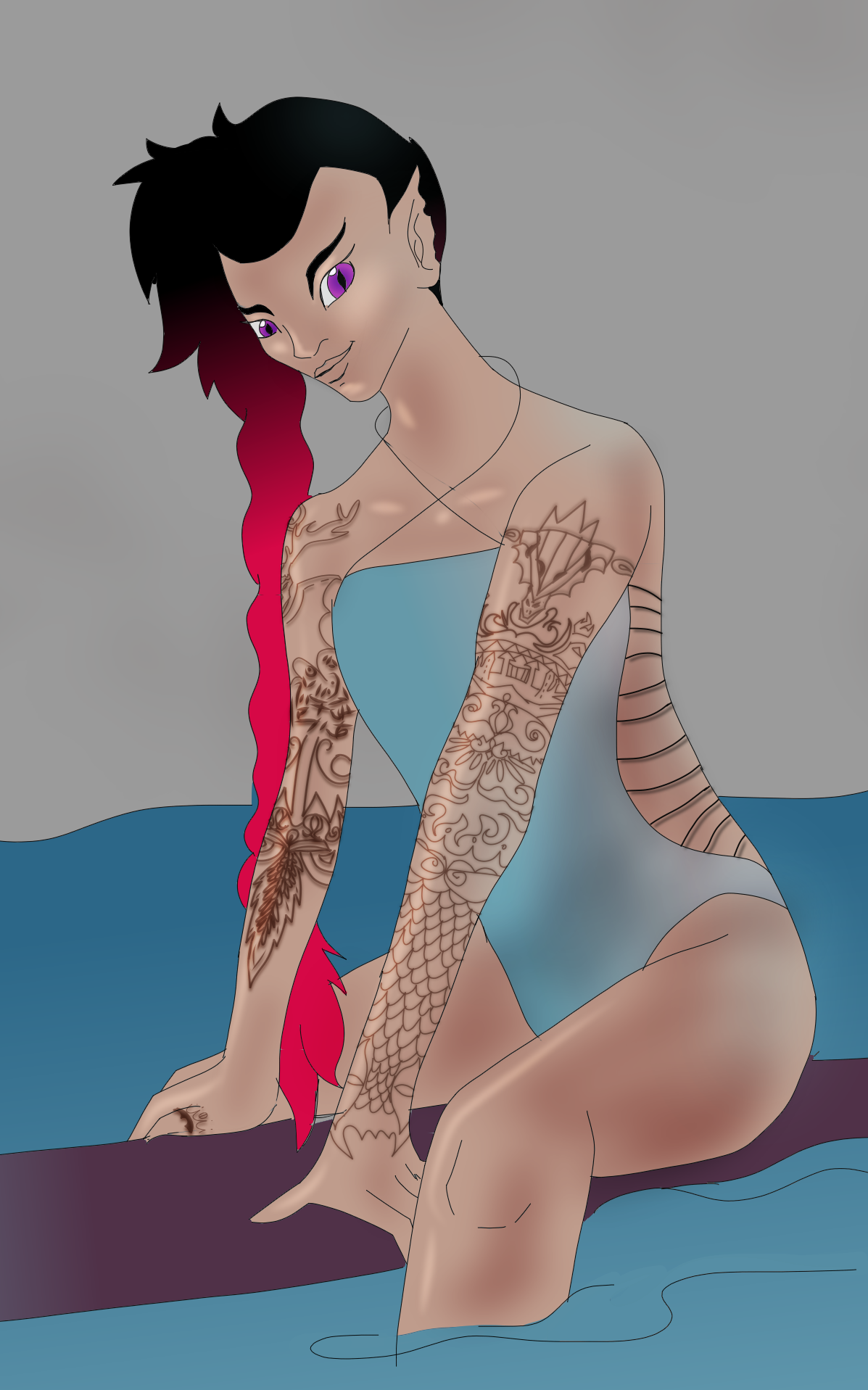 Everyone participates. There is no differentiating between girls, boys or status. Each and every dracoss child gets trained in the military ways until their Taming Wars are done successfully. After that they can decide for themselves which way they want to proceed with in their lives. The royal family is no exception to this unwritten law.

The Wars take place in the Nest [which is a huge fault near the border between Dargon's lands and the south of Forice] every 130 years when the new generation of dracoss kids had just entered their teen-ages. Up to this moment they have trained under their fathers or alongside the army and upon entering the 130s they gather up to show they are ready to adult.
They would gather on one of the "step" stages /flat rock protrusions down the perfectly vertical rock/ to listen to the opening speech by the leader of the army and the Queen; then they'd be released down to the bottom of the nest [they have to fly down on their own] to try and tame the young dragons who are also under the test of their parents [who observe from the other rocks of the walls] to growing up.

It is not a competition of speed, strength or who is smarter - the end result should be that there is no dragon without a dracoss and no dracoss teen without a dragon. This is not the first dragon that bonds to a dracoss, it grows to be more like a soulmate, a sibling.
It is called "Taming Wars" because the dracoss teens get extremely aggressive and competitive over the dragon species or individual dragon they want to try and tame and would fight each other for a certain dragon with all means. There has barely ever been a Taming without bloodshed. There has also been cases where the dragon that the kids would be fighting over would have to stop them from fighting. It's extremely embarrassing when that happens and those are the teens who have to redo the ceremony with the next group in the next Taming Wars.
After the entire taming - pairing is done there would be a big celebration within the city walls with a huge bonfire where a lot of raw meat is consumed, the Taming participants perform a small scene with the dragon they tamed [usually involving the dragon standing on one side of the bonfire and the teen passing through the flames in a dramatic fashion only to land on the dragon's back/nose; that's a classic example repeated over & over] and in front of everyone feasting the participants get their of-age-tattoos. Usually that means both arms getting filled with inks that symbolize the family they are from and where both their roots and duties lie.

^ click to enlarge and view Valora's tattoos in detail ^


The young dracoss kids would only be allowed to use claws, teeth and their dracoss magic to perfom the taming. The dragons are allowed the same.

Answering: "a coming of age ceremony"
Visit vivimorena's Competition Page Check all other answers to this prompt Competition Homepage

Interesting coming of age festival. If they fail they have to wait another 130 years? How humiliating. XD

It sure is XD Thank you for liking it!