If you cook with heavy bones, you're sooner or later gonna dance with six dirty fingers.
— Common saying among Gamblers

This article was inspired by the work of: DreadClericWesley
Thieves' Cant is the secret language of rogues, burglars and ne'er-do-wells. It's a mish-mash of slang, sign languages and symbols placed in strategic locations to alert other thieves of news without being caught.

The Crown proclaimed that nobody is allowed to teach the Cant to foreigners. They actively enforce this rule and those that don't abide by it are punished severely.   Spilling the Cant is one of the most severe crimes, against The Crown and the whole criminal underworld at large, a rogue can commit.   Common punishments for spilling the Cant include:

Thieves' Cant doesn't only exist as a spoken language but also consists of a series of runic symbols that are carved into walls or drawn onto point of interest to mark them and quickly deliver short messages to other members of the trade. 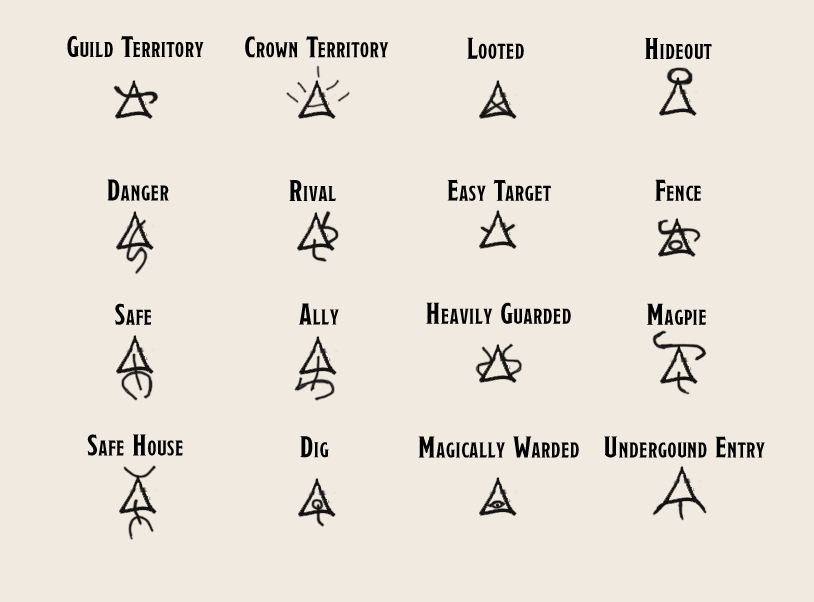 Symbols of the Cant by Diarioz

Thieves' Cant uses a vast array of code words to cipher a sentences true meaning and only those proficient in the language are able to decipher this code.

These phrases and words are quite common in the cant and important to converse in it. So naturally these are the first things a fresh rogue learns, when initiated into a thieves' guild.   They can be used to talk about jobs, event or just the trade in general.

Rogues usually don't want to openly discuss names or position, neither of their targets, nor of other trade members, so they use code words to encrypt whom they are talking about.   When talking about people, all gender specific titles can be changed to the proper gender. E.g. Brother has the same meaning as Sister.

The most common use of the cant is during the preparation, recruitment and planning of a crime. To discuss those matters in private, the can't contains a plethora of code words to conceal your true intentions.

When talking about a job, the first and most important thing one must discuss is what type of job one is talking about.

When the type of job is settled it's time to go into the nitty gritty of the trade and talk details. Often times clear instructions can make the difference between a successful heist and getting hanged in the morning.

Let's face it. Some missions are more important/urgent than others. So you need a way to talk about that as well.

When all the details are settled, there's only one thing left to discuss, money.   A rogue can either ask for money or demand a certain payment. Here's how to do that and how to finally settle the deal.

Treasure, be it coins, jewelry or magic items, these code words are essential for talking about loot, payment, ransom or trade goods. Almost no conversation in cant will end without having contained at least a few of those words.

Gambling is the most favorite pass time of any rogue and charlatan that has at least a bit of good taste.   While gambling by itself isn't illegal in most nations, cheating and crooked games are an entirely different matter and more often than not lead to heated conversations among rogues.

Every good rogue needs at least a few tools, only problem is that most of them are either illegal or get the guards all sharp-eared if you buy them. So it's easier to talk about them in secret and buy them from a trusted fence.

When members of the trade talk about time they use a special numerical code to encrypt times. In this coding system, time is split in dirty" and clean hours. Each full hour is represented by one finger and every 20 minutes past that are one knuckle.

Thieves' Cant in Use

Different kinds of rogues have different ways to introduce themselves as members of a specific trade. They will usually use a specific greeting when approaching another rogue:

Sometimes the rare occasion occurs that a rogue needs to use phrases or words that are code words in the Cant, but he means them literally, e.G. if he wants somebody to literally deliver a a package to his uncle.   If he's talking to someone who doesn't know the Cant, this won't be any problem, but for discussions among rogues, especially if they swap in and out of the Cant, there are some common code words to indicate literal meaning.

Baldric, Prince of Thieves approaches Lenia, the Burning Rose and offers her a job. 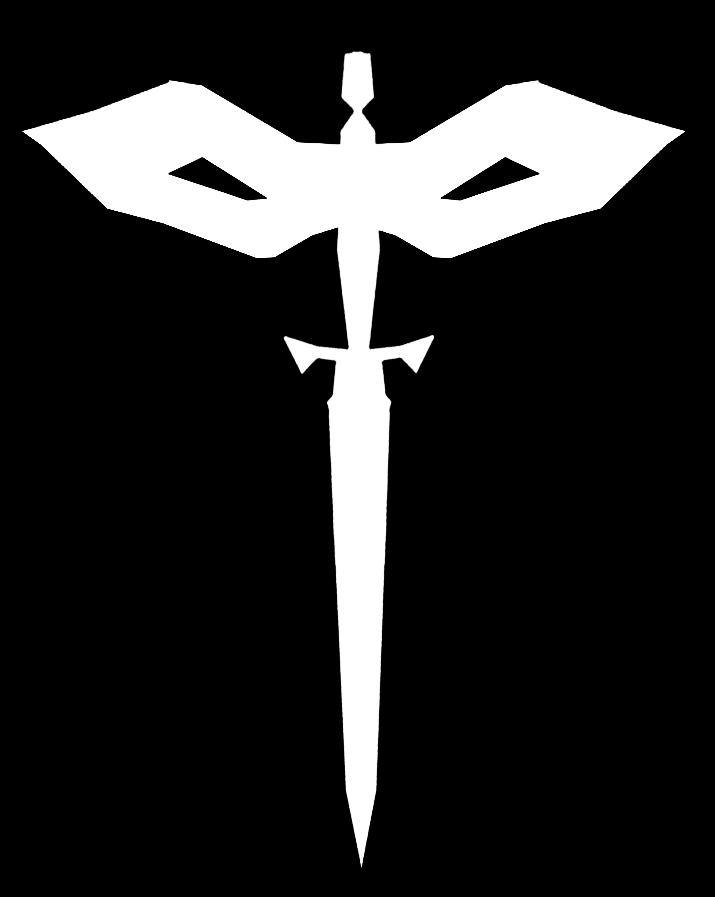 Rogue Symbol by Wizards of the Coast
Alphabet Runes / Thoralic

Watched over by The Crown

The Hand The Black Hand

There's an incredible amount of nuance here and I love it.

Damn ... The Great Uncle is pleased

what happens when you mean something literally? e.g., you wanted someone to pilfer from your actual uncle at his actual birthday party. 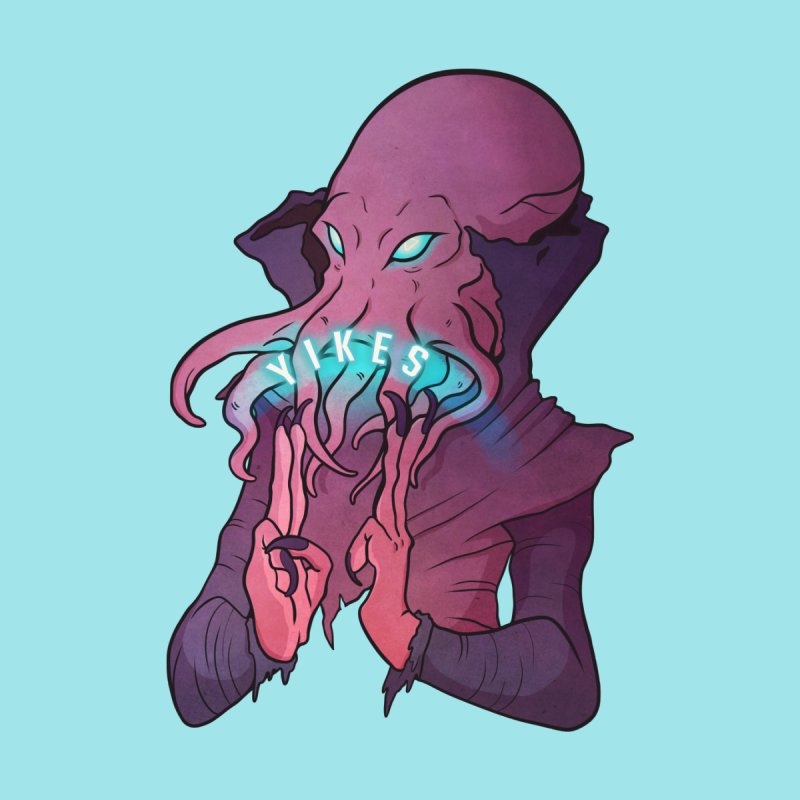