EmpyreanDM
Araxion is an epic fantasy setting with comic book themes and influences weaved into the world, gods, peoples, and cultures. The world of Araxion is a planet-spanning city filled with Superior Heroes using powers granted to them by their gods. You play the role of a member of the Hero Caste, sworn to defend Araxion and its people against threats from within and dangers from afar. So strap on your cape, cowl, or mask and join the ranks of the Hero Caste of Araxion, the World of Heroes.

The heroic and villainous character options for the players.
... Heroes Handbook 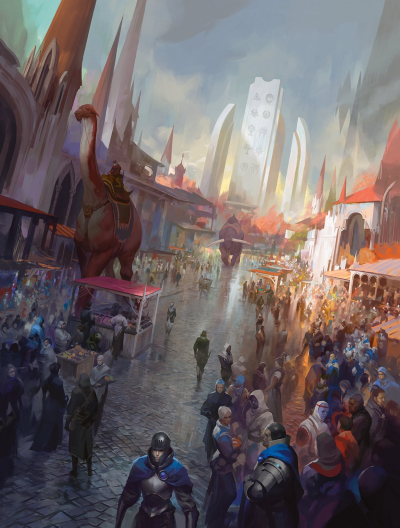 These are the places of the world of Araxion and beyond.
... World Atlas

The people, cultures, and organizations of the world of Araxion and beyond.
... World Encyclopedia
Araxion Discussion Boards

Prologue Adventure in the Undercity