Altrine forms upon mana-infused obsidian rocks when lava is quickly cooled by mana reservoirs. The crystals form as diagonally bent cylinders with flattened tops. They have a red exterior and a blue interior. One can see light blue bolts bounce around the interior of the crystal. If a crystal is depleted of it's power this bouncing energy will not be present.

Altrine vibrates slightly when held and can cause uncomfortable muscle spasms if in direct contact with skin. Altrine is know by many to be extremely dangerous mainly for its properties when broken. When a crystal is shattered, either through physical contact, extreme heat, or any other of a variety of methods, it will create an explosion of magical Shyka energy. This shock wave can easily kill a person whether through sending a strong electrical current through them or simply impaling them with crystal shards.

"Under no circumstances should crystals be hit, thrown, or held with bare hands. Be sure to use utmost care when handling Altrine. If a miner is to become injured due to a shattered crystal first check for a pulse..." -Page 127 The Miner's Manual.

The crystal grows when magma makes contact with a mana resevoir. Because of this, altrine has only ever been discovered in very trace amounts under the mountains of Kolkakla and Aldersglade or in large amounts under the "Altrine Mountains" of Xlandia. It is believed that this is because the geological activity of Kolkakla prevents the crystals from safely completing their 5 year growth cycle, while Aldersglade has more surface level mana reservoirs, and therefore less crystals. Xlandia has neither of these issues, and therefore contains almost all of the worlds altrine.

Altrine has never been discovered without any power within it, though it is well known that the longer an Altrine crystal sits within the mana pool, the more energy it will contain. The only ways to remove a crystal of its power is to either shatter it, or to remove the energy with the proper Dwari machinery.

Upon Altrine's earliest known discovery in the "Realm of Lightning" in the early days of the Thirteen Realms it is believed that the Early Dwari and Stormkin would have only seen the crystal as a possible weapon in the Realm Wars. Nowadays, the crystals are actually most used for their other function. That being their ability to generate electricity, as discovered by the Dwari in the early years of Anerion, 1278 PR. Upon this discovery, Altrine based weaponry was dropped as a concept entirely to focus on more efficient Altrine-based generators. Though, some crafty alchemists still use the crystals as weapons, to the consistent surprise of their foes.

The crystal was first discovered and used by the Proto-Dwari of the Earth Realm in the First Realm War. The crystals proved to be powerful weapons when shattered and aided mages in focusing their spells. After the end of the Second Realm War and the birth of Anerion, the crystal would be rediscovered and brought into use by Dwari inventor and leader of the Engineering Clan, Cong Lin. After it's power generating abilities were discovered the crystal would quickly replace the bulky and cumbersome steam engines used by the Dwari.

"I have done it. I have discovered the lost gift. Our age of gold and silver has not yet been lost. Let us continue as the forefront of innovation. We are Dwari." -Cong Lin to High King Hendrin in a letter opposing the release of the technology to Humans.

As previously described, the crystal can be used as a weapon, power source, mana focus, alchemy ingredient, and possibly even more that has yet to be discovered. This surplus of uses earned the material a name within the Klans of the Dwari.

Dwari shyka mages go through a sort of ritual when they are young and being trained by a master mage. This ritual consists of the mage being taken to Xlandia where they venture into the caves and under their own guidance, choose an altrine crystal. It is believed that by doing this, the mage is connected to the crystal and can more easily cast powerful magic. Upon returning to their home they will be taught how to magically refine the crystal into an altrine based focus which they will place into a staff or wand, of which they will also design.

The Dwari have develops a more streamlined process of going through freshly mined altrine crystals since their discovery. This process is known as Dronkil's Process and is described as follows in his book The Miner's Manual.

While regular altrine can be used and is sold in its standard crystal form, most altrine on the market has been either melted and molded, or melted, molded, and crushed. This process makes the altrine safe to handle as melting the crystal removes its electrical energy. Though, many alchemists and experimental weapon-smiths still purchase the raw crystal for their more niche uses.

The altrine-based power that the altrine provides is used by the Dwari to create many products for the world of Anerion. Though, all of these products could be made without the aid of electricity, with the altrine power serving as an easier method of activating machinery or heating equipment. The only products that need altrine outside of its electrical capabilities to be created are various potions and poisons such as shock poison or experimental weaponry.

"This staff here? Simply uses altrine power to shoot electric blasts. And no, It's not for sale, nor will you ever figure out how to make one yourself." -Xander the Adventurer.

Besides the obvious hazard of the electrical explosion when beginning the melting process Altrine is a quite safe material. The only possible way to make it dangerous once more after refinement is to heat the material to just below it's melting point. The crystal will store the heat as energy, therefore re-energizing itself. Besides that, the only real threat is red stains over one's equipment or themselves.

The simple shattering of an Altrine crystal, whether through the influence of wildlife, excess heat, or shattering naturally, can cause whole caves to collapse, especially if one crystal shattering can trigger a chain reaction of altrine explosions. If this happens, it could feel as powerful as a lower-scale earthquake for those above.

Yes, a depleted altrine crystal can be reheated to be used as a power source once more. However, repeating this reheating process can be dangerous if done to many times, with the crystal eventually simply shattering and melting rather then re-energizing. This is why special equipment is used to infuse depleted crystals with energy from altrine powder; a much safer method.

Since the outlaw of altrine sale and ownership within human provinces, the crystal is now mainly sold by remnants of the old Dwari mining guilds calling themselves "The Deep Miners" in shady, undercover deals. Though because the ruling is now rarely enforced, many members of the human nobility wear jewelry with altrine gems as a sign of wealth.

The Dwari simply store the Altrine in underground facilities to keep it as cool as possible and as far away from heat sources as possible.

Yes, in the year 1 PR, Altrine was banned from all human provinces due to an increase in dangerous incidents involving experiments with the material. Though avoiding this ruling is as simple as moving to a Dwari or Aelfen province, the ruling did end the danger of incidents within human areas. Though, since the increase in demonic incursions and weakening of the Empire's control over Xlandia, the rule has been very sparsely enforced there. 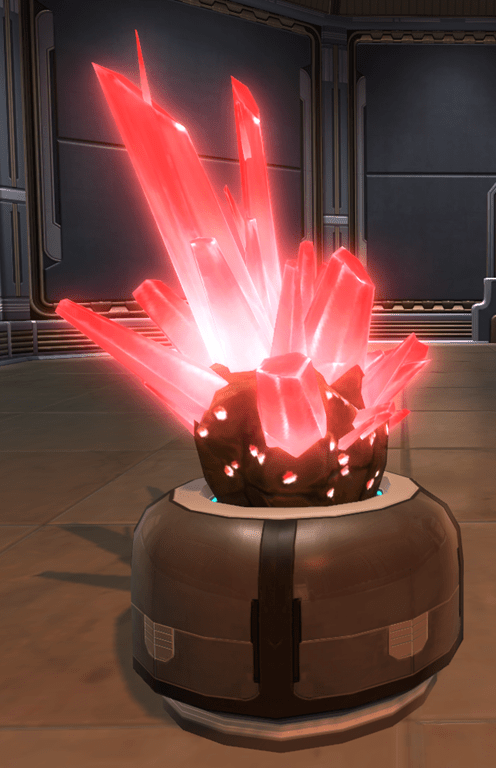 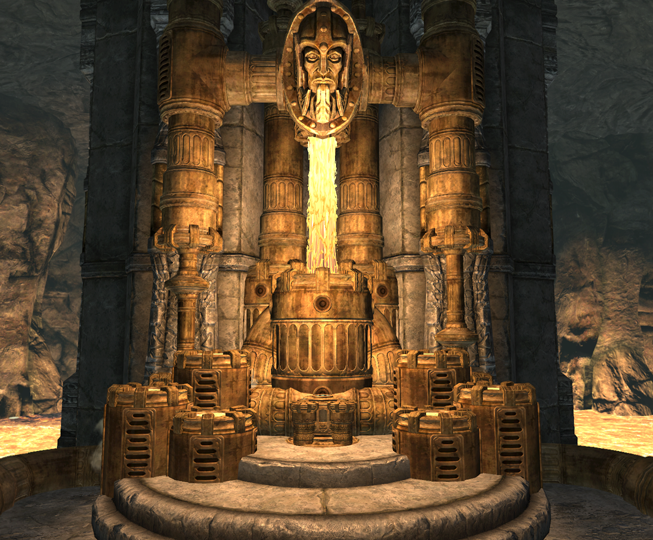 This is a nice article. It intrigues me to read more about this world. The only things I saw that need a bit of work are some typos, which I caught by reading aloud. However, if you're like me, the polishing comes later.Great job!