Underneath a thick blanket of mist, lies an island. Legend says that the island is breathing, slowly and steadily, as if it is sleeping.

The easternmost island just of the coast of Nordenblå lies in a perpetual misty blanket and has been swept in mystique and legends for centuries. A serpent so long it wraps around the earth, while it lies on the bottom of the oceans.   Hugir the ice-serpent, known for wreaking havoc from time to time, is responsible for the occasional longer and colder winters. He sleeps for long periods of time, and while he rests on the ocean floor, most of his head is above water so he can breathe - this is what the island is; Hugir's nostrils.   His breath creates a mist that encompasses the entirety of his nose (the island) and people living on the east coast can only see a tip of the island sticking up above the mist. 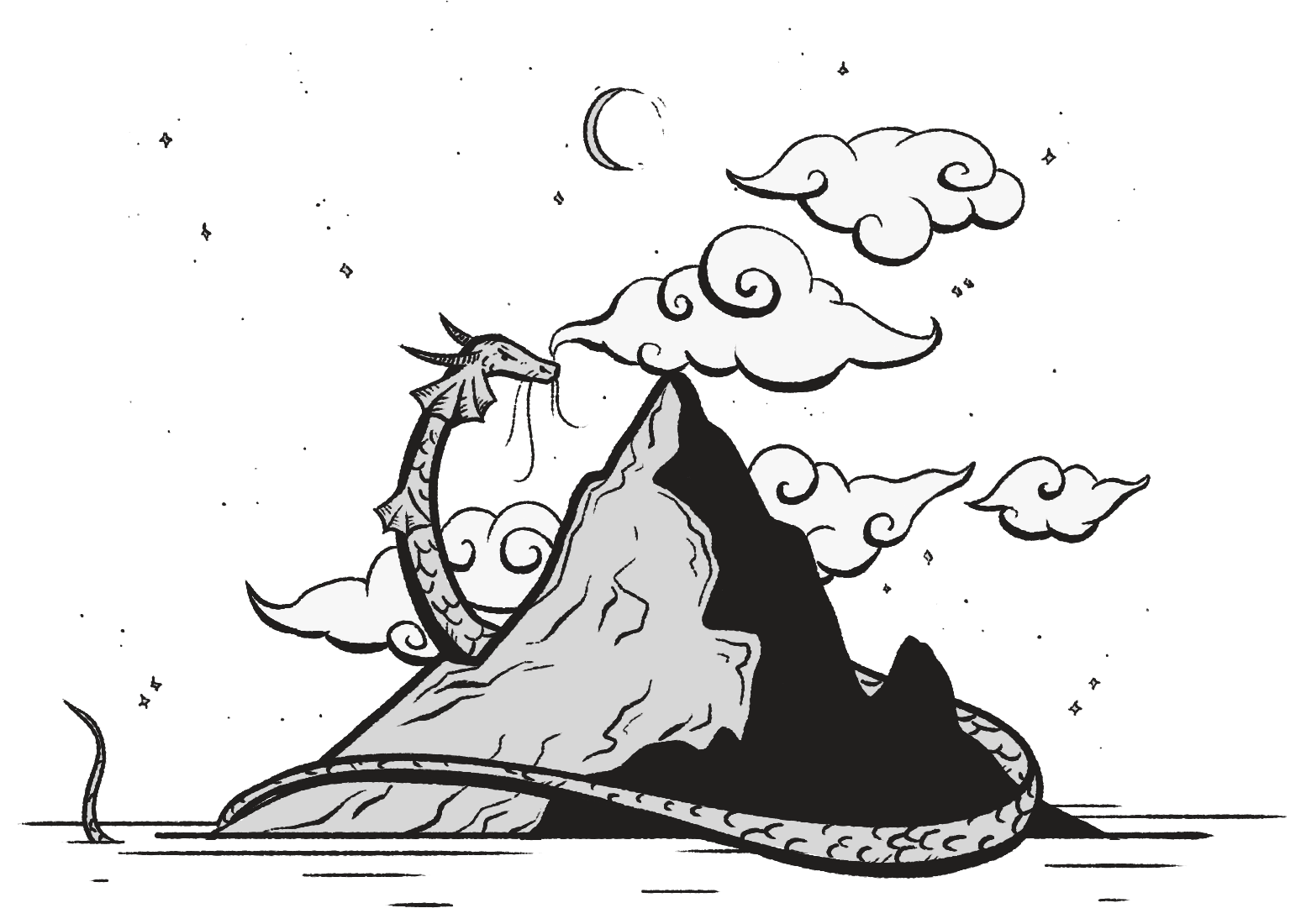 by CatRobi
Hugir is said to be responsible for the colder climate around the island, and old tales depicts him as being mischievous from time to time, freezing over random lakes or even parts of the ocean as to say "Hey remember me, I'm still here!"
Myths and legends
Article template
Myth
World
Aewyn
Category
Myths and legends in Lore and stories
Author
CatRobi
Publication Date
31 Oct, 2021
Creation Date
29 Oct, 2021
Last Update Date
31 Oct, 2021
Visibility
Public
Views
43
Favorites
Comments
0
Work In Progress