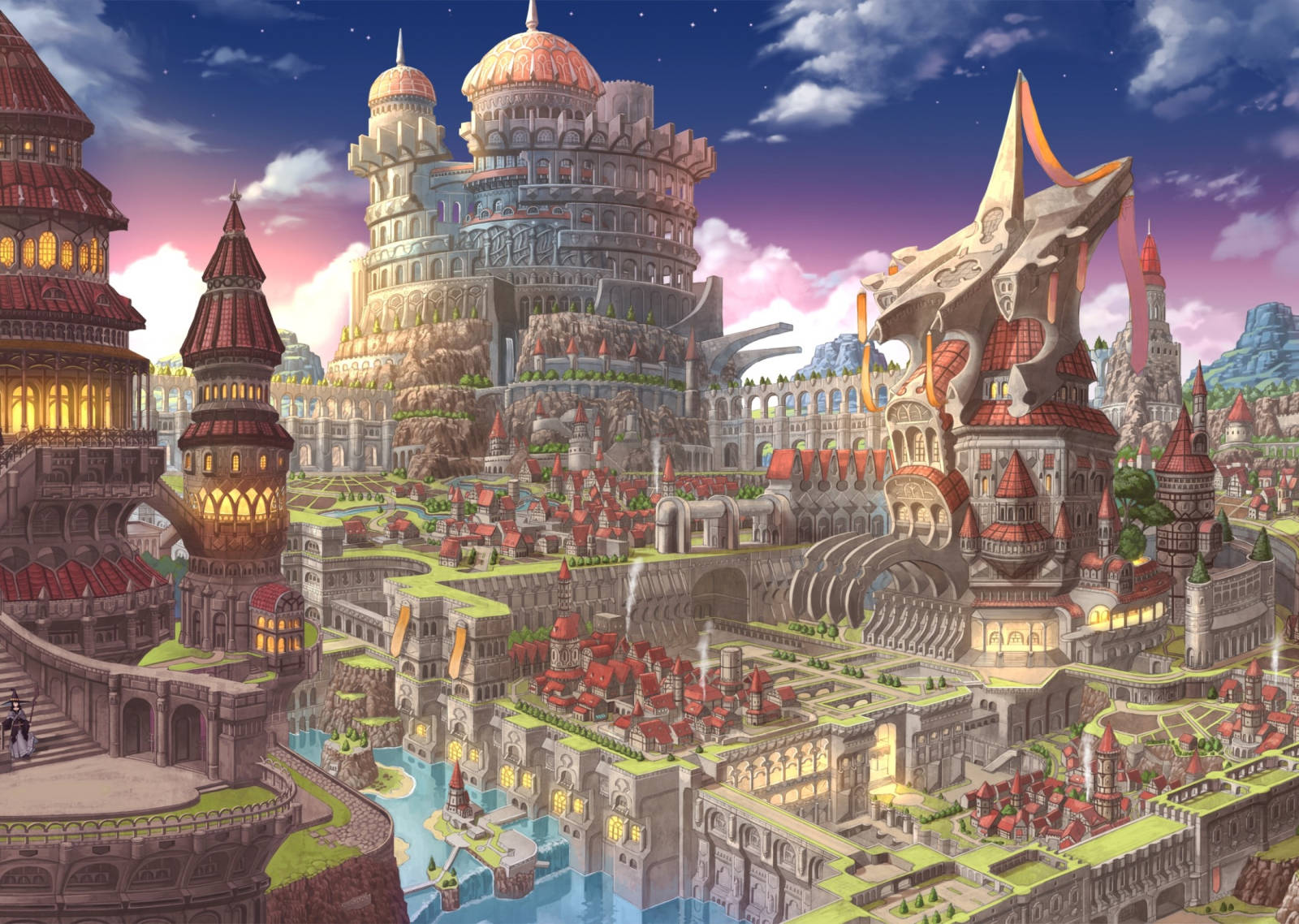 The Great Metropolis of Silverspire

Silverspire is the backdrop for many of the major plot points in the story. The entire first act is centered on going to Silverspire and making the long and treacherous journey there, all while being hunted by Rael. Once there, the party takes in all that is Silverspire and are in awe. Here is where we meet Grand Keeper Ghallus and where Cara leaves the party. Farrus is introduced here as well, and the party receives their very own ship along with him. The end of second act is set in Silverspire, where Ghallus is killed and Rael has his victory. The third act is yet to be determined as to what happens in Silverspire.

Silverspire has long been regarded as the largest, and most beautiful city in the world. The city bar far expands the size of any other city in the world and boasts to the most cultural centers. Silverspire, the capital of Palatheria was built originally in the time of Paladine, an ancient past Keeper. Since its initial building, Silverspire has been continuously expanding and many Keepers have made it their home in the lofty palace of SkyeKeep. Silverspire has a large array of architecture since it’s been expanding upon for generations. There are some “older” sections of the city built in a much older Norran style of building, and there are section of much more “modern” Palatherian style. Norran architecture is like what you would find in Frewen and in some older cities in Zarafell, but Palatherian is much more regal think of a mix between Roman and Victorian England). A large part of modern Palatherian building is building very high into the sky, some neighbourhoods towering many stories high and having a large network of bridges and skyways holding it all together. Silverspire is built at the edge of Lake Skye, making its harbor front incredibly beautiful. Lake Skye is at the bottom of a large basin and rivers that meet here connect many places in Selenica. Ships from everywhere in the world come to Silverspire for trade and for passage.

Articles under The Great Metropolis of Silverspire