Life is a gift from the Gods. So too, death. Your kingdom awaits, your will is still your own, Below as it was Above. Come with me, child.
— Gansis, Queen of the Kibalagaldi Underworld

The flesh-dím, or kursu, are the blue-skinned doctors, morticians, and necromancers that reside in the Underworlds of Adin. Kursu is a condition caused by a recessive gene that can appear in any family, though some seem more prone than others. Their blue skin is present from birth, but tends to be a pale tone in newborns that darkens to a deep azure over their first few years of development.   Melanin in Adinites, as well as the natural red or black coloring of Udug, does not hide the condition. Kursu born to the Nommo people cannot change their skin tone, though they are able to conceal it with fur or other adaptations. Despite the skin tone of the parents, the kursu gene overrides the natural coloration of the child like albinism.   Those affected are vulnerable to Adin's harsh sunlight, suffering extreme sunburn and blistering after only a few minutes of exposure. As a result, almost all kursu spend most of their lives underground in the various Underworlds. There they perform roles as caretakers of the dead, for those who do not yet wish to release their souls from their bodies.

Kursu are highly respected members of society, and parents who send a kursu child to the Underworld are celebrated and rewarded instead of pitied for their loss if they decide to do so. A minority of parents will uproot their entire lives and move to the Underworld along with their child, and they are welcomed Below as a family unit.   While there have been some instances of parents refusing to let their child go to the Underworld, such situations are handled delicately and a child is never forcefully taken. Most holdouts end up deciding to move the child Below after dealing with the first bad case of sunburn.   Kursu can survive on the surface, but must wear clothing that completely covers their skin including wide-brimmed hats, gloves, and typically thick masks of elaborate makeup on their faces reminiscent of Dia de los Muertos masks on Earth. Their eyes are also extremely sensitive to the sunlight, so some wear tinted glasses in addition to their hats or hoods.

One advantage the kursu have is that they never need to wonder what shaping abilities they have. Everyone born as kursu has the ability to shape biological creatures. This includes stopping bleeding and mending cuts, regrowing flesh, repairing broken bones or diseased organs, curing disease (with varying success) and slowing or even reversing decomposition.   They are also able to animate and control a corpse that does not have its soul still attached. This takes a small amount of concentration on the part of the kursu, and these undead are only able to perform simple commands while staying close to the kursu. Loss of focus or moving too far away from the corpse will cause the kursu to lose control over the body, and it will collapse to the ground. This ability is primarily used by the Adinites only for purposes of transporting a body, as using these shells to perform menial tasks is considered disrespectful to the dead.

Besides their medical uses, and preservation of the undead, the kursu are also capable of making flesh golems from raw biological materials or from a corpse whose soul has already disconnected. This does require a Shem, the same electronic device used for other golemic devices, to be created by a metal-dím and implanted into the construct. These flesh golems differ from the simpler animated dead in that they are capable of performing more complex tasks and do not have to stay in proximity of the kursu to function.   For moral reasons, most Adinite kursu do not do this unless the deceased has requested it. And many do - some have been tethered to the Underworld for centuries, outlived their offspring, and are ready to let their soul be reborn elsewhere, or just don't want to continue as a shade of their former self, and donate their body as repayment for the kursu tending to them.

The less scrupulous Udug kursu act more like stereotypical necromancers, often forcing the soul from a body so they have a compliant subject to do their bidding. As a result, many who live in Sherdasa have developed secretive and ingenious ways to dispose of the bodies of their loved ones before the kursu can get a hold of them - burying them six feet under the ground so the kursu cannot detect them, burning the bodies, leaving them out for scavengers and the like. Sherdasan kursu lurk above ground more often than their Adinite counterparts, actively looking for fresh graves or the terminally ill.

Like anyone else, a kursu may have talent in more than one type of shaping. Although there are no shortage of non-kursu living in the Underworlds alongside the resident flesh-dím to perform mundane tasks, some of the blue-skinned that have other abilities choose to not use their primary gift. Some spend their lives shaping or reinforcing new tunnels and caverns to expand the Below. Others tend the crops of mycots or other plants they can convince to grow in the artificial light. 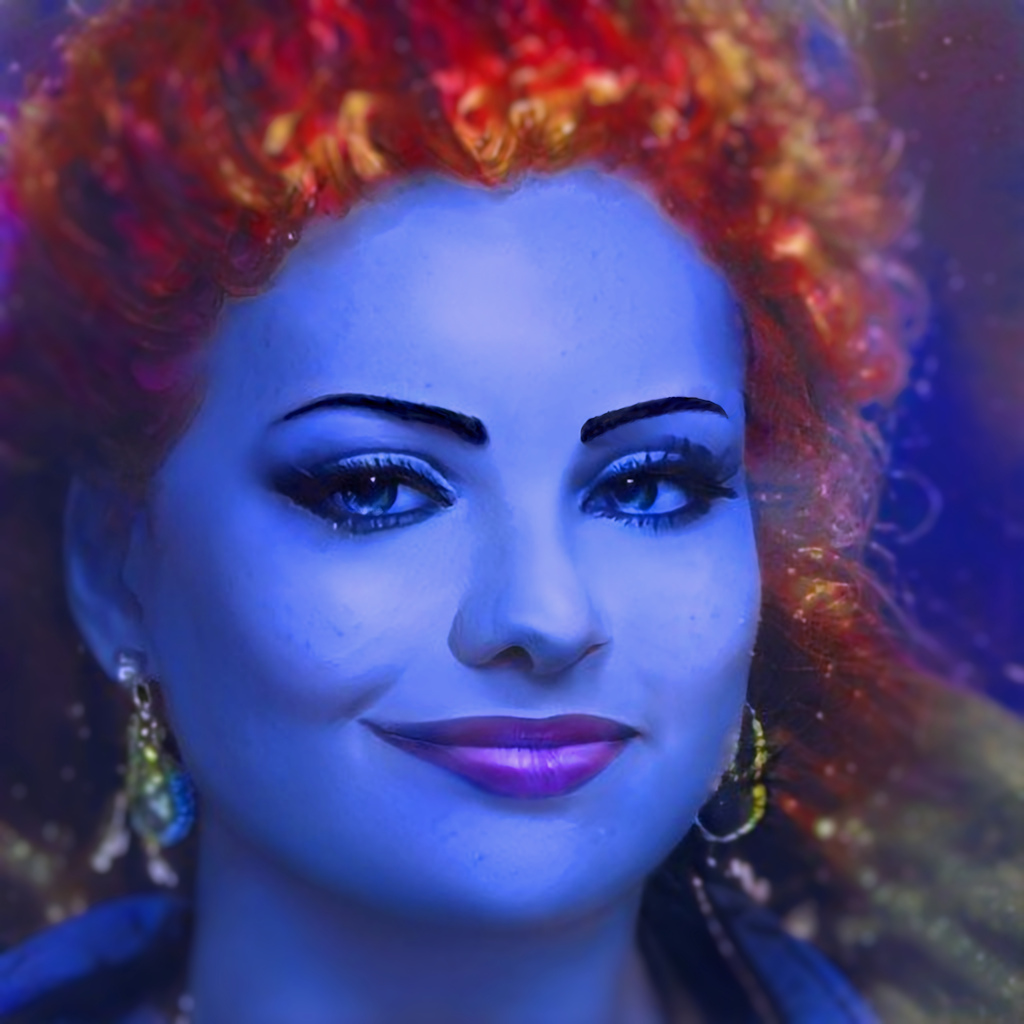 Gansis, originally the immortal Queen appointed to Satium's Underworld. On the destruction of Satium, she escaped into Urubarra and was later flown to Kibalagaldi to assume control of their Underworlds.

That's so detailed and the aesthetics of the template and images are great. I love the names too - they sound absolutely perfect. The lack of links allows to focus to the article at hand, but maybe adding some article-blocks in the sidebar could allow easier navigation to related subjects while still maintaining the focus on the reading?

I see I'm not the only person who ever imagined a moral and sacred necromancy. Biological shaping is a wonderful way to develop healing abilities. If only it were more comprehensible to people that flesh-shaping is flesh-shaping, hm. Sierra's Arcanum got this right, by having "positive necromancy" be the spell-kind of healing magics.

I really enjoyed this, especially the section "Kursu Children," which had some great details about how this condition/profession works within this society. Nice work!