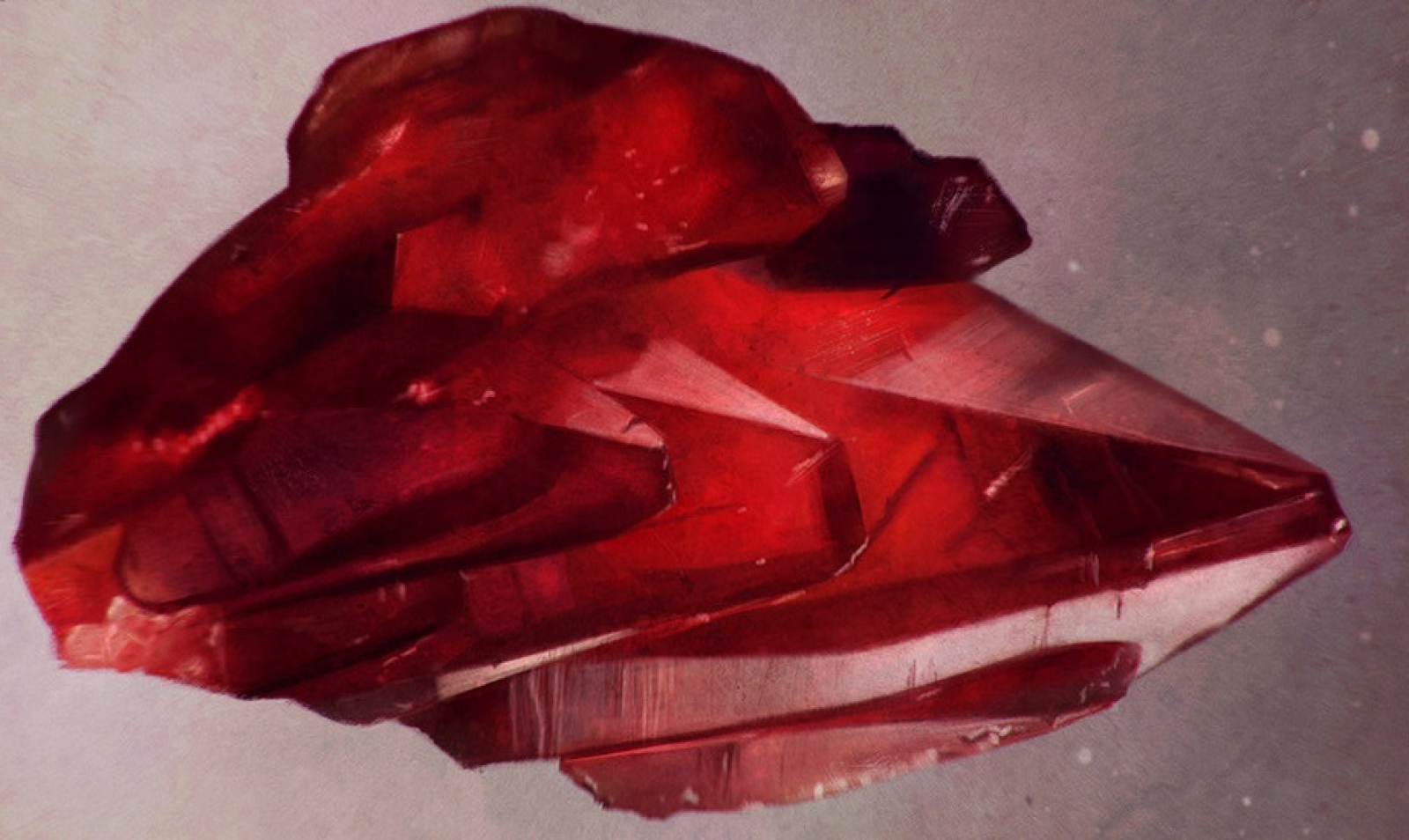 The crystalback is a medium sized mammal growing low-grade powerstone on its back. Used as cattle by the ereldar, their spines are harvested every three to five years.

The crystalback is a cousin specie of hedgehogs, echidnas or porcupines. Bigger than them, it can grow as large as a capybara or a pig.
Crystalback particularity lies in the spines on its back. Made out of crystal clear powerstone, they don't break easily and are shed multiple times over the crystalback lifespan in a process called quilling.

The crystalback mainly uses his senses of smell and magic perception to interact with its environment. The crystals on its back allow him to perceive a lot of information in both the air and the ground.
During his quilling period, the crystalback lose most of its magic perception capabilities and has to rely mainly on his sense of smell while the powerstone crystals on its back grow back and harden. It is during this period that the mammal is the most vulnerable to predators and usually hides in its burrow.
Crystalbacks are mute, they do not use sound as a mean of communication and seem to use magic flux to communicate however this hypothesis has not been fully proved.

Crystalbacks are prey to multiple predators, as such, they have developped several defense mechanisms.
When threatened, crystalbacks bury themselves if they have time to do so or will curl into a spike ball.
Whe buried, the crystalback protects its body parts and will only leave the crystals out of the ground. Doing so will allow it to still perceive its surroundings and react in case of attack.
Curled up into a spike ball, the crystalback will try to roll in order to escape its predator.
As a last resort or if its offsprings are threatened, crystalbacks can release a deadly magic burst from their back where the crystals are. This defense mechanism often causes the crystal spines to shred or break, crystals are then sent as projectiles toward the threat in a magic burst with high velocity creating a killing blow.

Crystalbacks species can be found in many regions around the world with climates ranging from barren to cold.
Often found in the wild, they have many predators for both their meat and their powerstone.
They usually spend the day in their burrow, especially in hot climates and roam during the night, scavenging for food.
They are known to hibernate during winter.

Crystalbacks diet consists of a large selection of insects, fruits, roots, vegetables and other plants.

Crystalbacks are sociable creatures, they live in groups, sometimes only a family, sometimes a couple of them together. The biggest groups found in the wild counted around thirty crystalbacks.
A group of crystalbacks is called a school.
The adult male role is to protect the offsprings, he often circles around the territory where the burrow is while the female will be scavenging for food. In a school, males will not protect only their own offspring but all of them. When a large school territory possesses many burrows, male crystalback will be patrolling between burrows to assure that every offspring is protected.
In an arid climate, schools can often be seen around water where offsprings will bath while the adults guard them.

Crystalback reproduction can become a nightmare. As they are very sensitive to magic flux, they don't feel secure in an environment full of magic usage. The fewer the mages around, the more confident they are and will breed more easily.
Crystalback farms are always far from cities, villages and town where magic users gather. It is also best to be situated far from magic anomalies and obsidian monoliths.
The average female crystalback will produce a litter of 4 youngsters on average after a 100 days of gestation.
At birth, a crystalback has no spine and they will start growing it after a month (80 days).

Crystalbacks are rarely raised for their meat, mainly for their powerstone. For this reason, crystalback farming is focused on raising the quality and quantity of powerstone that can be harvested during the lifespan of the animal.

To enhance the quality of the harvested powerstone, few factors come into play:   The quantity of powerstone harvested from crystalbacks can't be much raised. Apart from the climate where the cattle lives, there is no factor to increase the quantity but they are many that can alter the growth of the crystals. Incidentally, all those factors also decrease the quality:

The first quilling happens one year after the birth of a crystalback. During this first quilling, immature spines are replaced with adult ones. The spines harvested in this process are very fragile, often broken and only produce very low-quality powerstone.
Adult spines are stronger and of better quality, they are shed every three to five years. 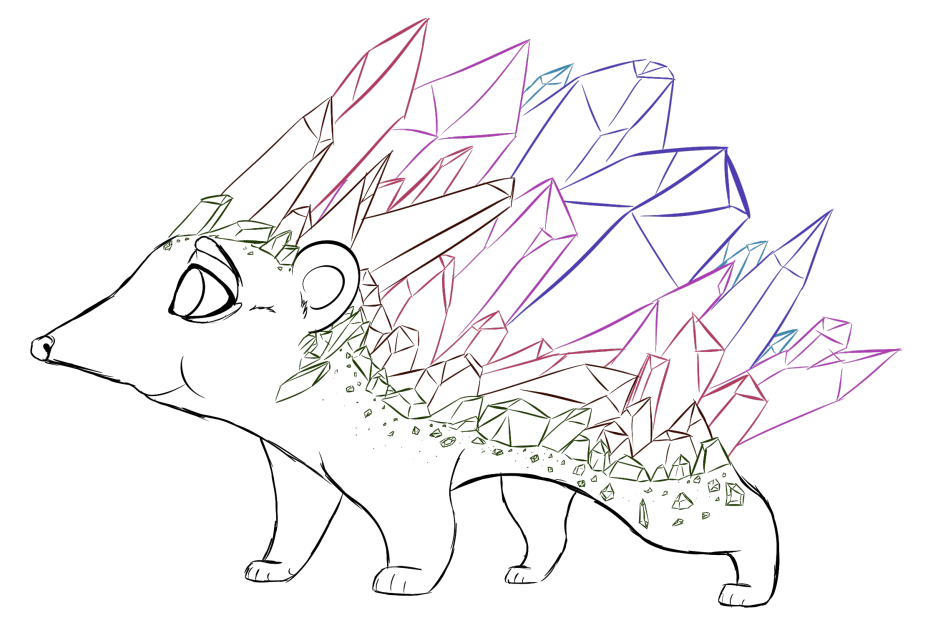 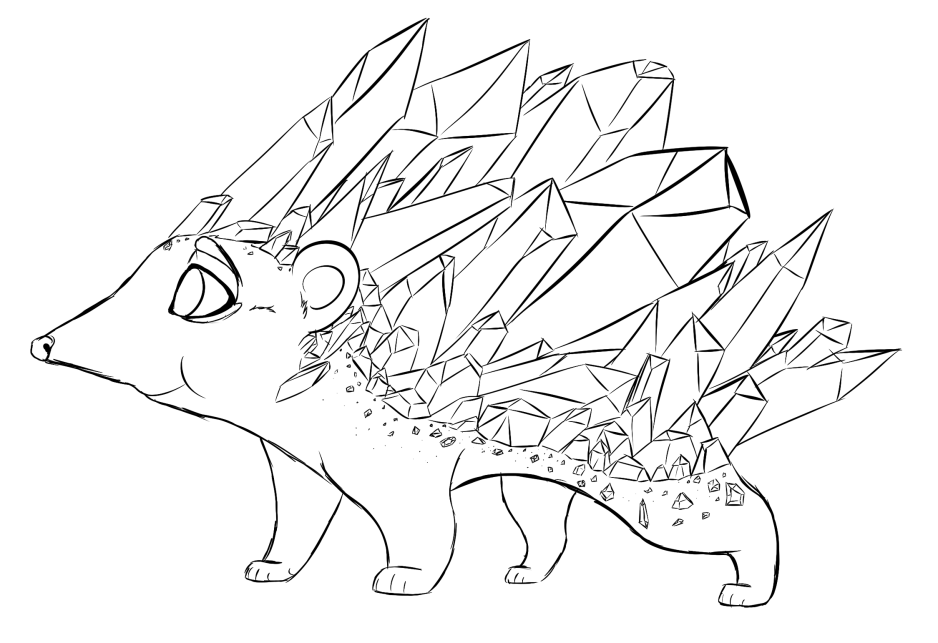 For a mature creature:

Very nice write up! I like these little critters. Curious what their stones are used for

Thanks! Those crystals are used for many things! Magic components for enchanting, alchemy and as a power source in many ancient constructs! In Magi-Strat, the pieces of the game are made out of it! I might write an article about powerstone soon

Man these are awesome! Great details - nice to see some community collaboration too :D