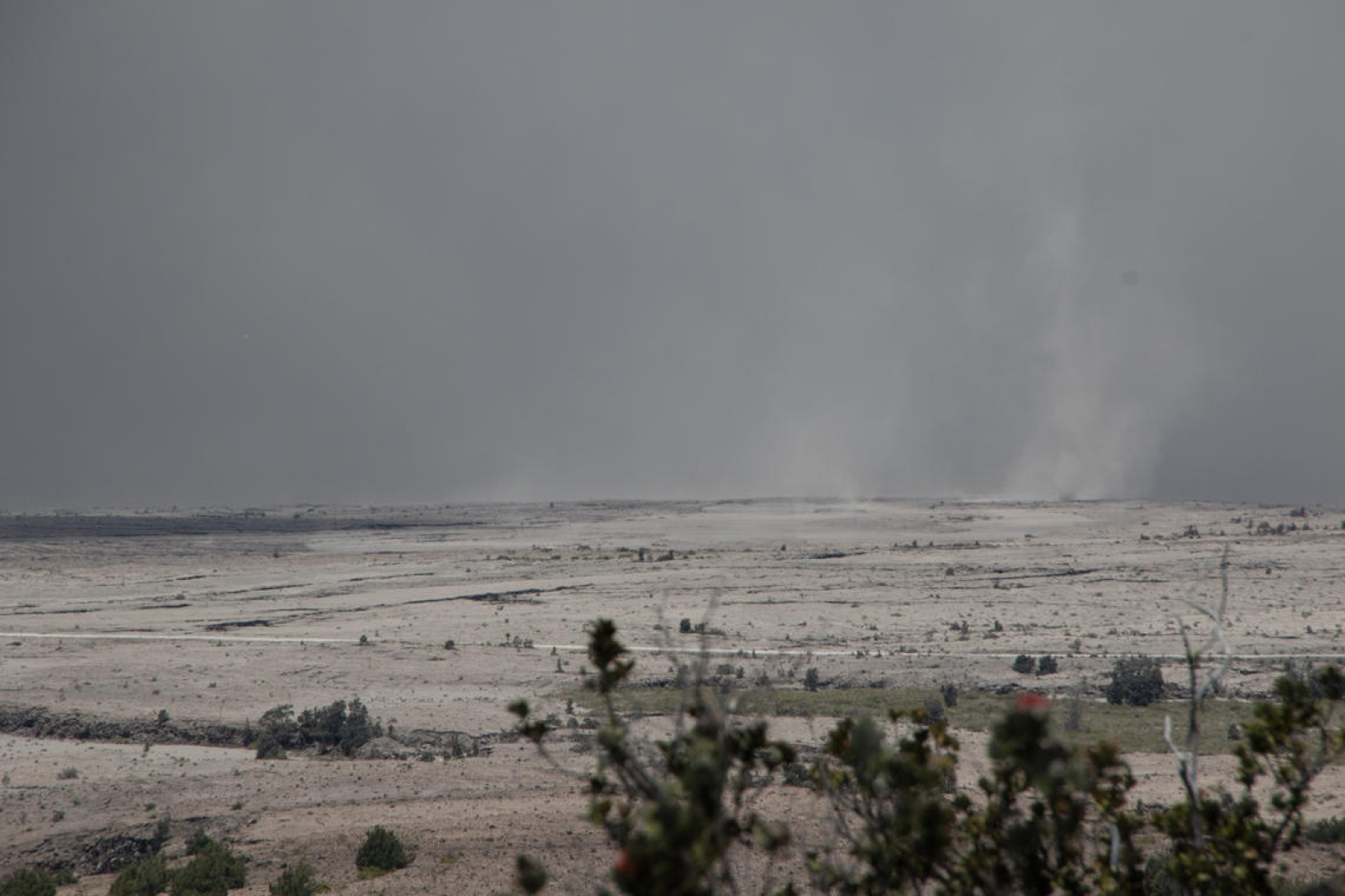 Not all clouds are white and watery. Some clouds are dark and ashen, and in the hotter months they precipitate the ash upon the lands below. These clouds are called Nightmares and their precipitation is called summer snow.

Clouds of ash form above the yellowstone caldera (and massive volcanoes on other continents). They have cores of red hot cinders that are perpetually held aloft by chaotic air currents caused by their heat, and red sparks can often be seen flitting about these clouds. In fact, each ash cloud is the natural effect of the presence of a particular species of fire elemental. Having the barest animal intelligence, these elementals are comprised of heat embodied in the form of cinders which flit and dance in the air currents they create.    Unable to do much more than than float with the prevailing winds, these elementals do have the ability to adjust their altitude and will descend to consume anything flammable they can reach.  The forest and brushfires thus created result in rapid updrafts that carry the elementals back into the sky, at which point they will descend and repeat the process.  This movement results in a sawtooth pattern of gradual descent followed by a blazing fire and rapid ascent.  The colder air at highest elevations causes the elementals to lose much of their puissance and most of the ash carried with them is released to fall in large, wandering flakes of pale gray ash that blanket the countryside.  Thus the name "summer snow."   In extreme cases, summer snow can land while still hot. There are many causes of this, from the final throes of a dying elemental, to parts of a high-altitude elemental sloughing off, to just plain hot ash released by a low altitude elemental.  Hot summer snow can cause burns and may start fires if it lands on dry kindling.