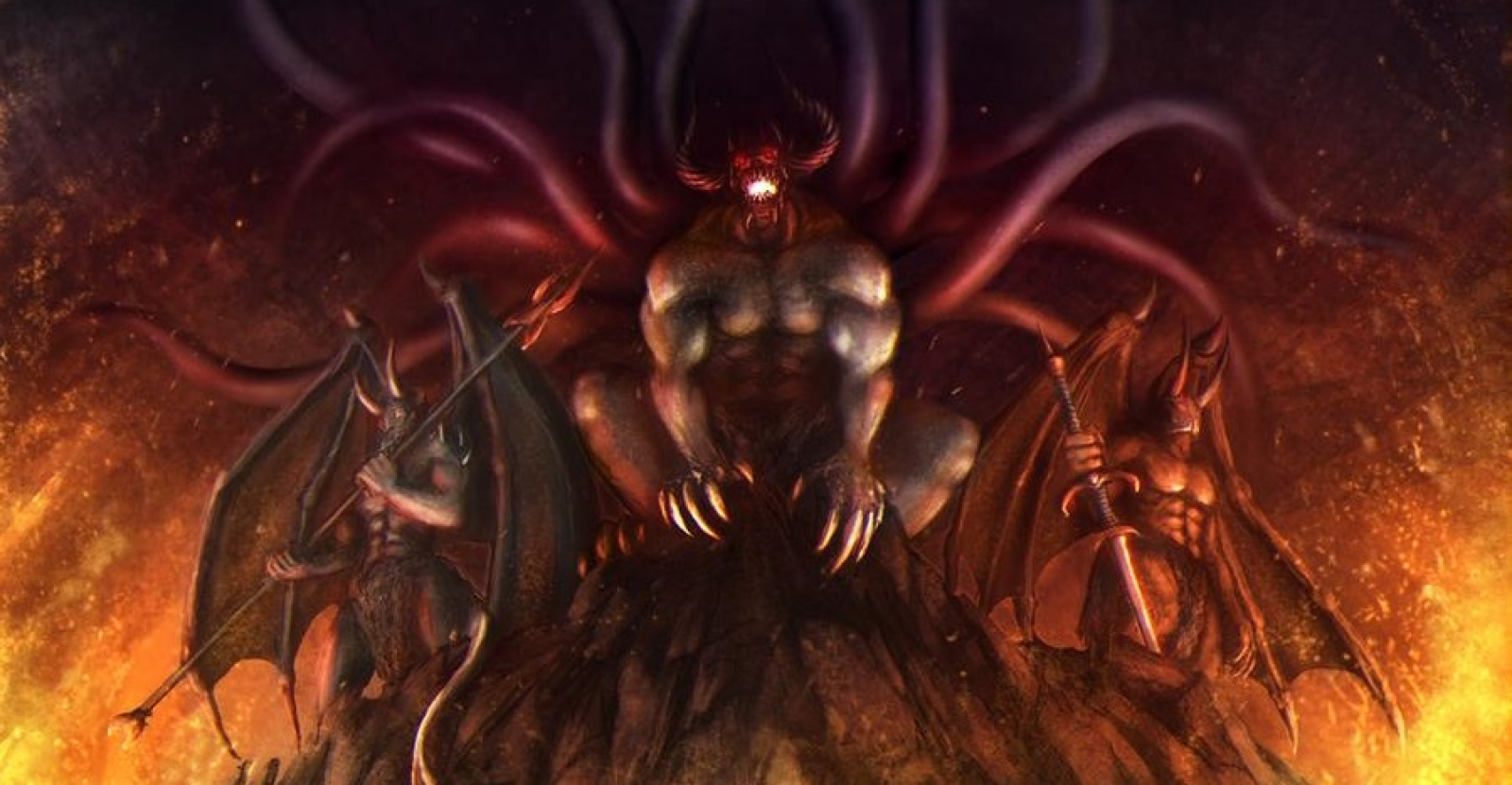 Note: it is very possible that there exist demons who are not necessarily evil by our standards. Since these are people and beasts that have been transformed in mind and body over a thousand years of malicious destruction, there is the very real possibility that some minds have not been completely corrupted and retain some vestige of decency. What would happen if one of these made it to Rifts Earth and was able to get out from under the demon lords' oppressive rule?
There exists a world that was once like earth, green and lush with vast clean oceans. Then, like earth, it suffered a great cataclysm that shattered its biosphere and heralded an age of rifts and strife. It became a chaotic world of unfettered arcane power with multidimensional rifts abounding, just like Rifts Earth is now.   But unlike Rifts Earth, the native population was unable to fend off the invasions and became the slaves, playthings and food of the various conquerors who continued to fight over the spoils of such a rich multidimensional nexus. Employing weapons of greater and greater brutality and destruction, the contenders all but destroyed the world in their attempts to rule it. After more than a thousand years, one ultimately claimed victory over the hellish place. Any semblance of civilization had long since been abandoned. The name of this world?

And the denizens call themselves Demons. The name Hades and Demon have much meaning to us here on Earth, dear reader, but to them, those terms are as banal as "Earth" and "Human" are to us. There are a wide assortment of races and creatures of Hades. And despite all their differences; one thing they all have in common is their supernatural nature. They have all evolved (or been altered, depending) to live in and live off the arcane energies of the planet, for there was no more lush green and the oceans had been boiled away. But now that planet's biosphere has begun to regain its proper form and the ley lines have disappeared. The denizens must look elsewhere for their sustenance. They must look to Rifts Earth.   Earth and Hades have had a number of connections in Earth's history dating to the time when Hades was most active with dimensional rifts. Now the tables have turned and Earth is the world with the active dimensional rifts. In the madness inducing way of space-time, there is no linear correlation between time on earth and time on Hades. Those rifts forming from Hades during its time of strife that connected to Earth did so at various times throughout earth's history, from before the dawn of man to well into the future. Likewise, those rifts now forming on Earth are connecting to the entire span of history on the planet Hades. ...or they would be, if greater powers were not at work. After an epoch of rifts on their planet, the denizens of Hades learned how to harness and control rift energies and manipulate the space-time itself. As a result, they have intercepted and re-routed any incoming rifts from Earth to their current time and space, allowing them access to the arcane energies and people of Rifts earth.

The demons of Hades are many and varied, but because we have come in contact with many of them over the course of human history, their appearance is somewhat familiar.   The victorious conquerer of Hades is named Modeus. He is an incomprehesible swarm of tentacles surrounding a single eye and possesed of supreme intelligence. He is suspiciously similar to a Splugorth and one may accurately surmise that there is some family resemblance. He can fragment himself into several essences each appearing as anything it wants. Modeus has appeared to humans in the past. One recent guise was as a handsome red haired man with dark eyes and bronze skin.   The largest and scariest demons are humanoid with large leathery wings. They are the Baal-rog. They are all that remains of one of the would-be conquerers of the planet and are now servents of Modeus.   Then there are the demon locusts, a creature the size of a horse manufactured from native beasts of Hades not unlike Mutant Animal of Rifts Earth. Though intelligent as any man, they care not for diplomacy or negotiation. These creatures were bred to single-mindedly care only for destruction. They are the stormtroopers of any invasion and are treated as fodder by the lords of Hades, despite their intelligence.   Magots are hideous three-legged mouths with three eyes, each on its own stalk. They are the size of two earth elephants and their hunger is never sated. They have been known to eat so much they can no longer lift their bellies.   The Brodkil are what became of the native intelligent race of Hades. Their supernatural form has become as much beast as whatever their native form once was. They are Humanoid but nearly three meters tall, with enormous fang filled mouths and an inherant ability to turn invisible in an arcane rich environment. Despite this, they have an attraction to cybernetics; which is perhaps a holdover from their more civilized and intelligent past. They will fit themselves eagerly with whatever cybernetics they can get their hands upon, regardless that it annuls their invisibility.   The most numerous are the smaller, unnamed masses of demonized animals from Hades. As a group, they are referred to as Malefics, or just Malefic. Though they are supernaturally more intelligent than mere beasts, and seeing this spark of intelligence in their eyes is enough to frighten any mortal, they would not be considered humanly intelligent. Many of their number have collected different names over time, such as imps, shedim, bloodletters and of course, hellhounds.   There are many others, like the Night Owls, Raksashas and Gallu Demon Bulls, who like the Baal-Rog are remanants of other failed invasions. Each is independently imposing and capable of great manipulation and destruction.
Plot suggestions: