Also known as the Screaming Bubbles

These diminutive lifeforms are the sole reason why technology will not function at altitude.

In their normal state, Bullarum appear as mere motes of dust or pollen floating in the air. When exposed to electromagnetic energy, however, their bodies expand into irridescent spherical bubbles.   Bullarum are simple creatures. They have the most rudimentary of intelligence, capable of demonstrating only the most basic emotions and having no reasoning capabilities whatsoever nor the ability to even act upon or control their own environment.

When exposed to EM energy, a single Bulla will expand and expand inflating like a balloon to thousands of times its original size. As it expands it rises in the atmosphere, naturally, until it reaches the ozone layer. The electrical discharges associated with ozone production and destruction also cause the bullarum to burst. This is how they reproduce. Burst membrane from different bullarum come together and begin the descent back to the planet's surface through the atmosphere to start the process over.   Lightning and other electrical discharges like plasma can cause bullarum in the vicinity to spontaneously reproduce.

Bullarum are actually repelled by biological life energy in the same way that two magnets can be repelled by each other. As a result, they are sparse within a hundred feet of fertile ground.   The intelligent technologically advanced species of Rifts Earth have managed to take advantage of this by covering their tall buildings and towers with lush gardens planted in rich fertile soil. Doing this allows the use of technology within the buildings without being sapped by the Bullarum. Ventilation air in these cases must be pumped up from ground level or otherwise scrubbed to prevent Bullarum from entering the building.

Bullarum survive by absorbing electromagnetic energy. They can subsist on the energy created by the sun's reactions in the atmosphere, but thrive and grow exponentially and rapidly in the presence of radio transmissions, artificial light and powered technology.

Bullarum prevent most non-line-of-sight communication. Massive transmitters can temporarily override the interference; but within an hour or two, the Bullarum blooms catch up to and match the energy provided.   Power and Control systems of flying vehicles are also sapped of energy. Any sensors relying electromagnetic energy suffer the same fate as RF communication, becoming nearly useless at altitude. Furthermore, man-made machines tend to become more unreliable when operated at altitude as their component parts are slowly eaten away by the invasive bullarum.

Bullarum can be found scattered throughout the troposphere around the entire world. They are concentrated most heavily between 25 to 1000 meters but are prevalent in significant numbers as high as the ozone layer (about 10-20 km)

Bullarum originated on a world with minimal magnetic field. The subsequent electromagnetic energy that barraged the atmosphere of the planet gave rise to an organism that thrived on it.   An interstellar group whose technology was based upon genetic modification and reliance on using life-based products (mostly organic, but also various silicone and other element-based life) adapted Bullarum to terraform a machine-world and revert it into a virgin planet. They adapted the bullarum to deconstruct materials associated with non-biological technological advancement while at the same time avoiding materials associated with biological life.   Isolated on the machine planet, the Bullarum were thought to be effectively quarantined. No one planned or expected a rift to open on the planet from Rifts Earth. Millions wafted accross to Rifts Earth before the rift closed. The abundance of electromagnetic energy suffusing Earth was enough to allow them to permeate across the planet where they continue their purpose: deconstruct technological materials and absorb electromagnetic energy.
Origin/Ancestry
The Bullarum came from another world in the early days of the Great Cataclysm, They feasted on the prolific electromagnetic energy permeating the planet in the form of communications and flying aircraft. 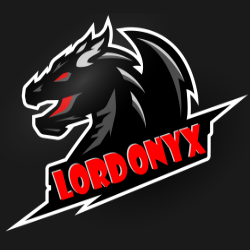 This is an interesting Idea, but the Splugorth of Atlantis, the NGR, The Coalition states, and any sufficiently advanced tech based society would find this untenable. I find the continued existence of the Orbital blockade to be far fetched past a certain point P.A. Electromagnetic shielding (such as that to protect against EMPs) would prevent them from absorbing energy, and the Splugorth in particular would more than likely wipe them out Biologically or using Bio-Wizardry since they rely on the functioning of their Kittani minions Tech devices for transport and communication. I dunno.. I like the concept and the intent, but I think besides the fact that Coalition states and the NGR would of been crippled into obscurity without the use of air power and Transport, it just seems like something too restrictive to be allowed to persist by the Societies that have ways to deal with them.

EMP shielding wouldn't prevent against this. All EMP shielding does is create a faraday cage around that which it protects. So it only really works in one direction, but I get you. It would not be too hard a leap to engineer a solution that protects in both directions. My concept originally involved the Bullarum preventing combustion engines from working, or anything technologically advanced enough, but anyone scientifically astute would realize that combustion engines are just a chemical process with levers involved and it would be hard to explain it away. So I settled on them absorbing EM energy. That serves its purpose in eliminating all the plotholes that allowing airpower would create in RIFTS Earth. Besides, for all the reasons you state, the Splugorth would have utterly destroyed the Coalition, NGR and Japan by now if they had been allowed to leverage their own airpower. Perhaps we could introduce some even more advanced society that has learned how to adapt their technology to survive the Bullarum, but for now none of the players oin Rifts Earth have managed it.   As for eliminating the bullarum? At this point it would be like trying the eliminate the flu virus or somethind else just as pervasive. They would have to destroy the atmosphere to eliminate the Bullarum and that cure is worse than the disease.

Yeah, I always thought the Splugorth hadn't taken over because by canon, there is some unwritten yet understood rule among A.I. that worlds like Rifts earth are Free for all and if you try to monopolize it you get a multiversal war of retribution. I am still not sure why certain groups have let the lack of satellite comms go. It's probably a less problematic solution to just say that they were created by magic to begin with since magic explains away a lot, and nothing but magic has worked yet to stop the effect from working on Technology. I guess Biological Airships would work too though.. This whole concept definitely makes the Magic Cities and the Lemurians way more powerful, and makes it harder for the CS to go all Genocidal without Deaths head transports to move crap around. Also makes those NG Land Hover Trains more useful and necessary. All in all I have to say I agree with the concept, it's pretty much the same reason most MMOs eschew giving players air travel. Keep the World feeling huge and Mysterious.

Making them magic might actually work. In my cosmology magic and technology don't agree unless you're a techno wizard, so an atmosphere full of magic particles might make anything relying on Physical Laws to behave unexpectedly. Roll every [time period] for chance of erratic behavior or worse, failure. Would still have to explain why low-altitude and surface technology still works, however. Can't not have SAMAS zooming around!

Well, technically .. nothing has to change.. just have them BE magical, like an actual product of alien Bio-wizardy .. maybe a Magical version of the anti metal/tech nanobot virus from Splicers. basically they avoid Biological life and suck energy from tech because that's what they were designed to do. Which still allows for low flying SAMAS because the pilots aura can still get through and repel the Bellarum, but only at certain low altitude concentrations.

Entropy. That's the key. They were released onto a machine world by a group of interstellar biomancer environmentalists with the specific purpose of breaking down all the materials of that planet. For all intents and purposes they were trying to recycle the planet and make it suitable for life again. ...maybe it could be the homeward of the mechanoids? Wouldn't that be an interesting twist? (see It's a Mads Mads World plot for more background on that) So on a totally machine world they were an instrument for basically terraforming. This would also explain their inherent aversion to all things living. They were thought to have been isolated and quarantined on that planet, but no one expected a rift event to open on it. I think I'll use my existing concept of Bullarum as the origin species that was modified for this purpose.

Hmmm... now I've got a source idea for a nemesis of the Mechanics. maybe an all-organic group. Maybe even an all-organic off-shoot of the mechanoids themselves? A mechanoid heretical schism? Just as insanely murderous, but ideologically protestant? ... brainstorming here... Or are they a separate group of ecological purists who wander the spaceways in their living ships in an attempt to bring coexistence to all beings?

I have often thought that Lemurian level Biomancers would have access to splicer level creations and modifications that were less parasitic like the Bioarmors and tech included in their book, but with the variety of options presented in Splicers. There could even be a More Advanced version of that Culture/Technology which could rival/surpass the Genesplicers in their ability to manipulate DNA and life forms, especially since its based on magic as well as knowledge of biophysics, unlike the aforementioned genesplicers and genetechs who rely strictly on knowledge/scientific application (which is admittedly advanced enough to APPEAR magical). That addition of splicer material to the Biomancy of the Lemurians has long been a goal of mine to actually conceptualize, along with the use of the alien Mollusk Metal from Underseas, which would make fabulous bio armors and weapons. Also the proliferation of Vacuum/space faring life forms makes such a civilization just as capable of being space faring as transdimensional. (think Species 8472/the Vorlon) Even beyond the capability to make living, organic vessels, the prospect of them using the same type of organisms that empower their fighters and shuttle craft (and maybe that's even how their cities fly) should theoretically be capable of making Stone pyramids capable of Flight, with magical rift drives for FTL, living Bio-computers, subsystems and Force field generators. Through in the ability to terraform and reconfigure life they encounter for their own purposes and you have a definite Biological/Organic nemesis for the Mechanoids. (although to be fair the Mechanoids don't hate organic life, just BIPEDAL life, since they are still alive themselves). Maybe this Advanced Biomancy civilization is an offshoot of the original Organic Life forms that gave up that life for pursuit of Technology and became the Mechanoids. This whole thread has been a ton of fun. Thanks for helping me be excited about stuff again..lol