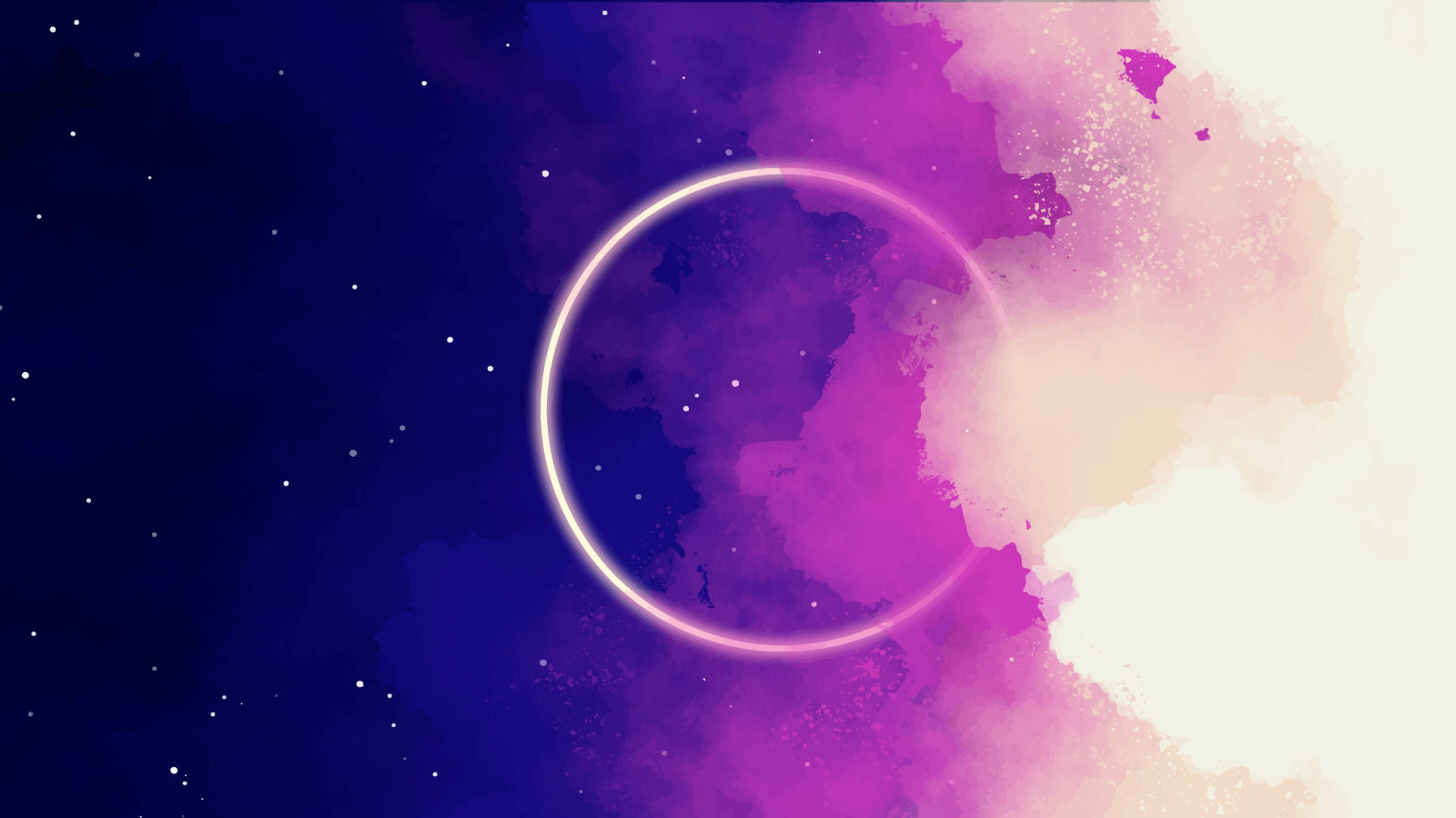 I shout at the tunnel of water above my head. "Viritine?"   She appears, her shadowy form obscured by the prismatic waters. She stops just above me, hovering like a spider. "Amber?"   "Can I ask you something?"   "Of course."   I take a deep breath and let it out before speaking, "Why did the crew abandon ship? I can't help but feel like you're hiding something."   "If I was, do you think talking about it would encourage a revelation?" She asks.   I'm left blinking in silence for several moments. Eventually, I give in, "I guess not."   "Then why ask?" She lacks a face, but I can almost feel a smile there in the medium, one that's sincere and overly polite.   "A desire to know?" I reply with a smirk.   She laughs. "They didn't abandon ship… technically. I'm surprised you don't know. We do not retreat or abandon our ships, especially one such as I."   "Well…" I pause and my cheeks go red. Of course. Why didn't I consider that? "My fault. Forget I asked." With a nod, I turn away and Fraeia blocks my hasty exit from the room.   They look concerned, but I avert my eyes, unable to look them in the face for too long. "Amber?"   I look up from the ground. It hits me then how there were no bodies aboard. There were no signs of fighting, no hull breaches… nothing. "I'm fine."   They shake their head and step around me. "No, you're not." Before I can reply, Fraeia turns their attention to the waters above. They speak in my language, something I didn't expect. "I'm curious as well. The pods are all empty. Where are the others?"   Viritine replies in a low voice, one that makes me shiver. "Somnihein."   Fraeia freezes in place, still and silent like a marble sculpture. The room falls silent, one broken by Viritine calling my name, "Amber."   I rush forward and see the look on Fraeia's face. I see shock, an expression of pure horror. They're afraid, their body shaking in controlled bursts of barely perceptible convulsions. Are they having a seizure? Do the eden have seizures?   I panic, unable to even fathom what horrible thoughts could make someone's eyes so wide. "What's happening?" I ask. No answer. "Viritine," I scream.   I grab Fraeia by the shoulders and give them a gentle shake. "Fraeia?" I call, shaking with more force.   Fraeia blinks. Their body trembles as their eyes scan the surroundings. It's as if they forgot where they were. When their eyes meet mine, I let go of their shoulders. They take a deep breath as tears well up in their eyes. I'm pretty sure it's the first they've taken this whole time.   "What just happened?" I ask. Again, no answer.   Fraeia nods and leaves the room the same way they came, their words pouring out between gasping breaths. "If you wish to collect your reward for returning the ship, you'll need to travel with us. After a few minor repairs, we will warp to Fever Breech. Best keep your vessel docked with ours."   I nod, only half understanding the words. My mind lingers in Viritine's response. Somnihein; The loop.   It takes the translator more time to translate it for some reason, but I remember learning about it back on Safeharbor. Somnihein is an ascension to a higher form of existence and knowledge, a mental illness.   It is the name of their faith, and something all eden seek to avoid. The loop is the inevitable endpoint of their existence, a one-way ticket to the afterlife. Don't worry. I don't know what any of it means either.   Before long, I find myself back on my ship. I slide into bed and drift in and out of sleep. When I finally drift away, the dreams come.   Why is it always when I'm dreaming? I used to love dreaming. Before these… visions came along, my dreams were the only place I felt safe. In the end, it's just another thing Gibraltar took from me, and now it calls to me again, though I can't imagine how.   I see lush wetlands, swamps with a thick canopy of green leaves. I hear the crack of rail guns in the distance. I hear explosions sounding off in all directions. Then I hear the screams. They're screams of pain, yes, but there's rage behind it. The cries rise from the ground below as trails of smoke streak across the sky; chunks of metal and other debris falling to the surface from orbit.   The sun dances across the sky. Time passes and the canopy changes. The leaves fade to red in random circles across the field of green. It's a deep red like the strawberries back in the Autumn apiaries.   It's only then I realize the star in the sky isn't a star at all, not anymore. The star is long dead, it's light still visible from the accretion disk. It's a black hole… and it looks hungry.

Mouse rubbed her temples, the hustle, and bustle of bureaucrats around her. Some talked in civil tones while others shouted, but neither side would give.   "We can't just ignore it," Lethe said.   Caydie nodded in agreement. "But where do you expect to get the resources, the labor? For the past decade, Getting people to the depths is like pulling teeth ."   "My bad," Mouse joked. She smiled as the room filled with livid cries and callous laughter. What were we talking about again? She asked herself. She struggled to remember with all the noise.   Lethe shook her head "Elder Thakur. Do you have any ideas?"   Mouse's eyes went wide as she looked up at her colleague. "Not really. Should I?"   The fighting went on for hours, even after the room emptied. Mouse felt her heart beating against the inside of her chest when she left the room. The path to the safety of her office was a long one, and not because of distance.   She took care not to walk too fast but those who saw could tell she walked with purpose. She was almost there.   A young man called out to her. "Elder Thakur, if I could have a moment."   Mouse stopped and listened, nodding in reply and giving a gesture to continue.   The man gave her a tablet, the screen displaying a series of words and numbers. "Logistics in Juliet report a shortage in food. We have maybe a few months before it becomes a problem, but we need to act now to prevent it."   Mouse nodded. "Autumn has a surplus. Send it over. That way everyone can make it to the next harvest without rationing."   The man seemed surprised. "With respect, our surplus is meant for emergencies. Should we need to shelter in place-"     Mouse cut him off with a laugh. "What good is a government without people to govern? If they starve, we're out of a job. I call that an emergency."   The man gave a nervous smile and nodded. "Understood."   She pressed further down the hall. She could see her office door and longed for shelter. A woman called to her then. She sighed, wondering if she should just keep going and pretend she didn't hear it. She took a deep breath and turned to the woman, "Yeah?"   "The latest resolution passed has a problem. We need more steel than we thought and the cradle is already busy producing ships. I don't like living in shacks, but this might not be possible in the time frame given."   "Hmm," Mouse began, the anger building like a rising heat in her chest. "Are the ships made of steel?"   The woman blinked silently for a moment, then nodded. "Well," she stuttered, "I mean, yeah."   Mouse smiled. "Looks like a solution to me. Repurpose them until you have enough."   "That will make some people upset."   "Maybe," Mouse said. She turned away and started her journey once more. Her parting words dripped with sarcasm behind a sly smile, "It's not like they voted on me or anything." With any luck, this will be her first and last term.   When she found herself safely behind her office door, Mouse let out a long sigh of relief. Like removing a mask, her smile faded. She clasped her hands on her face and leaned back against the door.   What did I get myself into? She thought. Tears formed, but she held them back. She stepped forward and sat at her desk, her eyes scanning the stacks of notes, memory chips, and other responsibilities she neither cared about nor wanted.   When her eyes caught the bloodstained bible, her face lit up. Dad, she thought. Her dad always made her feel better. She stood up, eager to hear his voice and see his smile. She stopped.   Her face hardened when she remembered, tears slipping past her controlled facade. It happened again. She slumped back down in her chair. It's hard to see someone who's been dead for two years.

And now I want to leave a second like for the fine addition that is the last scene, well done !

Oh ho ho ho yes, this is the good stuff.

Ok! I can read again! Going to try and make progress catching up! Very curious, Somnihein will be something interesting to read more about going forward, I'm sure!   Glad to see some flashbacks to how Mouse handled things in the aftermath of the last season, too!

Absolutely! I wanted to at least touch on how other characters are going. Somnihein is very crucial to this season, so its definitely getting a deep dive. Thanks so much.